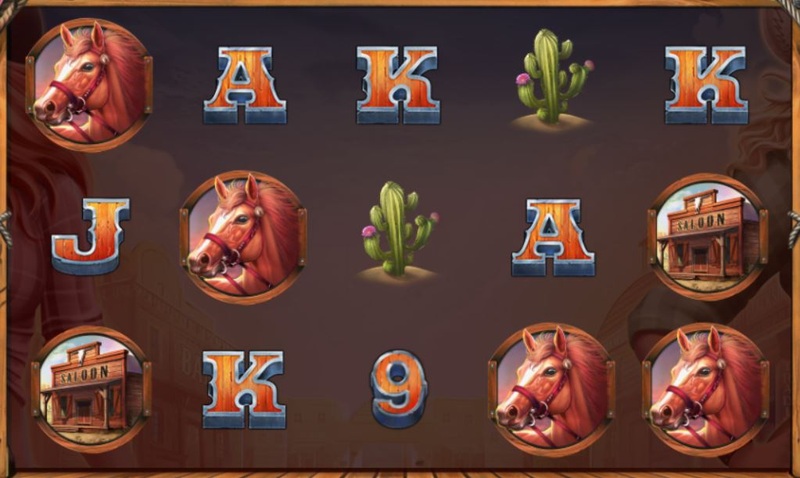 Prepare yourself to get Trigger Happy with this online slot game from RTG; and with a title like that, what else could this game be based on other than cowboys? As one of the more recent releases from this brand, Trigger Happy features a nice collection of graphics, both upon its reels and in the background. Speaking of which, the background is made up of two cowgirls – a blonde on the right and a redhead on the left. They’ll also play a little bit more of a part in the actual game as well, which we’ll get to a bit later.

As far as the game’s symbols go, they start out with the playing card symbols from 9 through to A, all designed with a bit of a Western flair to them. Then comes a symbol of a cactus, which is followed by some cowboy boots. A shot of the saloon makes up another symbol in Trigger Happy, while the final two symbols are those of the horse and the cowboy wielding his shotgun.

This RTG slot will provide you with a layout that consists of five reels and three rows altogether. At the same time, you’re able to place bets on a total of 30 pay lines. These lines have been fixed in position too, so you cannot adjust the active number. You can, on the other hand, alter the amount of your bet per line between the minimum of 1p and maximum of £5.00. This means that the maximum overall wager possible on this slot stands at £150 per spin.

Plus, if you look in the top-right corner of the screen during base gameplay, you’ll see two progressive jackpot totals. These are the Minor Jackpot and the Major Jackpot. Both of these are paid out completely at random, so your only task is to continue spinning the Trigger Happy reels. Perhaps you’ll find yourself as a big winner. 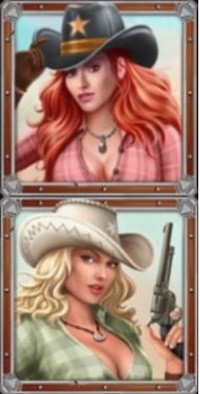 You know those two cowgirls that emblazon each side of the reels that we mentioned earlier on? Well, they’re about to come into effect, because both of them act as grouped wilds within the game.

The redheaded cowgirl appears in groups on reels one and two, while the blonde cowgirl does exactly the same on reels four and five. As wilds, they will substitute for all other symbols on the reels, with the only exception to this rule being the scatter symbol. 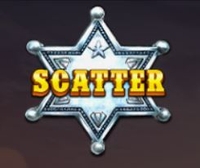 The scatter symbol of Trigger Happy is that of the sheriff’s badge with the word “SCATTER” written on it. This symbol has the ability to appear anywhere on the reels and it doesn’t need to be on a winning pay line to to provide you with a pay-out. It can reward you with up to 100x your in-play wager, though.

But it’s not only pay-outs that the scatter symbol will give to you in this game, it will also activate the feature round. You’ll be rewarded with seven free spins whenever three or more of the scatters appear across the reels. You simply need to select either the Redhead or the Blonde version of free spins, which will then reward you with one of two bonuses. Any three or more scatters showing up while free spins are action will award an extra 5 free spins for you to benefit from. 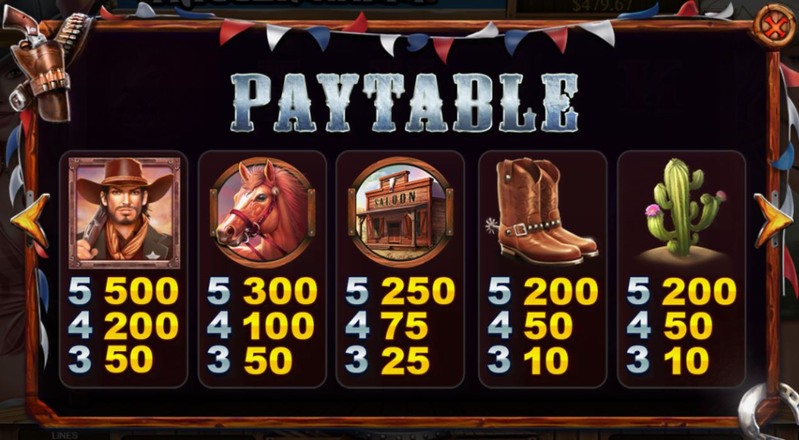 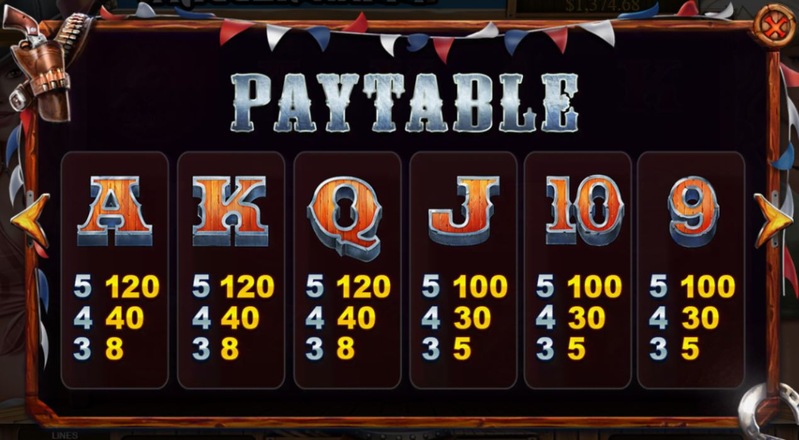 Trigger Happy may be a more recent release from RTG, but it really stands out against the others from the developer. High-quality graphics ensure this is true from the get-go, but when you also consider all of the inbuilt features that the slot contains, things go from good to infinitely better.