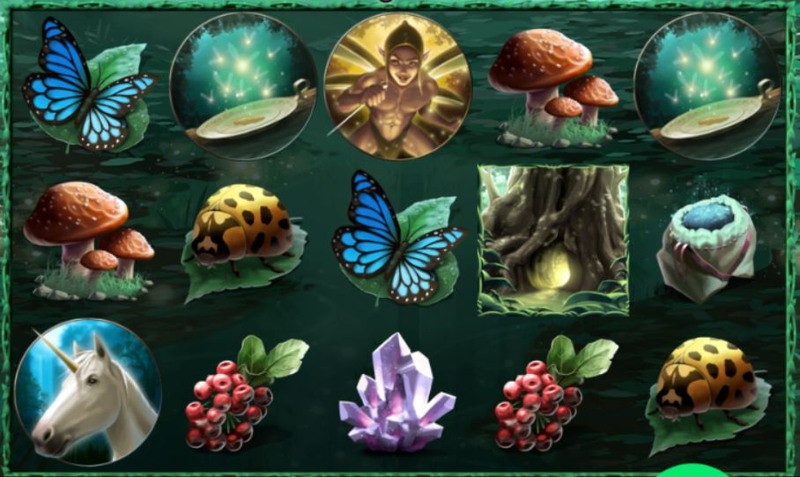 Stardust is full of magic and sparkle, with fairies, unicorns, and other mythological beings inhabiting the game world. Of course, being an RTG offering, it also has some impressive graphics to bring them all to life along with an enchanting soundtrack. So, if you’re a fan of magic and fantasy, then Stardust is the perfect slot game for you to get lost in.

The symbols upon its reels start off with a bunch of redcurrants, followed by a striking crystal. There’s also what looks like a sort of magical rock and then a collection of toadstools. A yellow and black bug on a leaf can be seen next, which is followed in line by a blue and black butterfly. The game’s three highest-paying standard symbols are the glowing fairies, the graceful unicorn, and the close up of the male fairy.

When you play Stardust, you’ll see a layout made up of five reels and three rows – so it utilises a very standard video slot interface – joined by a set of 243 ways to win. This is not something that you have the ability to change, although why would you want to when so many possibilities are available? You still have the ability to customise your bet, though. This is done with the relevant plus and minus buttons at the bottom of the reels, allowing for wagers between 40p and £100 per spin.

While you’re playing the base game of Stardust, you may see a random Lucky Feature activate at the end of any standard spin. This will then transform one, two, three, four, or five reels into totally wild reels and a single re-spin will also take place afterwards.

What’s better than a single wild symbol in a slot game? Two of them, of course! That’s precisely what occurs in Stardust, with a green fairy providing one and a blue fairy providing the other. The green fairies are wild and count for all symbols with the exception of the slot’s scatter addition.

Green fairies may also morph into blue fairies before any pays are awarded to you. These blue fairies have the same substitution rules as the green ones, but the prize pay-out is multiplied by 4x if it helps form a winning combination. 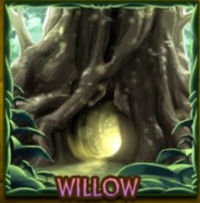 Watch out for the appearance of the willow tree image, because this symbol is the slot’s scatter. Scatter wins are multiplied by the total bet in place, with up to 125x your overall wager being possible from it. The willow scatter is also responsible for activating the slot’s free spins round as well.

You will need to spin three or more of them to trigger freespins, and you’ll be on the receiving end of 8, 15, or 50 free spins depending upon whether 3, 4, or 5 scatters triggered the round. On each of the free spins that you take, a single reel is made up entirely of green fairy wild symbols. You can also trigger additional free spins from playing the feature round. 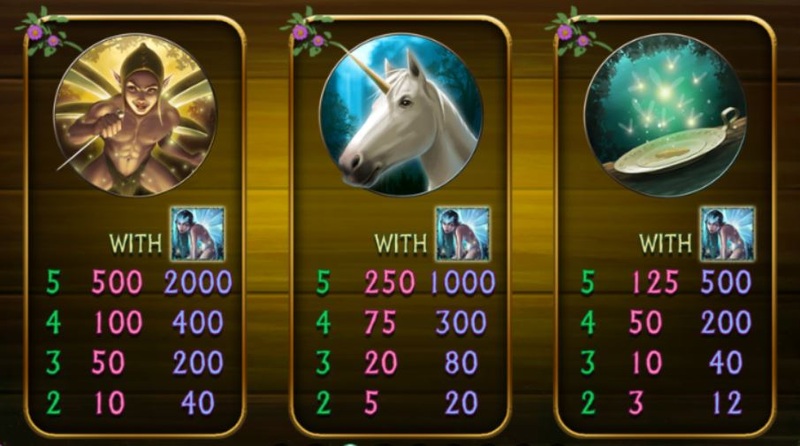 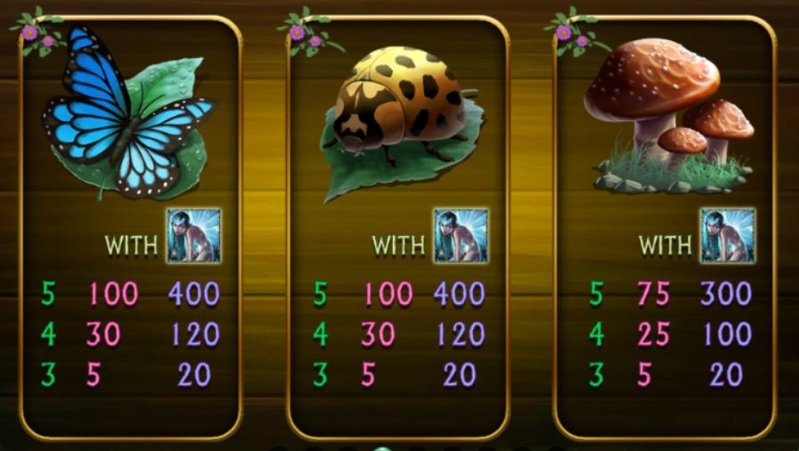 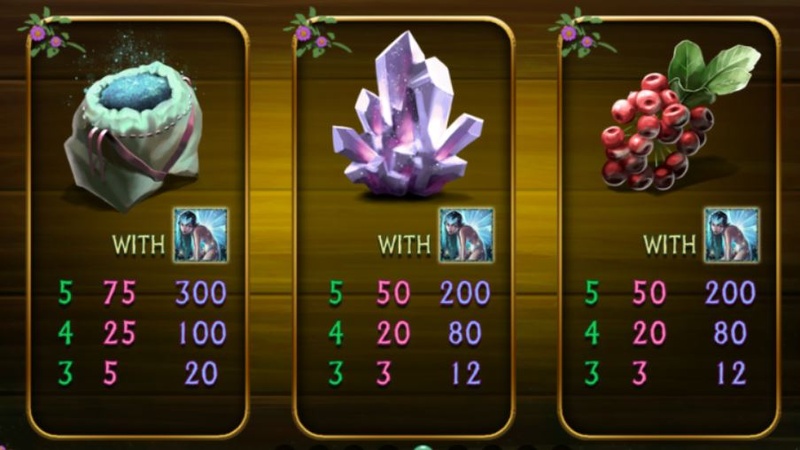 Stardust is certainly one of those slot games that has a magical quality about it, capturing your attention from the very first moment. That’s quite fitting considering the inbuilt theme. With the addition of high-quality graphics and animations to the slot, as well as a free spins round, lucky feature and two different wild icons, is there any wonder that Stardust is as captivating as it is?