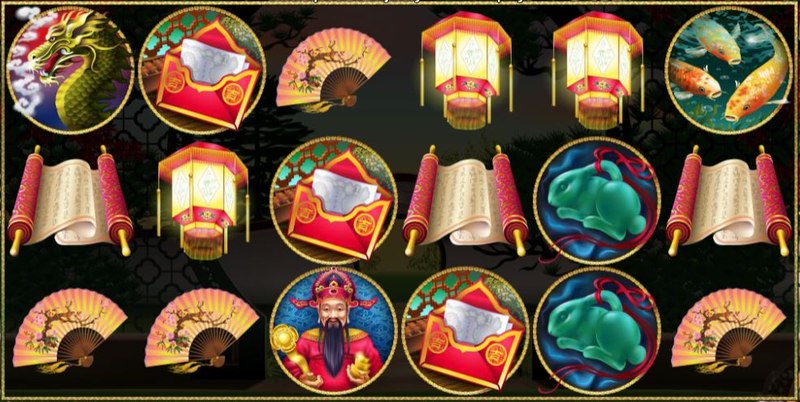 Maybe you’ve heard of the RTG game Lucky 8 before? If you enjoyed that one then you may also want to check out Super 6, because they’re sort of connected. The theme and imagery of Super 6 utilises the popular oriental theme and RTG manages to execute this in a wonderfully entertaining way, thanks to the supreme quality of the graphics within. Even the background of this game is animated, with a water wheel on display and a water lily gently swaying with the rippling of the water.

The symbols are just as impressive, starting off with a Chinese lantern and a traditional fan. Then comes a scroll and a set of Chinese fireworks. You’ll also see symbols of koi carp, a piece of jade jewellery in the shape of a rabbit, and a red envelope containing money. The two highest paying standard symbols in Super 6 are the green dragon and the emperor.

These symbols all show up on the game’s six-reel, three-row layout, which is a slightly larger-than-average interface to be playing on. Across this layout there are 729 ways for you to win which is a massive number, and not something that you’re able to customise, but you can adjust the wager that you bring into play per spin. To do this, simply use the up and down buttons displayed at the bottom of the reels, and select a bet between 30p and £150 per spin. 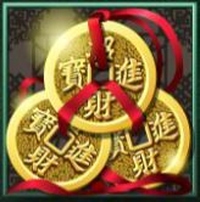 You’ll recognise the slot’s wild symbol because it looks like a collection of gold pendants looped together with red string. This can come into view anywhere on reels two, three, four, and five only, but they count for all other standard symbols in the game, with the only exception to that rule being the scatter icons.

If the wild symbol does contribute to a winning combination in Super 6, then you will receive a double pay-out for it.

The scatters that show up in this slot are represented by the symbols spelling out the word SUPER 6. These can appear in any position and still reward you with a pay-out, which can reach up to 30x your in-play bet. They’re also responsible for the multiple feature triggers that can occur within the game:

Everything about Super 6 is just completely compelling. It has excellent graphics and gameplay that is only accentuated even more by the addition of an amazing free spins function and the double wild symbol. Plus, the soothing soundtrack will keep you calm as you play. Overall, it’s another one that we really enjoy as part of the RTG collection.