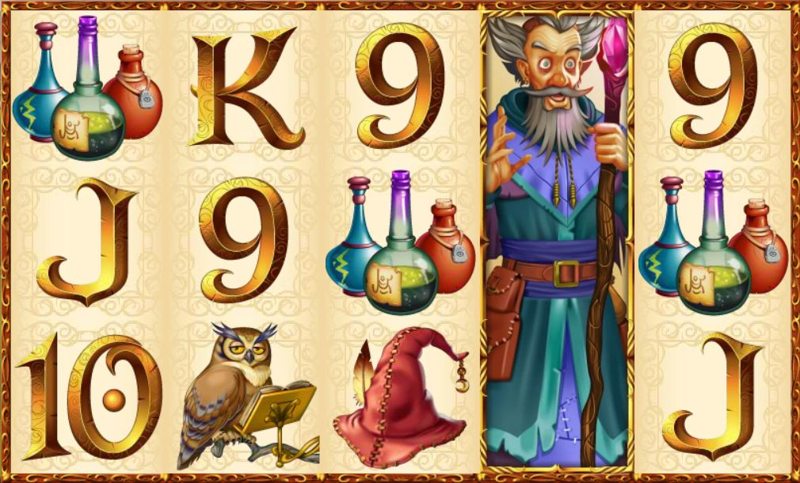 Wizards can be pretty wild in any case, but when you combine them with the magic of an online video slot, who knows what could happen? Wild Wizards is happy to let you in on the answer to that query.

This is one of those RTG games that has been imbued with some wonderful graphics throughout; you’ll be taken to the wizard’s lands with green grass, a couple of trees, and rocky mountains on display in the background. Meanwhile, the wizard’s own abode can be seen, or at least the spires are visible. Upon the game’s reels is where you’ll see the symbols. The first of these comes in the shape of the playing card icons that run from 9 through to A. You’ll also see a symbol that features three bottles of magic potions, the wizard’s red hat, an image of the front of the wizard’s house, and the wise old owl operates as the final standard addition.

Accessing the slot will provide you with a layout that consists of five reels and three rows in total. Across this layout, the developer has gone for a set of 25 pay lines for you to bet on, yet should you not be happy with betting on this amount, you can reduce the number easily. You can also adjust the value of your wager, simply by using the up and down buttons from the bottom of the reels. With these, you’re able to choose from wagers between 25p and £2.50 per spin.

Finally, if you look at the top-right corner of Wild Wizards then you’ll see two progressive jackpot totals. These values will continue to increase as people place bets on the slot. They’re paid out totally at random, so as long as you keep spinning the game’s reels, you could end up as a Minor or Major jackpot winner. 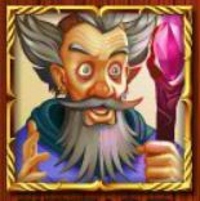 If the wizard makes an appearance on the reels, then he’ll be able to bring his own form of magic to the game. Why? Because he’s this slot’s wild symbol, and he can appear on reels two, three, four and five. When he does, he will substitute for all the other standard symbols, assisting you with creating winning combinations in the process.

He can even stand in for the slot’s scatter symbol. Furthermore, whenever a wizard wild comes into view, it will expand across the entirety of the column that he’s on, covering all positions. 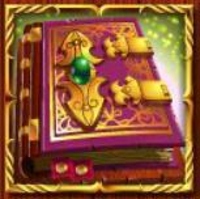 The scatter symbol of Wild Wizards comes in the shape of the book of spells. Scatters have the possibility to show up anywhere on the reels; it doesn’t matter where they occurs because they will still reward you with a pay-out. Five of them coming into view will multiply your wager by 50x over, but that’s not the only thing that the book of spells is responsible for. It will also activate the game’s feature rounds – of which there are five possibilities. You just need to ensure that a scatter comes into view on reel one while a wizard wild appears on reels five simultaneously.

Wild Wizards certainly has a lot to offer up to players, with very impressive graphics and animations taking centre stage initially. With five separate types of free spins rounds to trigger from the appearance of the wild and scatter, you can really start to see how magical this RTG game can be. A great addition to the catalogue of games from the developer.