Every year should be a Santastic year if this slot is anything to go by. This RTG slot celebrates Santa and his elves and all the hard work that they do in Lapland. You’ll get to see them in the midst of their Christmas traditions meaning that there’s plenty of yuletide joy on the reels, and despite the fact that this slot was created back in 2013 it hasn’t lost any of its appeal over the years.

Symbols start with a teddy bear and a candy cane, followed by a stocking full of gifts and a symbol of a Christmas pudding. A snowman also appears on the reels, while a sign pointing to the North Pole shows up too. The final three symbols are represented by an elf carrying plenty of presents, Rudolph the reindeer whose antlers have been decorated with baubles, and Santa checking his naughty and nice list.

The overall layout of Santastic is made up of three reels and three rows in total. This is a smaller interface than what slot gamers might be used to, but it doesn’t serve as any kind of downfall. Across the reels, there are five pay lines for you to bet on, but you can reduce the active number of pay lines by using the relevant up and down buttons. The coin value is set at 10p per active line though, meaning that the maximum overall bet in Santastic stands at 50p per spin.

Two wilds are present in the Santastic slot. One of them is represented by two stockings on the hearth, and the other by three stockings in the same place. Both of these will substitute for all other symbols in the slot, with the exception being the Jackpot symbol. 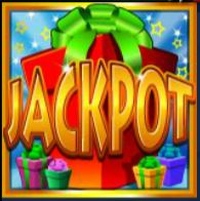 The jackpot symbol in this game is represented by the red-wrapped gift box. If one of these shows up in the centre of reel two then you are awarded with an Extra Jackpot Chance. This sees the reels re-spin in a bid to bring more jackpot symbols into view. 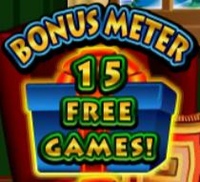 Any time that you form a winning combination of any three-of-a-kind symbols across the reels, you’ll activate this feature. The only exception is if you form a progressive jackpot win. From the Festive Feast Feature, a light will flicker between the different signs on each side of the reels. Whichever one it lands on is what you will be rewarded with. The possible bonus rewards are as follows: 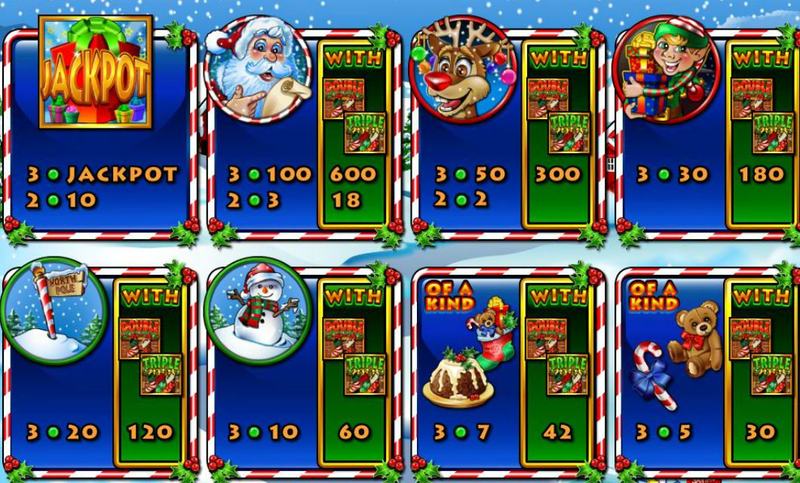 There’s a lot to watch out for in Santastic, and that’s what keeps it interesting throughout. The graphics are amusing to behold and the game runs very smoothly. With the inclusion of free spins and a progressive jackpot total as well as other bonus rewards, you could say that this stands out as being one of the best 3-reel games in existence.