We’re off to sunny Mexico with this RTG slot game – could you have expected anything different with a title like Jumping Beans? This slot game is one of those that brings forth a unique sort of setup and intriguing gameplay alongside. We’ll get to that part shortly, but first let’s take a look at the graphics. RTG has utilised some impressive imagery throughout the slot, inclusive of the symbols that appear on its reels. These symbols start off with the sunshine, another of a taco, and a third of a cactus. There’s also a rose, a pair of maracas and a Spanish guitar. The Mexican embassy also appears on the reels as a symbol, while the remaining standard symbol is of a fairly nasty-looking Mexican outlaw bean, complete with sombrero and cigar. He is known as Bandido Bean!

The layout of the Jumping Beans slot game is made up of three reels and three rows in total. It’s a bit of a smaller interface than what is considered the norm for video slots these days, and across this layout there are five pay lines for you to place your bets on. These lines have also been set in place, so you don’t have any option to customise the active number per spin.

You do have the option of changing the bet that you place on the five pay lines though. This is done with the relevant up and down buttons at the bottom of the reels. Using these, you’re able to place a bet of anywhere between 1p and 10p per line. Therefore, the maximum overall wager in Jumping Beans stands at 50p per spin.

If you look at the top of the reels, you’ll see two different jackpot amounts. These are the Minor Jackpot and the Major Jackpot. These totals increase whenever someone places a bet on the Jumping Beans game. Progressive jackpot amounts are paid out at random, meaning that you can win at any time. Just keep spinning the reels and you never know, you could be on the receiving end of a huge pay-out. 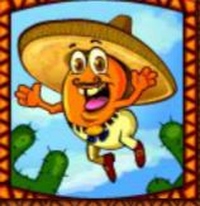 You won’t get far without a wild symbol, right? Well, fortunately, there’s a wild in this game coming in the form of Mr Bean (that’s a character in the shape of a bean, not the Rowan Atkinson creation).

As a wild, he gets to substitute for all other symbols on the reels, with the exception of the scatter addition. If he helps you with forming a winning combination, then the pay-out that you receive for such is doubled. Three Mr Bean wilds on a winning pay line will reward you with 1,000x your overall wager. 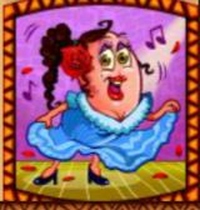 A Mr can’t proceed onwards without his Mrs, and that’s why Mrs Bean acts as this slot’s scatter symbol. Mrs Bean is able to show up in any position on the reels and she will still reward you with a pay-out.

Furthermore, it’s also the case that after normal pays, if any reel has a Mr or Mrs Bean appearing above or below them, the reels will nudge once to bring them into view on the reels. Pays are then awarded again after the automatic nudge.

Bonus Bean Feature – Mrs Bean’s job isn’t only to provide you with pay-outs from anywhere on the reels. In fact, she can also trigger the slot’s free spins round, too. You’ll need to bring three of the scatter symbol into view in any position on the reels in order to activate it, and a total of 10 free spins will be granted to you.

If a Mr Bean, Mrs Bean or Bandido Bean appears during the round, these will accumulate on the Bonus Beans Tally and award a bonus prize at the end of the feature. You can see the tally for these at either side of the three reels. Accumulating enough of them will allow you to receive a multiplier of up to 100x your in-play bet. 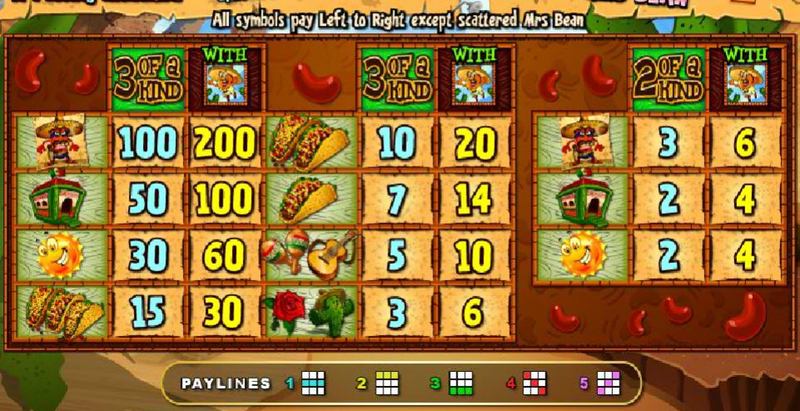 Overall, Jumping Beans provides its players with a perfectly entertaining slot. RTG has brought some intriguing graphics to the game and, if we’re honest, a great theme to life. The inclusion of free spins, a pair of progressive jackpots and the bonus bean feature make it all the more thrilling to access. It makes for a perfect RTG offering, in our opinion.