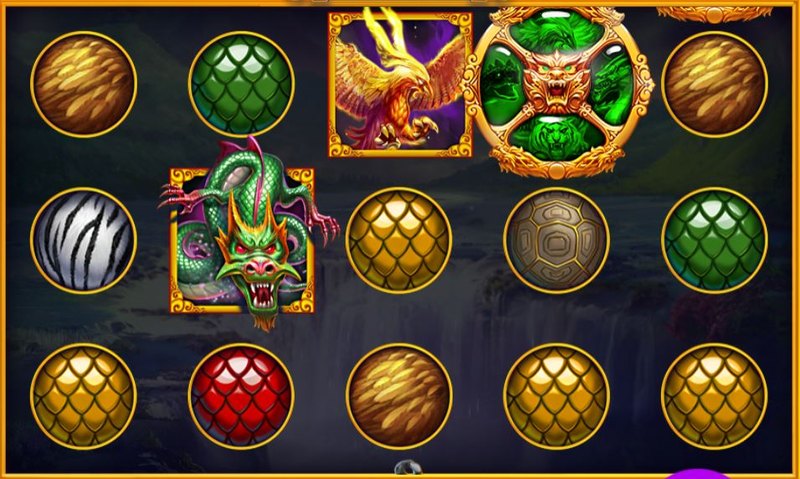 Ancient Gods will take you on a journey to the orient, with wonderful animals appearing on its reels to symbolise some of the different zodiac signs of the Chinese calendar. It’s really quite an attractive game visually, utilising supreme graphics to provide a stunning setup. Not only that, but Ancient Gods has a thoroughly appropriate soundtrack for you to hear as you spin its reels and amass your wins. There’s nothing else quite like this RTG offering, making it stand out as one of the developer’s finest creations.

It’s got a few standard symbols which come in the design of animal prints and scales, and alongside these you’ll see the white tiger god, the phoenix god, the tortoise god and the dragon god. You’ll feel as if you’re navigating through the most scenic parts of China with the background on display in this game, too.

The slot itself features a design of five reels and three rows, so everything looks standard in this respect. RTG has also taken the decision to include a set of 25 paylines, although you can customise these easily enough to play with less, just make use of the plus and minus buttons at the bottom of the reels. It is here that you can also change your bet, with the second set of plus and minus buttons. The line bet is changeable between 1p and 10p, therefore, the maximum bet that you can place in Ancient Gods is £2.50 per spin. 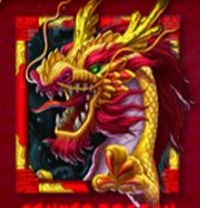 As well as having a standard green dragon symbol this slot also comes with the Center Dragon, which is red in colour. This one operates as the game’s wild symbol, substituting for all other icons on the reels. The one exception to this rule is the scatter symbol.

It also pays out if you manage to spin five wilds on a winning payline to the tune of 2,500x your stake. One more thing to make mention of, is that if the wild does show up, it may reveal two additional Centre Dragon wilds, which will hop into the other two remaining positions on that reel, making it completely wild! 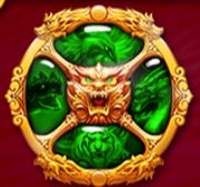 You’ll also see that there’s a Golden Medallion symbol on the reels, which is the Ancient Gods scatter. This one is able to show up in any position and still reward you with a pay-out. Five of them in view anywhere will ensure that your pay-out stands at 200x your bet.

This also has the same effect as the wild, in the sense that it can reveal two additional Centre Dragon symbols on the same reel.

Ancient Gods comes with its own free spins function, which is triggered by three or more of the scatter coming into view anywhere on the reels. You’ll get two free spins for each Centre Dragon wild or Golden Medallion scatter appearing on the triggering round. This means that you’ll have at least six free spins to play through.

During the round, all wild symbols and scatters showing up on the reels will reveal extra wilds for you to benefit from. The prizes in this round are doubled should four scatter symbols be responsible for triggering it, while wins are tripled if you triggered the round with a full set of five.

One final thing to make note of is that the free spins round can also be re-triggered while in action. You just need to spin another three or more scatter symbols into view for this to occur.

Ancient Gods definitely stands out for all the right reasons. Supreme graphics lead the way alongside the wonderful soundtrack, and the inbuilt features ensure that everything merges together in a great RTG offering. We’ll always be appreciative of free spins, but with a wild symbol and a scatter that can both reveal additional wilds on their respective reels, it makes things even more exciting. Overall, it makes for a great addition to the selection of options from this developer.