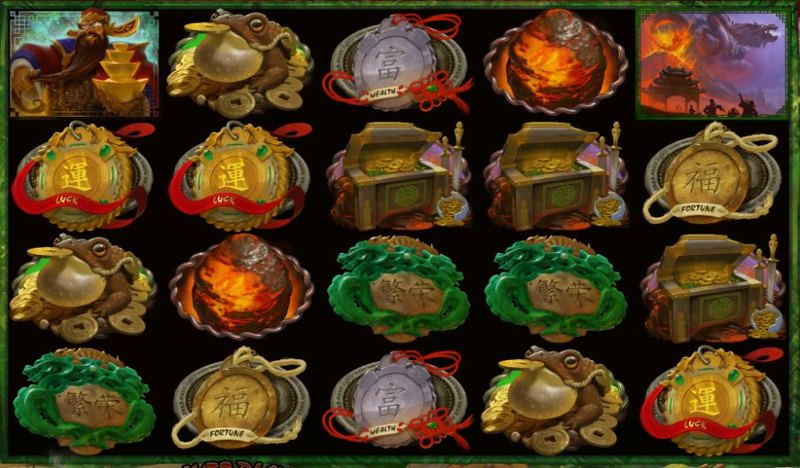 Fucanglong from the Real Time Gaming (RTG) brand brings forth another of those Eastern-themed slot games. Featuring a more mystical side of things this time, Fucanglong brings dragons to life right in front of your very eyes. In fact, Fucanglong is the name of an ancient treasure dragon of Chinese mythology, therefore, it’s expected that he will bring you good fortune if you manage to spot him flying through the skies. This RTG slot does feature him as a special symbol, but in the base game there are some more standard symbol additions.

These include three different pendants; one for fortune, another for wealth, and the third for luck. Then comes a symbol of a treasure chest and another of a green jade dragon ornament. A frog on top of golden pendants and another of a dragon appearing out of some smoke comes next. The highest-paying standard symbols in Fucanglong though, are those of the Dragon Mother and the God of Wealth.

As with many other online video slots, Fucanglong features a layout that consists of five reels, however, this is one of the few from RTG that contains a set of four rows to play on at the same time. Across this layout, the game incorporates a total of 1,024 different ways for you to win, which is a great setup for an online slot. This is not a part of the slot that you have the ability to alter, but you can change the value of your bet using the up and down arrows at the bottom of the reels. Using them, your bets can be adjusted between 30p and £3 per spin.

Fucanglong himself appears on the reels as its wild icon. The dragon therefore can appear in any location on reels two, three and four, and he will substitute for the other standard symbols of this game, helping you with creating winning combinations. Scatter symbols will not be substituted for, though.

That being said, the dragon wild can still prove to be quite the helpful symbol while spinning this game’s reels. 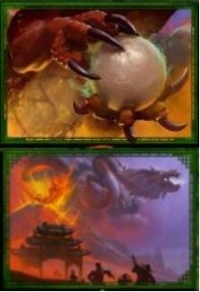 Fucanglong doesn’t just make use of a single scatter symbol. Instead, it offers up two, starting with the Dragon Pearl addition. This is depicted by the dragon’s claws clutching on to a pearl. The second scatter is the symbol of Dragon Mountain, which is where Fucanglong lives. These can appear in any location on the reels and still reward you with a pay-out as long as two or more are in view. Up to 888x your in-play stake can be won from the appearance of them on the reels. 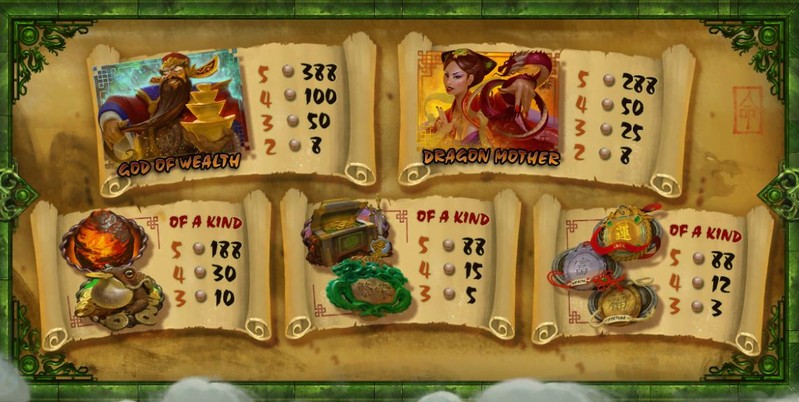 Fucanglong is one of those games that hooks you from the moment that you access it. The graphics are wonderful, the soundtrack adds to the overall atmosphere of adventure, and the base gameplay is entertaining within itself. However, when you also then consider that it has various inbuilt special features to enjoy, there’s very little that this RTG slot can do wrong. A great offering for anyone to play.