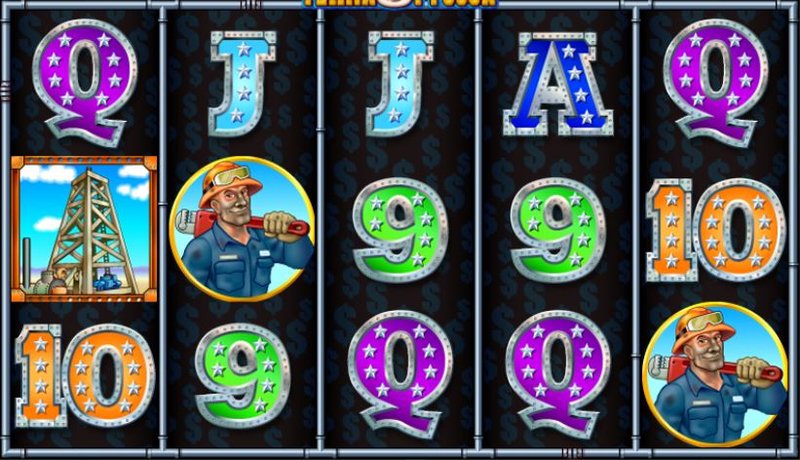 What do we know about the state of Texas? Well, it’s a large state known for cowboys, guns, but most of all, oil. That’s precisely what Texan Tycoon from RTG focusses on, and with quite some gusto. Considering it was created in 2010 it still paints a decent picture, with eye catching imagery featuring oil wells in the Texan desert as the background.

Upon the reels, you’ll find that its symbols begin with the playing card additions running from the green 9 and on to the blue A. An oil drum is the next symbol that appears, while a male worker is another. A huge oil truck can also be seen on the reels, while stacks of money from the oil business also makes an appearance, representing the slot’s highest paying standard symbol.

The layout of Texan Tycoon is made up of five reels joined by three rows, and RTG has also chosen to add a set of 25 pay lines into the game as well. You can reduce the active paylines if you wish using the up and down buttons at the bottom of the reels. You will find a second set of up and down buttons for changing your bet, allowing you to choose from bets between 1p and 10p per line. So, the maximum overall bet in Texan Tycoon stands at £2.50 per spin.

At the top of the reels, you’ll see a random jackpot on display. This is a progressive amount, meaning that it will keep increasing in value whenever someone places a bet on the Texan Tycoon slot. It’s a random jackpot because it can basically be paid out at any time during gameplay. Simply continue spinning the slot’s reels and you could also be in with a chance of securing a huge pay-out from Texan Tycoon. 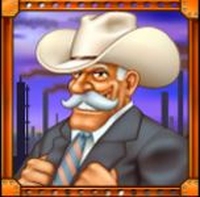 Texas was part of the wild west, so this slot needs a wild symbol. Enter the titular Tycoon. The Tycoon will substitute for any other standard symbol wherever he appears, with the only exception to this rule being the scatter symbol.

He can only show up on reel three, but he brings a secondary perk with him. Should he manage to form part of a winning combination, he will multiply the pay-out by 2x, 3x, 5x or 10x. 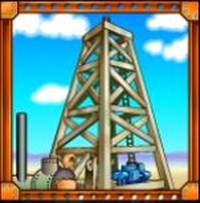 The symbol of the oil well is the one that represents this game’s scatter addition. Scatter wins are multiplied by the total bet in play, and the scatter symbol does not need to appear on a winning pay line to offer up a reward. Should you manage to spin five of the scatter into view in any location, you’ll receive a bet multiplier of 200x. You’ll also get to access the game’s special feature round with this symbol.

Whenever three or more of the game’s scatter symbol come into view anywhere, then a pick feature is triggered. Simply click on one of the oil wells to reveal up to 25 free spins. During this round, all prizes are tripled, and the feature can also be re-triggered. 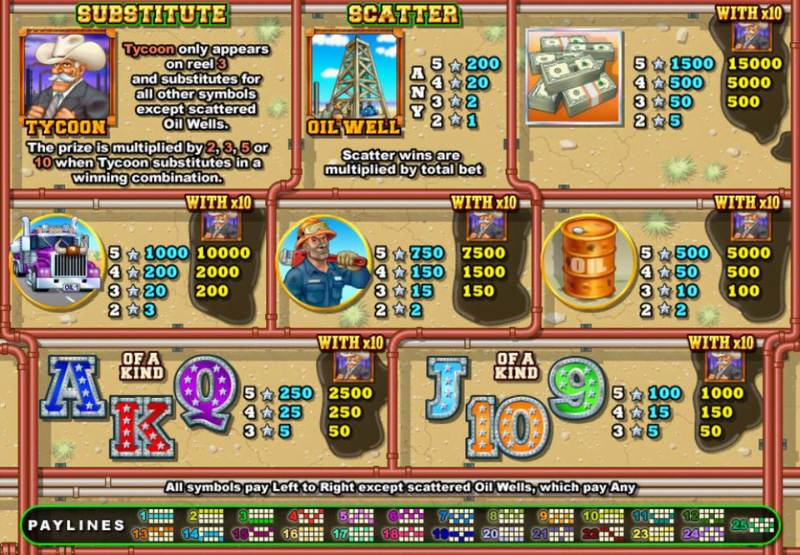 This slot game has quite the theme behind it, and it’s not one we’ve really seen before. So, props to RTG for potentially being the innovator when it comes to oil-themed games! Of course, the inclusion of a progressive jackpot, free spins, and the standard wild and scatter symbols make are what really make the game what it is.