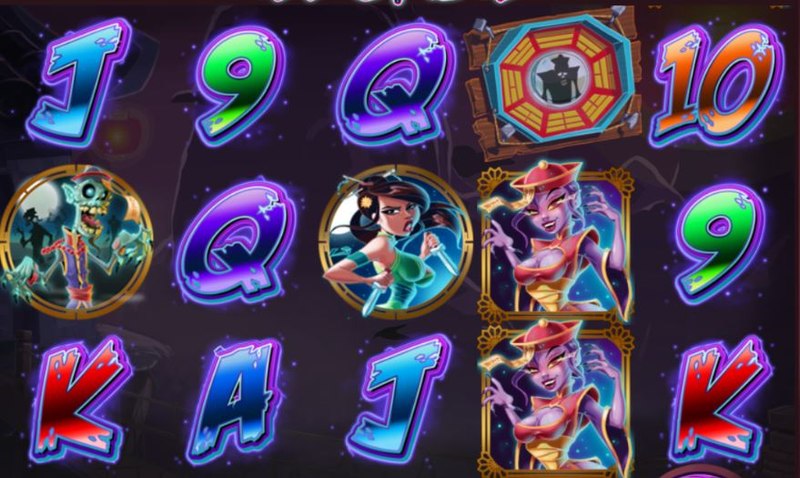 When you read the title of this RTG slot, you’d be forgiven for thinking that the reels might contain symbols of brains and flesh-eating zombies. Yet, that’s not quite what’s taking place here. Granted, there is a symbol of a zombie-like creature, but the remaining imagery is very Eastern and ninja-like overall. You could kind of say that it’s a merger between zombie land and the Orient. Then again, zombies aren’t exclusively a Western world thing, right?

I, Zombie features a great set of almost (but not quite) 3D graphics for you to experience, with the first of its symbols being the standard playing card additions. Next in line is a large, golden bell. The symbol of the zombie itself comes next, while the female ninja wielding daggers appears as a symbol, too. There’s also an old ninja master on the reels and he is the game’s highest-paying standard symbol, being able to provide you with a maximum reward of 1,250x your stake.

The game utilises a layout that consists of five reels and three rows in total, so everything should look quite standard. Across this interface there are 25 pay lines that you have the possibility of placing bets on. Should you wish to customise these you can do so with the plus and minus buttons next to the “Lines” box. Above this area, you also have the option to change around your wager. I, Zombie allows you to choose between 1p and 10p per active line. This means that the slot’s highest overall bet possibility stands at £2.50 per spin, while an autoplay function is also available for you to make use of as you see fit. 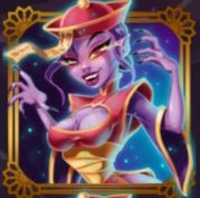 As with many online slots, I, Zombie features a wild symbol. This one is present in the shape of the magician zombie. It’s able to appear in any position on the reels and substitute for all other symbols, with the exception of the slot’s scatter addition.

If you manage to form a win of five wild symbols on a pay line, you can expect your bet to be multiplied by 2,500x. One other thing to make mention of is that if a wild symbol comes into view on the reels, it may also reveal two additional wilds which cover the other two positions on the same reel. 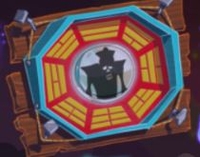 It’s the image of the mirror that represents this slot’s scatter icon. Scatter symbols can appear in any position on the reels too, but they don’t need to be on a pay line to reward you with a pay-out. Five of them appearing across the interface will multiply your stake by 200x over. This also utilises the same feature as the wild, potentially revealing two more wilds that will cover the remaining two positions on the same reel.

Free Spins – The mirror symbol can also trigger a free spins feature. You need to spin three or more of this one into view anywhere to be able to activate it. If you do, then you’ll get two free spins per scatter symbol present and two more for any wild symbol present at the same time. During the free spins round, any and all scatter and wild symbols showing up will automatically reveal extra wilds for you to benefit from. Should four scatter symbols have triggered the feature round all your pay-outs will be doubled, while a triple multiplier comes into play when five scatters trigger it.

If the visual appeal of this slot game isn’t enough to tempt you into playing it, then surely the promise of appealing special features will be. RTG has really thought up an entertaining offering with I, Zombie and the fact that you’re able to trigger not only free spins, but potentially additional wilds during gameplay make it even more exciting. On the whole, it’s definitely a perfect addition to the developer’s catalogue of slots.