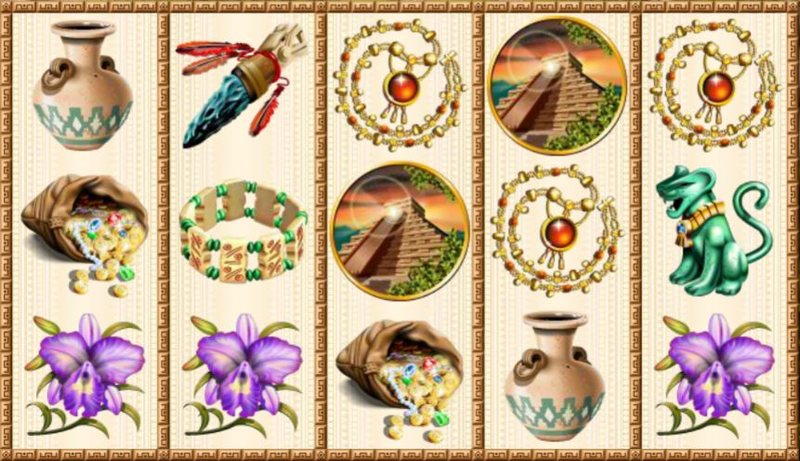 Ancient civilisations such as the Aztec, Maya, and Inca have been well-covered by online slots, but that doesn’t make Spirit of the Inca from RTG any less interesting. Not by a long shot. In fact, it’s one of the most intriguing offerings from the developer thanks to the five different progressive jackpot totals up for grabs. It also features some wonderful imagery on its reels, even given that it was released back in 2012.

The symbols start with the native wrist band and a purple flower. Then comes the symbol of the traditional urn, a handmade Inca knife, and an ornate necklace. There’s also a bag that’s spilling gems and jewels. A scroll can be seen as another symbol, as can a bangle in the shape of a coiled snake. The final two standard symbols are the jade-coloured cat statue and the shot of the Incan temple.

These symbols all appear on an interface that is made up of five reels and three rows. Across this layout there are 25 pay lines for you to place your wagers on, and these lines are not something that you’re able to customise, so you’ll always have 25 in action. On the other hand, you can adjust the value of the wager that you bring into play simply by using the up and down buttons at the bottom of the reels. With them, you can choose a bet between £3.50 and £35 per spin.

The five progressive jackpots in Spirit of the Inca can be seen at the top of the game screen. All five of these are active when you’re spinning the reels with the maximum bet in operation. When playing less than that, one or more of the jackpots are disabled in proportion to the bet in play. One or more of the progressive jackpots can be won at the conclusion of any base game spin. The next jackpot trigger is completely random, meaning that you could win any of them at any time while the maximum bet is in play.

You will only contribute some of your wager towards the jackpots that you specifically have in play, which as noted, depends upon how much you’re betting each spin. 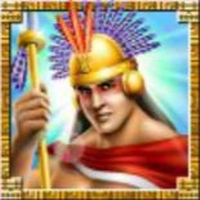 The wild symbol in this slot is known as the Incan Spirit, which is actually represented by an Inca warrior. Wild symbols can appear on all reels in this game and they will substitute for every other symbol that appears on the reels, including the slot’s scatter.

When the wild does show up, he will expand to cover the entirety of the reel that he is on, and that takes place before any pay-outs are provided. If you manage to spin five of the wild symbol into view on a winning pay line, then your wager will be multiplied by 2,000x. 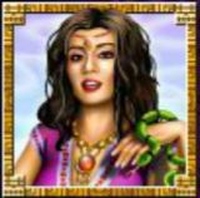 The Inca were known to be a very spiritual people, which is why the scatter symbol is that of the priestess.

She is able to appear in any position on the reels and still reward you with a pay-out. For example, if five scatter symbols come into view in any location, your bet is multiplied by 100x over. 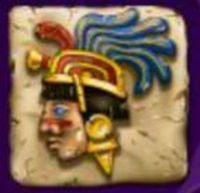 Spirit of the Inca Feature

If you manage to spin a wild symbol onto the first and fifth reels simultaneously, then you will activate this feature.

You are awarded with five bonus symbol picks, with the first three of these providing you with up to 25 free spins. The fourth pick will reveal a feature prize multiplier, which can be anywhere between 1x and 10x. Then, your fifth pick will reveal either a No Bonus, a Wild Reel, or an Extra Wild on each reel for the free spins round. Any re-trigger of the round will provide you with 10 free spins on top of the current number. 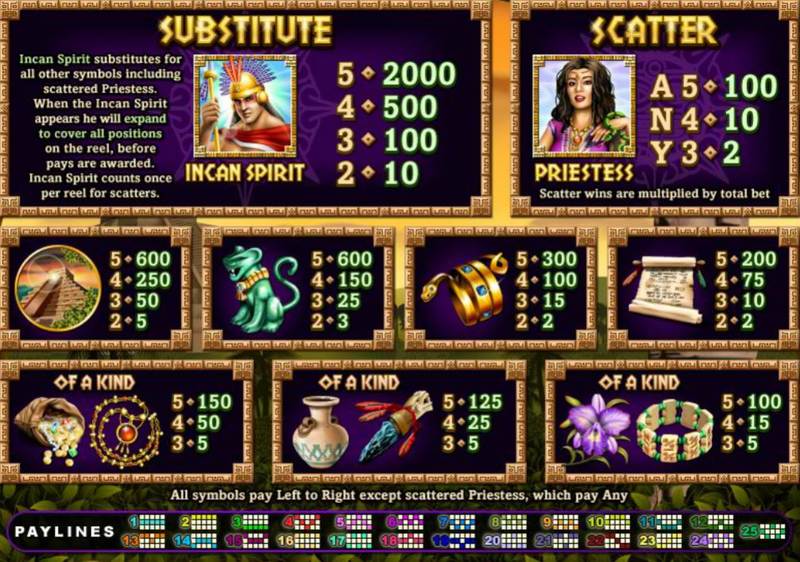 It’s great to see a slot game done right, and RTG certainly checks all the boxes with Spirit of the Inca. The graphics are old but solid, while the inclusion of five progressive jackpots give it a real edge over many others from the developer. Add the free spins round with additional perks, as well as the scatter and expanding wilds and Spirit of the Inca really does stand out and stand the test of time.