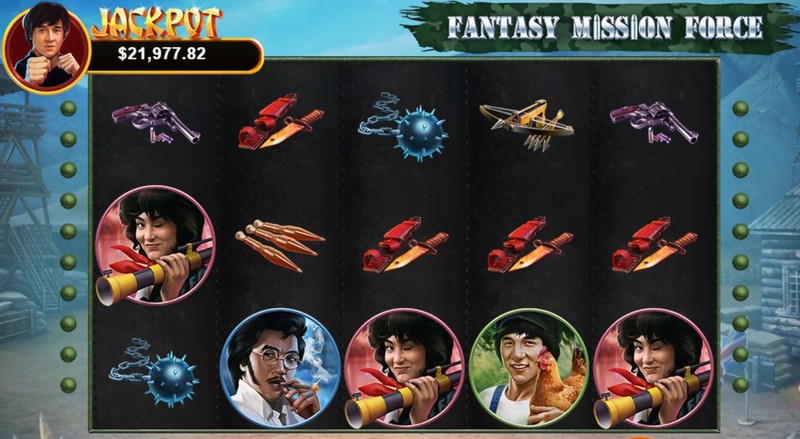 Real Time Gaming (RTG) does seem to have a bit of a thing for creating games based on Hong Kong movies, and Fantasy Mission Force is one more slot to add to this collection. It’s yet another that comes from the back catalogue of Jackie Chan – one of Hong Kong’s most famous actors. Despite the fact that he only had a supporting role in Fantasy Mission Force, he received top billing for it.

As such, Jackie Chan also appears in this RTG slot game, which aims to relay the overall story on its reels. It does this with the inclusion of various weapons as its lower-paying symbols, such as a pistol, a knife, torpedoes, and a crossbow, amongst other things. There are also four character symbols appearing on the game’s reels, such as Jackie himself as Sammy, Brigitte Lin as Lily and Jimmy Wang Yu as Captain Don Wen. Despite the fact that there are a lot of weapons in the game, the film itself was actually marketed as a horror.

The layout of Fantasy Mission Force is made up of five reels and three rows, therefore, everything should look familiar with the design. Across this layout there are a total of 20 paylines in operation. You can customise these easily enough by using the relevant plus and minus buttons, and you also have complete control over your wager which can range between 20p and £2 per spin.

You’ll also be able to see that there is a jackpot total on display. This amount will continue increasing whenever a player chooses to place a bet on Fantasy Mission Force, and the jackpot itself is paid out completely at random. So, regardless of the amount of the bet that you’re making and how frequently you are making it, you can still win the progressive at any time. 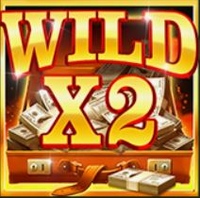 The first of this game’s inclusive special features is its wild symbol, which can appear on reels two, three, four and five only. This is present in the shape of the briefcase filled with cash. As a wild, it is able to substitute for all other symbols except for the scatter icon.

If one or more wild symbol appears in a winning combination, then it will also double the pay-out that you receive, therefore, it’s quite a handy symbol to have in play. 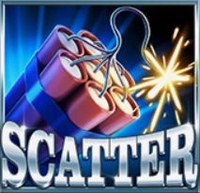 The sticks of dynamite appear as the scatter symbol. Scatter wins use the total bet that you have placed as the multiplicative factor, so if five of the scatter symbols come into view you’ll receive a 200x multiplier to your wager. Scatters can show up anywhere and still provide you with a win, meaning that they don’t have to be on any specific payline. There’s a secondary function to the scatter symbol, though.

If you manage to spin one of the dynamite scatter symbols into view on the first reel and a wild onto reel five, then you will activate the Dynamite Free Games. There are seven of these free spins for you to benefit from, with all prizes during this round being tripled. You cannot re-trigger the free spins while the round is in operation. 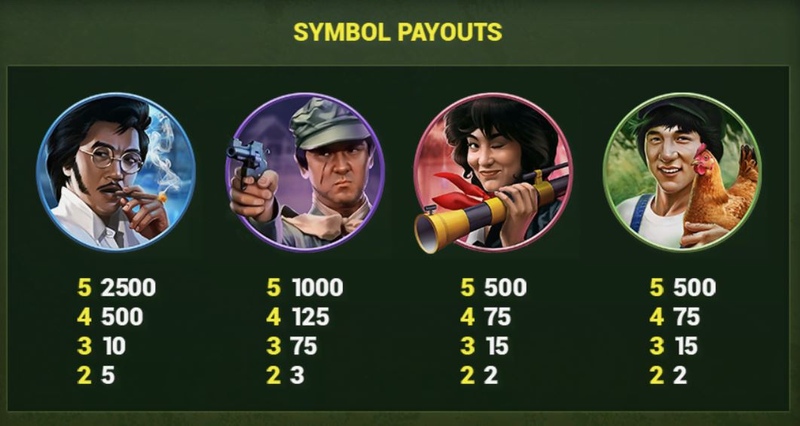 Even if you haven’t ever seen the Fantasy Mission Force film, there’s little doubt that this RTG slot game will provide you with a thoroughly entertaining time as you spin its reels. The base game is exciting enough, but when the special features come into play things continue getting better. Overall, this slot makes for a great addition to the RTG collection and we recommend it to anyone.