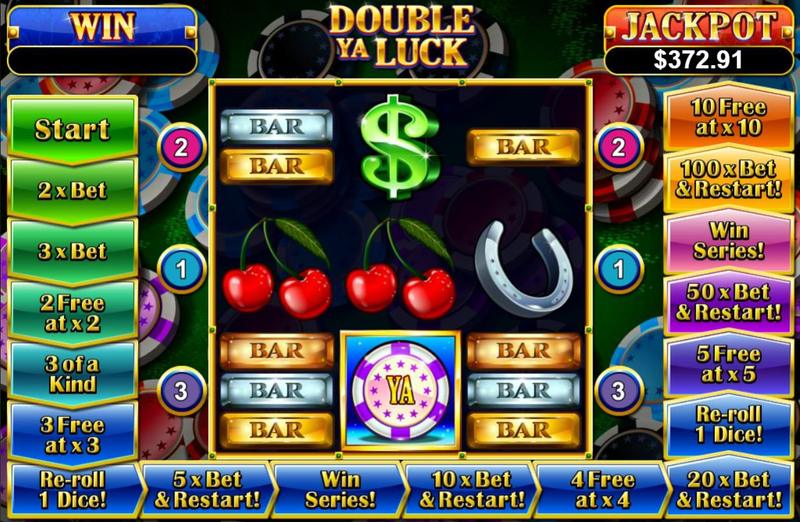 Let’s be honest, we’d all like to have our luck doubled when it comes to playing casino games, right? We could all use an extra helping. Well, RTG has taken that idea and incorporated it into the Double Ya Luck slot game.

The slot actually provides quite the setup, featuring an almost retro look and feel, but blending it with a modern enough interface. There’s a lot going on with it thanks to the masses of boxes that border the reels themselves, and upon the slot’s reels you’ll get to see some basic symbols consisting of BARs, cherries, dollar signs and more. The soundtrack that RTG has included in Double Ya Luck is also very much a Vegas-sounding affair.

As far as the layout is concerned, the game features three reels to spin and these are joined by three rows. That makes for a basic traditional slot layout. Meanwhile, three pay lines are available which spread out across each of the three rows. You can, however, reduce the active number of these as you see fit. Bets in Double Ya Luck are set at 10p per payline and cannot be changed, and this means that the maximum overall bet stands at 30p per spin. 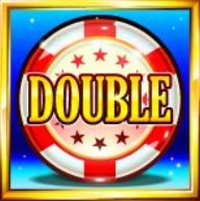 Amongst the standard symbols, Double Ya Luck features a wild addition. This is present in the poker chip that has the word, ‘Double’ written on it, and it has the ability to substitute for all of the other standard symbols on the reels, assisting you with creating wins.

The only symbols that it won’t substitute for are the scatters and the number 7 icon. If it does manage to form a winning combination, it will also double your pay-out. Three wilds appearing on a payline will reward you with a win of 1,000x your stake. 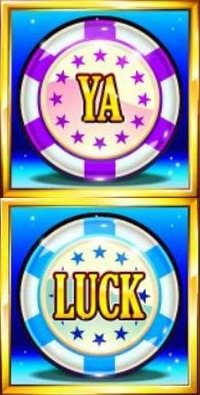 Double Ya Luck doesn’t feature just one scatter, but three! These come in the form of the poker chips which feature the words “Ya” and “Luck”. They can only appear on reels two and three, respectively.

The third scatter symbol is that of the red die. When you combine the first two scatters with the game’s wild symbol, you also get to trigger something special:

Double Ya Luck Gamble Feature – Should the three “Double Ya Luck” poker chips appear on the reels simultaneously, then the 50/50 Gamble Feature becomes active. Playing this round will provide you with the opportunity to win up to 40 free spins with a multiplier of up to 4x.

You’ll receive five free spins initially, with a prize multiplier of times one being in operation. Playing the 50/50 gamble round will see you attempt to guess the colour of the next playing card to be turned over – red or black. A correct choice will either double the number of free spins you receive or the multiplier, with another pick then being awarded afterwards. You’ll be able to continue guessing until an incorrect choice is made or you reach five picks.

The die symbol will not appear during the gamble free spins round, but you can re-trigger the feature once more with the appearance of the Double Ya Luck wild and scatters during it. 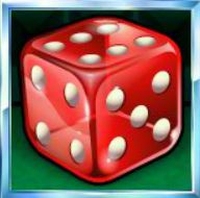 Should you manage to spin one of the red die scatter symbols into view in any position on each of the three reels, this will activate the Boardgame Feature. This sees a playing token appear at the beginning of the boxes surrounding the reels, starting at the ‘Start’ box. The die or dice that were responsible for triggering this feature will then roll and reveal a number. The sum of the number(s) in view will then see your token move around the boardgame. Next you’ll receive the corresponding prize displayed on the box you land on.

From this feature, you’re able to win rewards such as a re-roll of one die, a three-of-a-kind win, free spins, 50x your bet and a restart of the boardgame round. There’s also something on the boardgame known as the Win Series, which awards multiple random three-of-a-kind rewards on payline one. 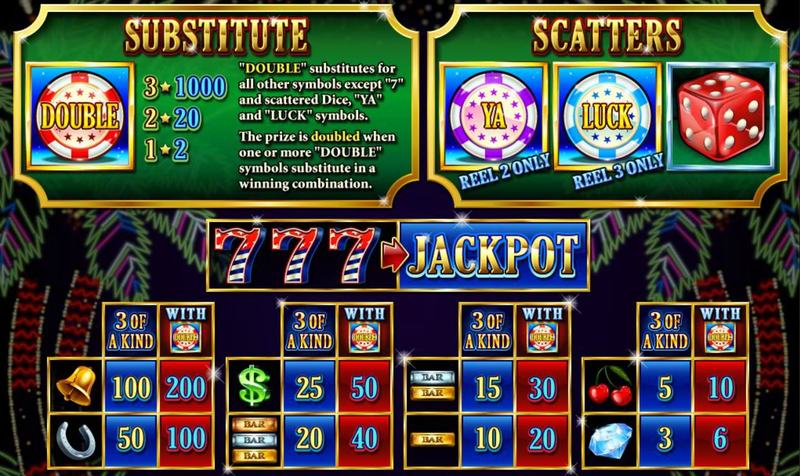 Despite the fact that Double Ya Luck has a bit of a dated feel to it, it’s crammed with special features to keep players entertained throughout. The boardgame feature, the scatter wins, the wild symbol, the free spins gamble round – they all merge together to provide you with a thrilling slot from the RTG brand.