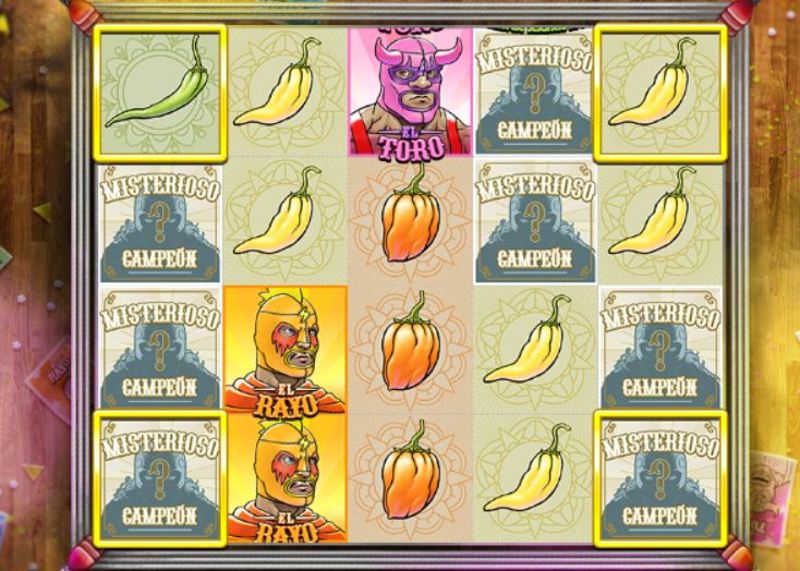 Everyone knows that Mexican wrestling is a big deal, especially in Mexico, surprisingly. It’s big, it’s bright, it’s loud and it’s flamboyant. The masked participants make the crowds cheer and go wild resulting in one heck of a spectacle. Software developer Thunderkick has apparently decided to give players a taste of the aftermath of one of these shows. In the backdrop you can see flyers and posters scattered all over the floor around the ring; there is even the occasional leftover nacho. As for the ring itself, that’s where the reels are placed, and these will display a variety of wrestling posters, some featuring the star wrestlers themselves. Besides them, there’s a variety of hot Mexican peppers on the reels, and to top it off there’s a very fitting guitar soundtrack playing throughout the game.

The layout is somewhat unusual compared to other Thunderkick slots. It features a grid of 5 reels and 4 rows, with a total of 30 paylines. The paylines are not up for adjustments on the players’ part, but the stakes are well within reason, so you won’t really feel the need to either. They range from a minimum bet of 10p per spin and up to a maximum of £100 per single spin. Mind the 2,500 coin jackpot, too.

There is a whole array of bonus features in Luchadora. So much so that it’s challenging to keep track. First off, notice the highlighted ring corners on the reels. These are basically the top and bottom symbols of reels 1 and 5. Their significance becomes apparent as soon as you land one of the four wrestler symbols in them, because at that point that symbol and all matching ones on the reels will turn Wild.

As we made clear, you will need to sweat a little until you can earn yourself a Wild symbol, but when you do, it likely won’t just be the one. Once you have transformed one or more of the wrestlers into Wilds they will be able to replace any of the other icons, with the only exceptions being the Bonus and Scatter icons. 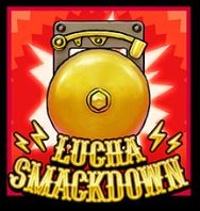 Keep an eye on the Lucha Smackdown symbol, as it can only land on the fifth reel. You will need to land it during a spin in order to trigger the Lucha Smackdown Feature. This is the simpler of the two Freespins bonus rounds that this game boasts, and as a result it will randomly award you 7, 11 or 15 free spins. It will also grant you a multiplier of 2x, 3x, 5x or 15x. 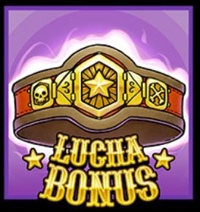 The Lucha Freespins feature is triggered more like your typical free spins bonus. You will need to land at least 3 of the Scatter symbols simultaneously on the reels, then based on the number of Scatters you will again receive 7, 11 or 15 free spins. As opposed to the previous feature, there won’t be a multiplier in the Lucha Freespins, but it benefits from a couple of other nice extras.

One is the fact that if you land a wrestler in any of the ring corners he will remain there. Furthermore, all other instances of that symbol will be Wild also for the rest of the free spins. The second great thing happens if you manage to convert all four wrestlers into Wilds. This will transform the Underdog icon, which is a mid-value symbol, into the La Luchadora symbol, which is the most lucrative icon in the game. In fact, it can award you up to 250 times your stake.

Tread carefully when playing Luchadora, as it is extremely volatile. That said, though, it is also a lot of fun and very lively. Thunderkick never disappoints when it comes to high quality visuals, so enjoy those along with the features which offer plenty of entertainment themselves.