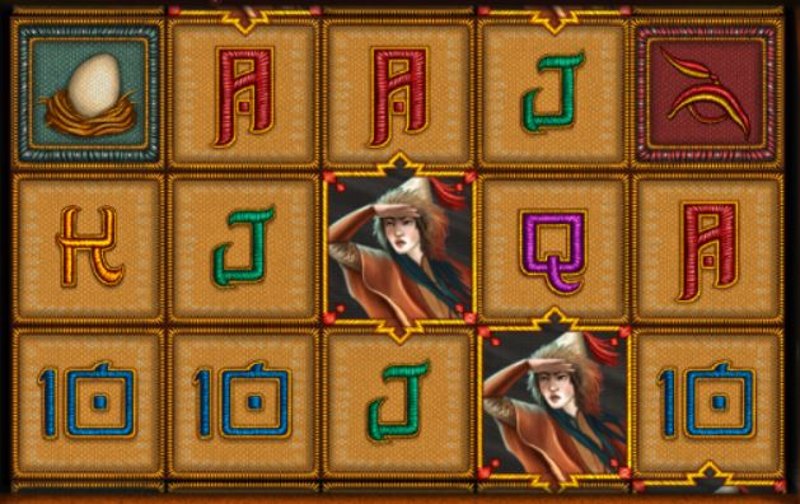 You often see Asian themed online slot games, but have you ever seen a Mongolian-themed one? The Falcon Huntress is one such rare gem and it is presented to you by software manufacturer Thunderkick. The graphics are fantastic, as usual, as are the exquisite details in the design – just have a closer look at the symbols on the reels. They are beautifully stylized and are in fact embroidered into their linen backgrounds; and the reels are actually a traditional yurt which is pretty cool in itself. Furthermore, you really get that vibe of the steppe thanks to the harsh wind sound effects, and then you can see the wind in the flailing decorations outside the yurt, as well as in the hair of the character symbols when they land on the reels.

This brings us to the game’s layout, which features 5 reels and 3 rows and a total of only 9 active paylines, which are fixed. So there will be no room for you to customize this bit of the settings, although you are free to set your betting amount to whatever suits you best. There is a pretty flexible betting range at your disposal, which is standard for most Thunderkick offerings; it starts at a minimum of 10p per spin and reaches a high of £100 per single spin.

The Falcon Huntress boasts two special features, one of which is random and can occur at any point in the game. The only requirement for it to trigger is that there is at least one winning combination on the reels. At that point, the Expansion Win Feature will commence, and as a result, each one of the winning symbols will expand to cover its whole reel. That way you can potentially gain some pretty big wins. 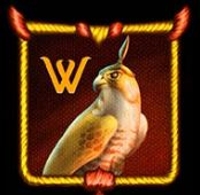 The Falcon symbol is Wild, and it can therefore substitute for any of the other symbols on the reels. There are no exceptions to this as the Wild is also the only special symbol on these reels. Furthermore, it’s also the second most lucrative symbol after the Falcon Huntress herself. The Wild can appear in any position, anywhere on the reels and help complete winning sequences.

Besides acting as a Wild, the Falcon symbol happens to also be the game’s Scatter, and as such, it will be able to trigger the second bonus feature that this title boasts – the Freespins Feature. You will have to land a total of 3 or more Wild/ Scatters all at the same time and this will award you an initial 10 freespins.

You will also have the opportunity to retrigger the feature by landing another 3, 4 or 5 Scatters, and this will reward you a subsequent 10 freespins on top of those you have remaining. Furthermore, the Expanding Win Feature can also take place during this bonus round, just as it does in the base game. 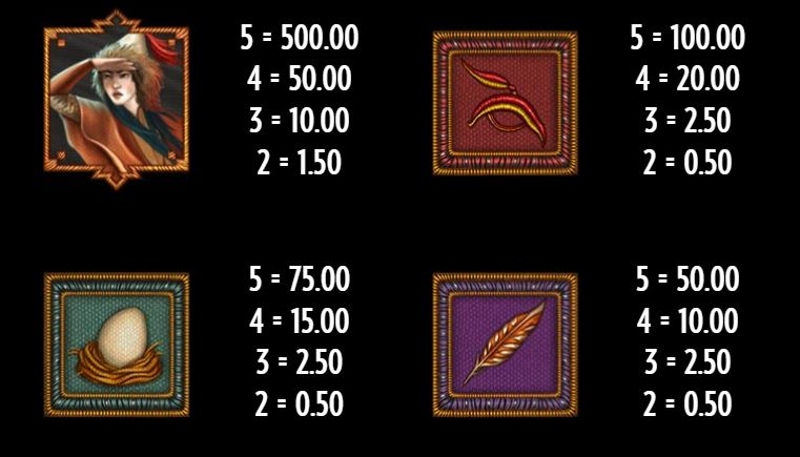 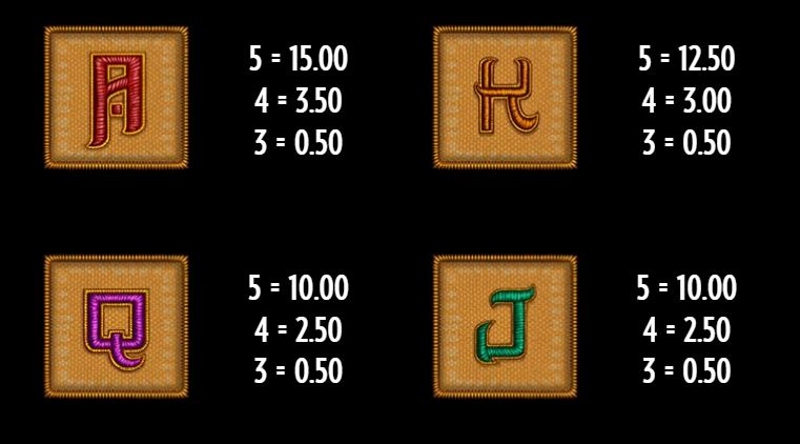 The Falcon Huntress ranks very high on the variance spectrum, so tread carefully. As rewarding as it can be, it can also be equally devastating to your bankroll, and speaking of rewarding, this title can actually grant you up to a staggering 10,052 times your stake on any spin. That’s huge. Furthermore, you have the wonderful visuals and setting to enjoy in addition to two pretty decent special features.