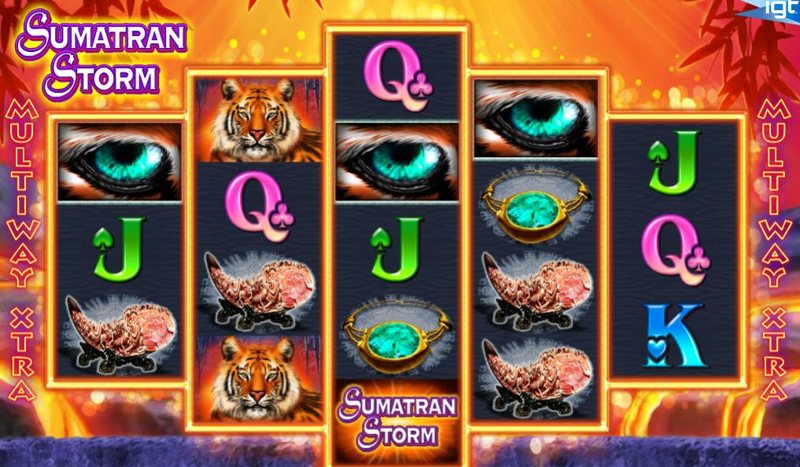 Sumatran Storm is virtually exactly the same as Siberian Storm. Of course, that game includes Siberian tigers, which don’t appear within Sumatran Storm. However, everything else looks just about the same. The reels contain images of tigers and various jewels, while the background music that plays with every spin sounds as though you’re watching an Indiana Jones film.

The game provides 720 ways to win, with its MultiWay Xtra wins allowing combinations to be created from left to right and right to left. There are 60 coins set in to the game already, and you have the chance to choose the coin value. This has a range starting from £1.00 up to a maximum value of £30.00, allowing you to place a maximum total wager of £1800.

Scatter symbols existing in the game will increase the total amount of the payout with a multiplier, depending upon how many appear following a spin.

The wild symbol incorporated in this game is represented by the close up of a tiger’s eye. This will stand in for any other symbol on the reels, except the scatter and bonus symbols. 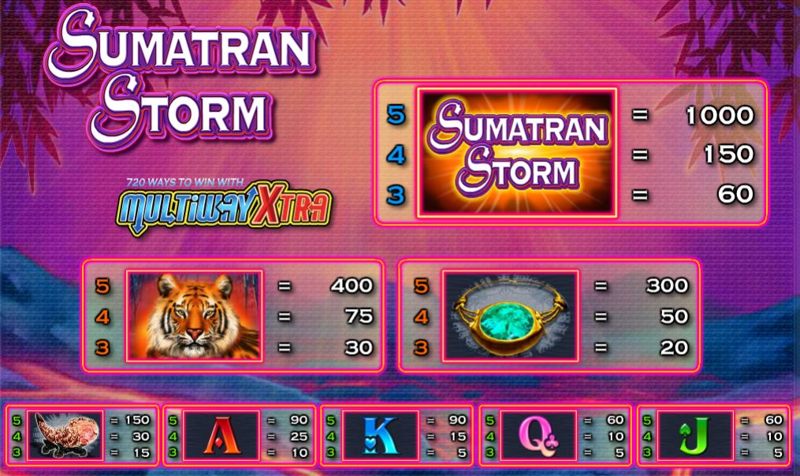 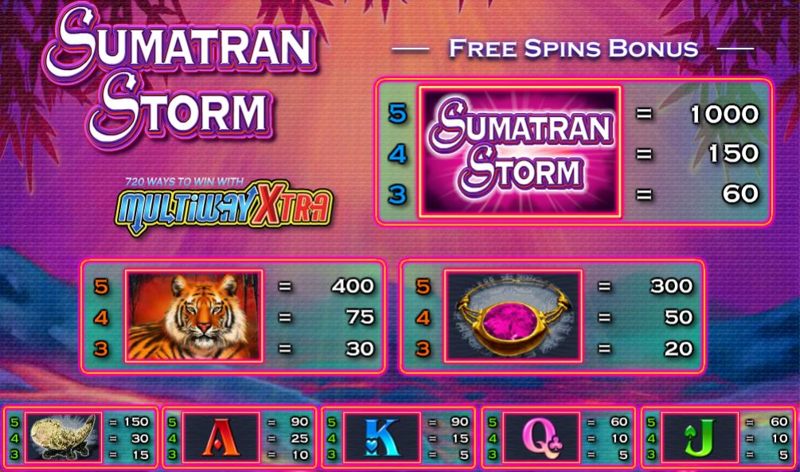 While Sumatran Storm does have a couple of interesting features, the fact that it is simply an alternate – and this word is used loosely – version of Siberian Storm doesn’t give it much in the way of originality. It seems like the developer IGT, became lazy at one point and just decided to remove several Siberian tiger symbols from the reels. Apart from this, you’ll find a relatively easy game to play with one or two added perks.