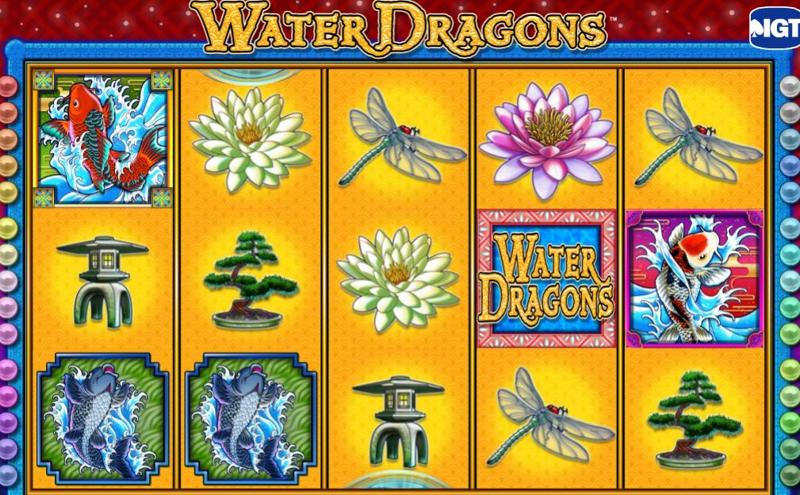 If you’d like an authentic taste of Japan without the stereotypical geisha and samurai involvement, Water Dragons could be just the game for you. Featuring authentic sounding Japanese music and imagery, the game centres around various different coloured koi carp, splashing out of the water. These are the game’s title characters, or Water Dragons. You’ll also find bonsai trees, water lilies, dragonflies and oysters filled with pearls as symbols on the reels. As you play the game, you’ll have the sound of gently running water cascading in the background, which is quite soothing to listen to.

The five reel, three row game begins with a bang of the gong and allows you to place wagers across its 30 paylines. These lines can be customised if you’d like to bet on fewer, while the stake per line can be changed from the minimum of £1.00 to the maximum of £50. This gives you the opportunity to place a maximum wager across all 30 paylines of £1500, if you so choose. Autospin will set the reels spinning for a maximum of 50 times in sequence, while the options button allows you to alter the level of graphics included. 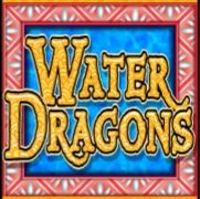 The symbols of the koi carp pay out the largest amounts in the main game, but if you’re unable to match three or more of them up, the game’s logo might come in handy as it acts as a wild symbol. Appearing on reels two, three, four and five, it will substitute for just about all the other symbols available, the only one excluded being the pearl-filled oyster. 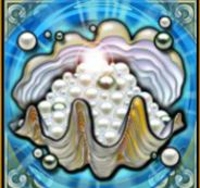 Spinning three of the oyster filled with pearls symbol will trigger the freespins bonus round. The symbol appears on reels two, three and four only and will triple your total wager placed. You’ll be awarded with 15 freespins from the scatters to be used on a slightly altered set of reels.

During freespins, if a single pearl symbol appears in any position on reel five, it fills in a pearl slot next to a symbol of a carp at the bottom of the bonus screen. When all three pearls are filled next to a carp symbol, it automatically becomes wild. These will remain wild for the remainder of the freespins and will stand in for other symbols to make a winning combination, except for single pearl symbols and pearl-filled oyster symbols.

Freespins can be re-triggered by spinning the scatter symbols once more on the middle three rows and the freespins round will end either when these have reached the end, when the maximum reward limit is reached or when 225 freespins have been played in succession. 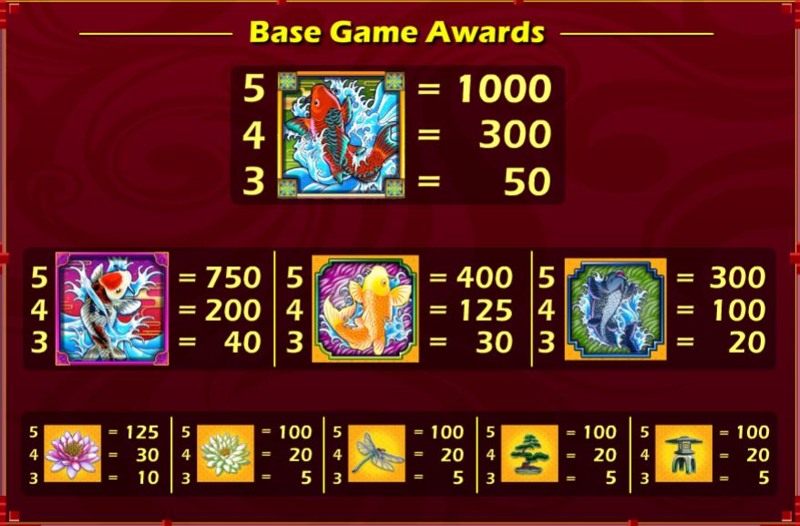 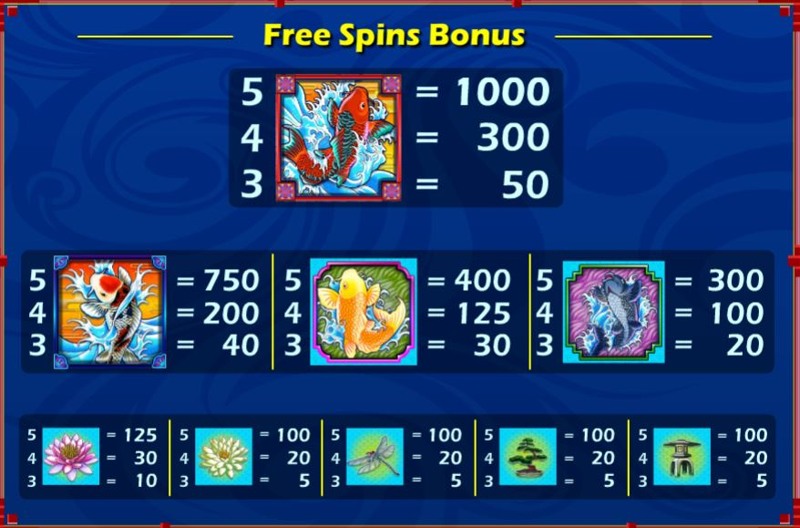 We enjoy playing Water Dragons, mostly for its soothing sounds – something that has become quite rare within slot games. Its additional freespins round can significantly boost your balance and works as an impressive extra to the main game.