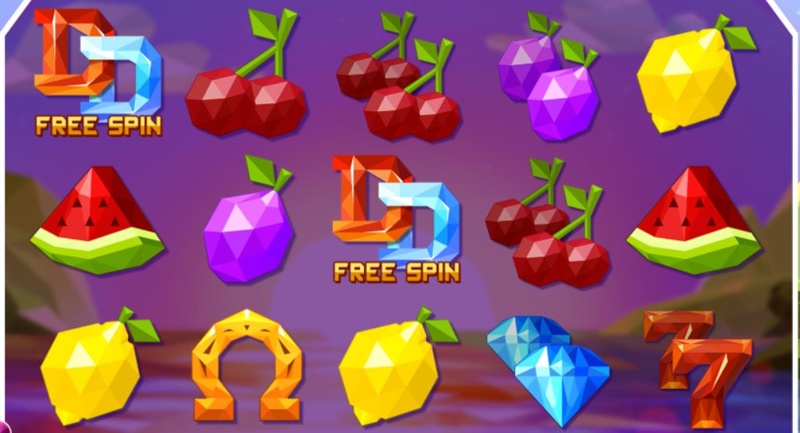 Classic slot games have never looked as sassy as Doubles by software developer Yggdrasil. The appearance of the symbol is very 80’s arcades, but with all of the benefits of modern technology. And by that we’re referring to the graphics in this title, which are of very high quality. You will notice that the symbols here are your classic fruit machine icons, such as cherries, lemons, plums, watermelons and oranges. The other icons include the traditional lucky 7, a diamond, and a horseshoe. But what makes them special is their prism-like 3D quality. Further aiding that 80s feel we mentioned is the funky electronic soundtrack playing in the background. You will see a quaint scene of green hills on either side of the screen and the setting sun in between them.

As for the game’s layout, despite this being a retro style offering, it’s pretty modern. Namely, it features a grid of 5 reels and 3 rows. If that weren’t modern enough for you, then catch this: there are a whopping 243 ways to win. Obviously, this also means that you will not have the opportunity to adjust the paylines in Doubles, but stakes are still fairly reasonable. They span from a minimum bet of 25p per single spin up to a maximum bet of £50 per spin. Another thing to keep in mind here is the very attractive jackpot of a 25,000 coins. 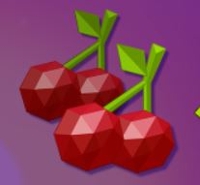 Gameplay in Doubles revolves around the double symbols. This is basically when one tile contains two of the same symbol in one position. Hence, when forming winning combinations, you will have one extra symbol in there for extra payouts – and if you happen to line up five double symbols of a kind on a payline, that’s when the big prizes really start to come in. Speaking of which, you can win the jackpot by getting 5 double (10 regular) diamond icons. 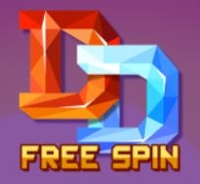 In addition to the double symbols, there’s actually a traditional bonus in Doubles – the Freespins Feature. You will be able to trigger it with the help of the Double D Scatter symbol. More specifically, you will have to land at least 3 of these symbols at the same time during a spin. As a result, you will receive at least 10 freespins.

If you manage to activate the bonus round with more Scatters, then you can obviously enjoy a larger number of freespins: 4 Scatter icons will grant you 20 freespins and landing 5 Scatters will award you a total of 40 freespins. What’s more, before the freespins begin you will have to select a symbol that will convert all of its single instances into doubles.

The setup of Doubles is quite simplistic, as the genre would imply, but it’s a very fast paced slot with tons of action. In addition, if you prefer your games with a hint of nostalgia, then this is certainly the right choice for you.