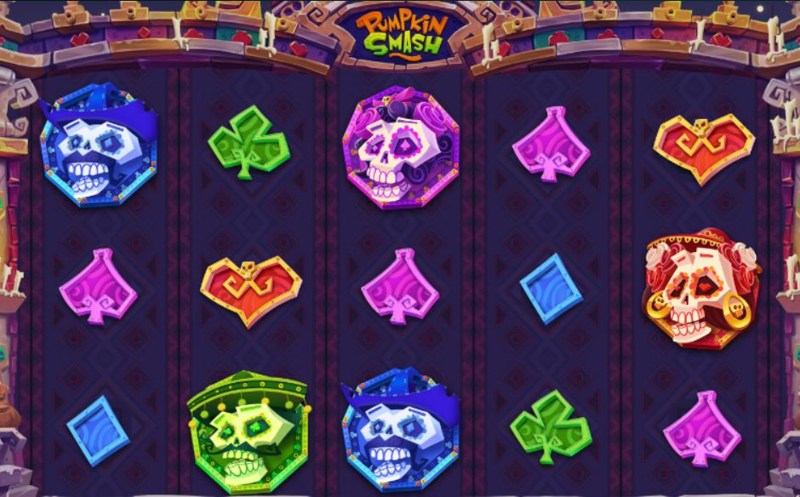 The Mexican Day of the Dead has gained world renown and its traditional imagery has become the subject of fascination in many places outside Mexico. So it’s no wonder that it’s also become a sort of mini genre of its own in the online gaming industry. Pumpkin Smash by software developer Yggdrasil is among them, and as the title suggests, it’s a bit of a mashup between El Dia de los Muertos and Halloween. That will be especially apparent in the bonus feature that we will get to in just a little bit, but in the base game everything looks very much in line with the traditional Mexican celebrations. There are candles everywhere along the structure that surrounds the reels, and colorful but mildly terrifying paintings, too.

Now as for the layout, you will be looking at the most commonplace 5 reels and 3 rows, and there are 20 active paylines in total for you to bet on. But the paylines are fixed and for that reason players will not have the ability to regulate them. Nevertheless, stakes fall within a very comfortable betting range that starts lower than what you might expect. The minimum bet is only 10p per single spin and the maximum bet will set you back a total of £100 per spin. 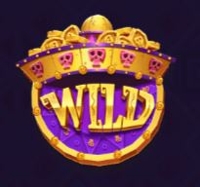 Like the Wild, the Pumpkin symbol (which is the Scatter here) will be able to land in any position, anywhere across the five reels. But you will need a minimum of 2 of these Scatters to trigger the game’s main attraction – the Pumpkin Smash Bonus Game. As a result, a new screen will present you with a number of pumpkins equal to the number of triggering symbols. You will then have to smash these pumpkins in order to reveal different prizes. Keep in mind that one pumpkin can reveal more than one prize, and the bigger it is the more goodies it will provide you with.

The possible rewards include cash prizes that can range from between a mere 5 and a stonking 2,000 coins. Other possibilities include up to 30 freespins, and if you triggered the feature with 3 or more Scatters then you will be guaranteed entry to the Freespins Feature. In addition, you can also reveal a multiplier from 2x to 7x which will be valid for all freespins winnings. You can even retrigger the Pumpkin Smash Bonus Game from within the Freespins Feature for more prizes. 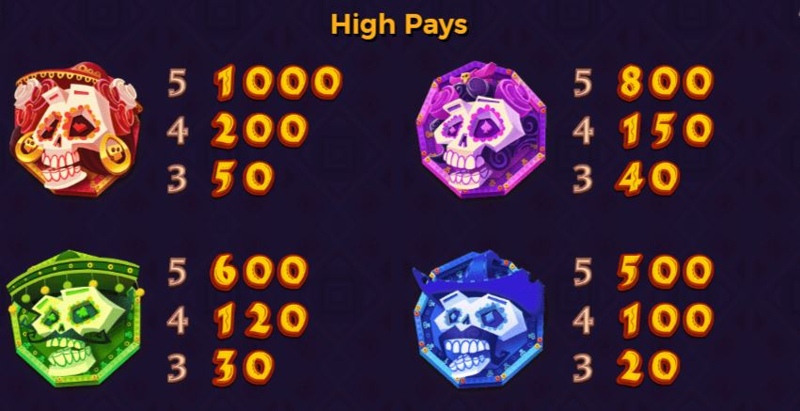 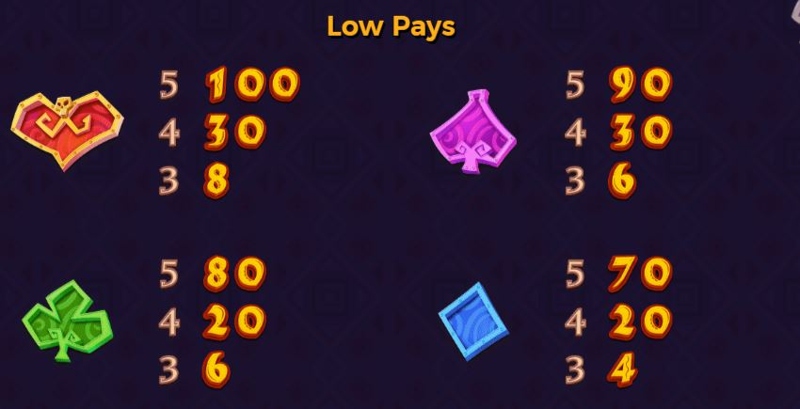 As always, this Yggdrasil title delivers outstanding quality visuals and a very smooth overall gaming experience. The setup is a relatively simple one and the medium variance will ensure that you get to trigger the bonus at regular intervals for decent sized wins.