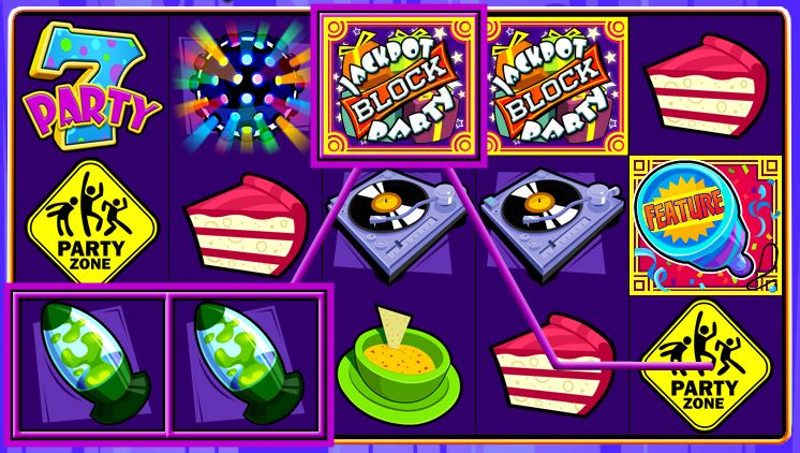 Perhaps one of the most confusing game titles yet, aside from one aspect – the party. The setting in Jackpot Block Party is most definitely a special occasion of some kind, only perhaps from a different decade. Sure giveaways are the lava lamps you can see on the reels, the record players and even just the whacky color scheme. Note that the graphics here are distinctly cartoonish, but they are not 3D or HD or any of that, they’re really very basic. The backdrop depicts a questionable blue and purple wallpaper, which is only a tad lighter than the background of the reels. There’s also a disco soundtrack that will accompany gameplay.

Now as for the layout, it boasts a grid of 5 reels and 3 rows. There are a total of 30 active paylines available and these are not fixed, so you will have all the freedom you need to adjust them to your liking and settle on a number that works best for you. This also makes for a very comfortable betting range, where stakes start at a minimum of only 1p per spin. The maximum possible amount you will be able to bet will set you back a total of £60 per single spin.

It may not seem like it at first, but Jackpot Block Party happens to be bustling with special features. One of them, for example, is the Present Pick Feature. You can trigger it by landing 3, 4 or 5 Scatter symbols simultaneously during a spin. This is a brief pick-me game, which won’t require a change of the screen or even much time. All you have to do is select one of the Scatters that triggered the Bonus to receive a cash prize. The more Scatters that triggered the feature, the higher your potential cash prize will be. 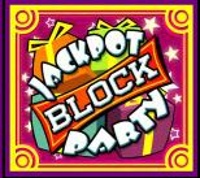 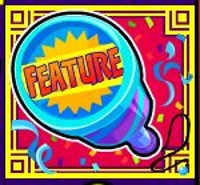 As pointed out, there are 3 different Feature symbols. These can land on reels 1, 3 and 5, and you will need to land all three of them during the same spin in order to gain access to the Block Party Feature. Once you have entered the feature, you will find that it has 4 different zones. Initially, however, only one of them will be unlocked – the Players Party zone.

During this feature, you will be selecting presents to reveal cash prizes and unlock the other zones. The benefit from this is that whenever you select a present in your current zone, it will also open that same present in the other unlocked zones. Hence, you have the opportunity to win more. If one of the presents happens to reveal a Pooper or Buzzkill sign, though, the feature will end. 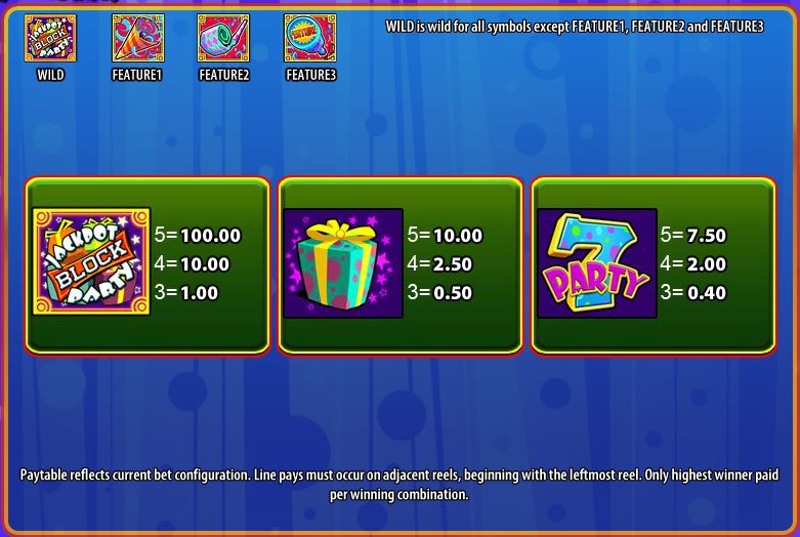 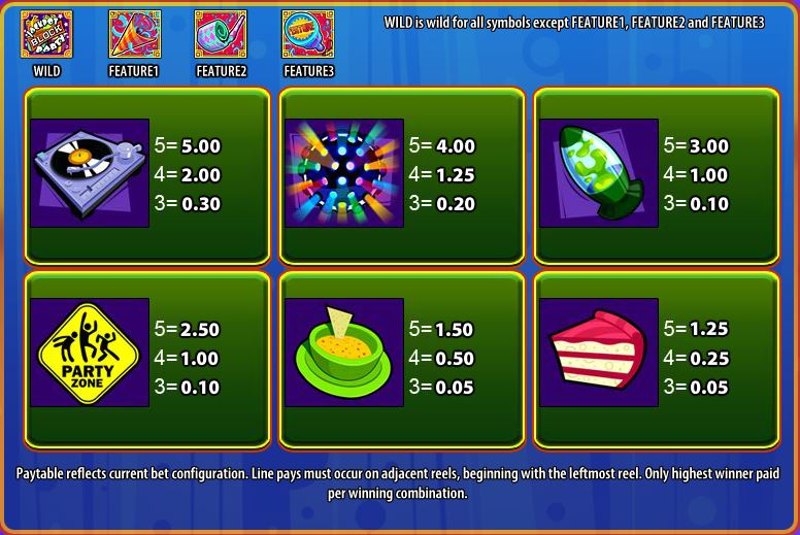 Whether you love or hate the graphics in Jackpot Block Party, this is a pretty entertaining online slot game none the less. Variance-wise we would have to say that it ranks rather low, which means you won’t get to enjoy massive wins; but you will cash in pretty frequently and you will have plenty of opportunities to play the bonus rounds.