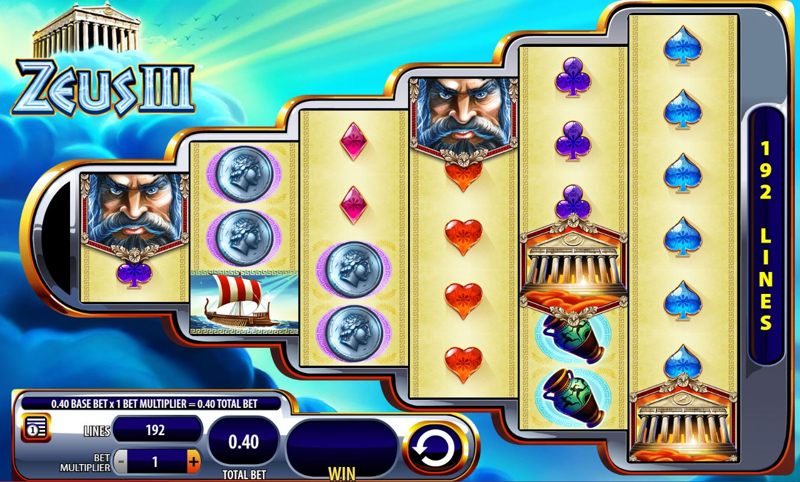 A rumble of thunder introduces you to this game, and perhaps it’s a fitting welcome considering it’s based on Zeus, the Greek god of sky and thunder. The sound of a harp being strummed will play you through your spins, with reels presented in the shape of a flag. These reels contain the four different playing card suits; blue spades, purple clubs, pink diamonds and orange hearts. There is also ancient Greek imagery in the form of boats, urns, helmets, coins and the flying horse, Pegasus.

The game features 192 different ways to win spread out across its flag-shaped reels. There are six of these that are presented with two rows, three rows, four rows, five rows, six rows and seven rows to create the aforementioned shape. The minimum total bet starts at £0.40 and there is a bet multiplier that can be altered between the very lowest number of one, up to 200. Therefore, a maximum overall bet across all 192 paylines stands at £80 per spin.

A wild symbol in the shape of an ancient Greek building will stand in for any other symbol on the reels to create a winning combination. The only symbol it won’t substitute is the feature symbol. 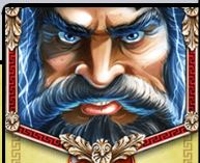 In the main game stacked symbols of Zeus can appear, and should they cover a full reel, they’ll transform into a wild reel. This, of course, has the same benefits of the standard wild, although with stronger chances of creating one or more winning combination. 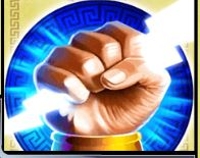 During the free spins round, if you spin three or more feature symbols on reels one through to five, additional free spins will be added to your total.

Zeus III is a sort of upgrade of its older sibling, Zeus. It features many of the same aspects, although the nice flag-shaped layout as well as the wild reels are newly incorporated, making this particular version of the game a little bit more enjoyable to play.