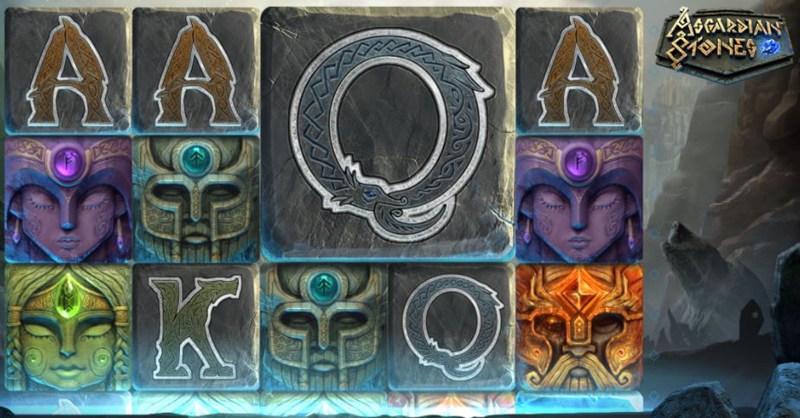 Asgardian Stones has got to be among the most visually impressive offerings from Netent, and that says a lot given this developer’s portfolio. Based on Scandinavian mythology, this online slot game creates a unique and very compelling atmosphere. There’s a lovely intro you may want to avoid skipping, as the amazing visuals are what makes gameplay that much more enjoyable. What’s more, the slot boasts great sound effects and a spellbinding backdrop to set a very solemn, yet captivating mood.

Of course, what Netent title doesn’t come with its very own unique touch to its setup? In that sense Asgardian Stones is true to its manufacturer’s reputation, and speaking of stones, notice that each symbol is actually a stone slab. The reels don’t really spin either, they collapse and then new symbols fall in their place. The layout is fairly conventional, though, featuring 5 reels and 3 rows with 20 fixed paylines. With that in mind, there’s a very decent betting range here starting at 20p per spin, and the maximum bet will set you back a total of £200 per single spin. Asgardian Stones also boasts an Avalanche feature, which means you have the possibility to win more than just once from every spin.

If you like a game that’s feature rich you have certainly come to the right place. Asgardian Stones may not boast a whole lot of different symbols on its reels, but there is still plenty of action going on. 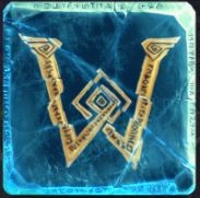 The Wild symbol in this game can appear in any position on the reels, and it can land both in the base game as well as during bonus rounds. It offers a helping hand in forming winning combos in that it can replace any of the other symbols except for the Bonus Wheel symbol. 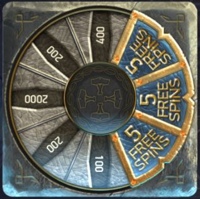 As pointed out, the Bonus Wheel symbol may grant you free spins. More specifically, you may get 5, 10 or a maximum of 15 free spins. During this bonus round, players can benefit from Colossal Wilds and even the possibility of a re-trigger. In fact, you can re-trigger this feature up to 3 times and receive up to 25 extra free spins in total. 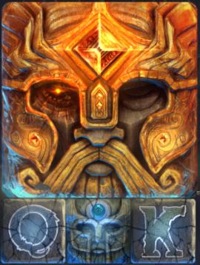 As we pointed out earlier, this title comes with an Avalanche feature. The symbols forming winning combinations disappear and new ones fall into their place. After an Avalanche, if there happen to be empty spaces directly below a Colossal symbol it will crush that row and drop down. This will continue until it hits the bottom or reaches a row with no empty positions, plus, with each row that it crushes the Colossal symbol will gain you a multiplier.

In all honesty, you couldn’t find something to complain about in Asgardian Stones if you tried. Not only does it have absolutely superb visuals, but it also has an abundance of features. In addition, the variance is in the medium range with higher wins coming from the free spins bonus feature. As a matter of fact, you can benefit from up to a nice 2,000 times your total stake on these reels.