Red Riding Hood is an online slot game from the Fairytale Legends series by software manufacturer Netent. It creates a fairytale-like vibe with the help of its magical soundtrack and exquisite graphics, not to mention that there are some cool animated features, such as Little Red Riding Hood making her way onto her Grandma’s house beside the reels. In addition, let’s not forget the moving backdrop picturing Red Riding Hood’s path into the woods. There are further animations and nice touches to keep you entertained along the way, too.

Now as for the technical details, the layout in Fairytale Legends: Red Riding Hood has your regular grid of 5 reels and 3 rows. There are 20 paylines available in total and these are fixed, which is most often the case with Netent slots. Nevertheless, players can still enjoy a flexible betting range, with a minimum stake of 20p per spin and a maximum possible wager of £200 per single spin. In addition, there’s a jackpot of 400 coins to aim for, which doesn’t hurt. On top of that there are very attractive and potentially lucrative bonus features to look forward to as well.

All Fairytale Legends slots come with a set of similar bonus rounds, including 3 different random ones, meaning that they can be activated at any point during gameplay, completely by chance. All three features have to do with a fairy and the first one is the Fairy Magic Spin. When active, it will add 5 to 9 medium value symbols to the reels in a random cluster for one spin.

The second random feature we have is the Fairy Surprise. It can take place during a no-win spin, during which a symbol of those on the reels will be randomly selected. Then, the remaining symbols on the reels will begin to turn into that one symbol.

The third and final random feature is the Fairy Wild spin. As part of this one, 3 to 4 Wild symbols will randomly appear on reels 2, 3 and 4, and then after one spin the player will receive a Sticky Wild Re-spin. 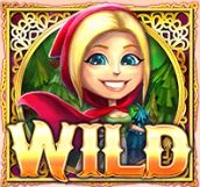 During the base game, the Wild symbol can only land on the middle reels 2, 3 and 4. During free spins, however, it can land anywhere. If you manage to land two Wilds at the same time during a spin, they will trigger a Sticky Wild Re-spin. 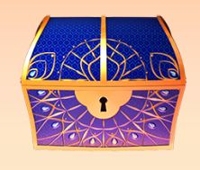 The blue treasure chest icons are the game’s bonus symbols and these can only appear on reels 1, 3 and 5. If you can get all three of them to land at the same time during a spin, you will be able to activate one of the three bonus features. To do that, though, you will first need to select one of the three treasure chests, which will in turn reveal the feature. The simplest of the three possibilities is simply gaining a coin win of up to 15x your bet. 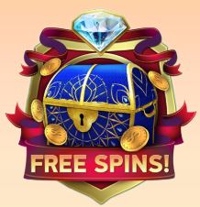