Well, what more can be said about a game called Trolls once you’ve revealed its title? The game’s theme is pretty self-explanatory. The reels are filled with various different troll symbols, ranging from a baby troll to one that could almost be a garden gnome. Meanwhile, standard A, J, K, Q and 10 icons make up the rest of the symbols on the reels. The serene background noises of a tranquil forest with birds tweeting make up your surroundings as you spin your way towards your treasures.

Trolls features five reels and three rows as an interface, with 20 bet lines incorporated. The lines can all be customised, so you’re able to wager on as many or as few as you like, while the game’s coin value is able to be altered between £0.01 and £1.00 per line. Meanwhile, there’s a bet level which can be swapped from the lowest of one up to the highest of four, giving players a maximum bet limit of £80 per spin. This can be automatically crafted via the max bet button.

The game has a standard wild symbol, represented by a tree stump. Wins with these wild symbols pay out times two when substituting other symbols, and it will stand in for all others on the reels, except scatters. 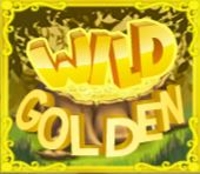 The golden wild is exactly the same tree stump icon as the standard wild, but it is coloured in gold. This only appears on reel three and works in the same way as the standard wild, substituting for all other symbols to create a winning combination (excluding scatters). This wild multiplies your payout by four times. 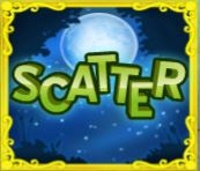 Ultimately, there is nothing super-spectacular about the Trolls game. It certainly has relevant imagery, and the addition of the golden wild is a nice touch to the game, but there’s the feeling that something is missing. Perhaps a bonus round of some kind? The theme gives plenty of scope for this sort of thing, but it hasn’t been taken advantage of.