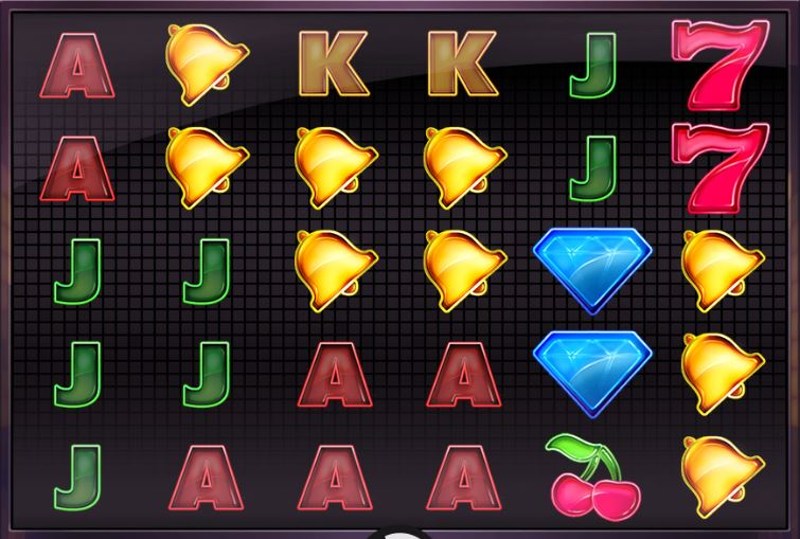 Twin Spin Deluxe is the follow-up to the original Twin Spin title by software developer Netent. Not much has changed in the sequel, but it does offer more enhanced graphics and a futuristic feel. The theme, however, is that of a classic slot machine and it has all the symbols that go along with one. For example, you will see red lucky 7s, cherries, diamonds, golden bells, and BAR symbols, and these are nicely mixed up with the lower value playing card icons Ace, King, Queen, and Jack. There’s an electronic soundtrack that isn’t quite the best musical accompaniment, but there are always the sound controls to deal with that.

The layout in Twin Spin Deluxe is anything but conventional. It boasts 6 reels and 5 rows, but there are no paylines. Instead, this offering uses Cluster Pays as a way for you to form winning combinations. This means that you will need to land clusters of 9 or more adjacent identical symbols in order to pocket wins. Furthermore, Twin Spin Deluxe offers players a more than agreeable betting range. Stakes range from as little as 10p per spin up to a maximum bet of £100 per single spin. In addition, there’s a crazy jackpot of 10,000 coins.

The single and most important aspect of the game’s structure is the so-called Twin Reel feature that this offering comes with. As part of this feature, at least 2 adjacent reels (and up to all 6) become linked and show the same symbols. This will happen for each and every spin, all throughout gameplay. Obviously, the more linked reels there are during a spin the higher your winning chances will be, and your aim will of course be that they display higher value symbols to make it really count.

With that said, there are no other special features in Twin Spin Deluxe. There are no Wilds, no freespins, no Scatter symbols and not even a single bonus round; but that’s in line with the classic genre of the game. As we well know, old-school style slot games don’t boast many (or often any at all) bonus rounds or extras.

Twin Spin Deluxe certainly takes the visuals a step further than the original game, and the layout in this version boasts an additional sixth reel. This can contribute to better winning chances, however, all in all the payouts are slightly lower in Twin Spin Deluxe with a maximum of 1,000 times your total stake available on each spin. To land that amount you will need to get a cluster or 30 diamond symbols, or in other words, fill the whole screen with them. This is a medium variance title so there is a pretty good balance between the winning amounts and frequency.