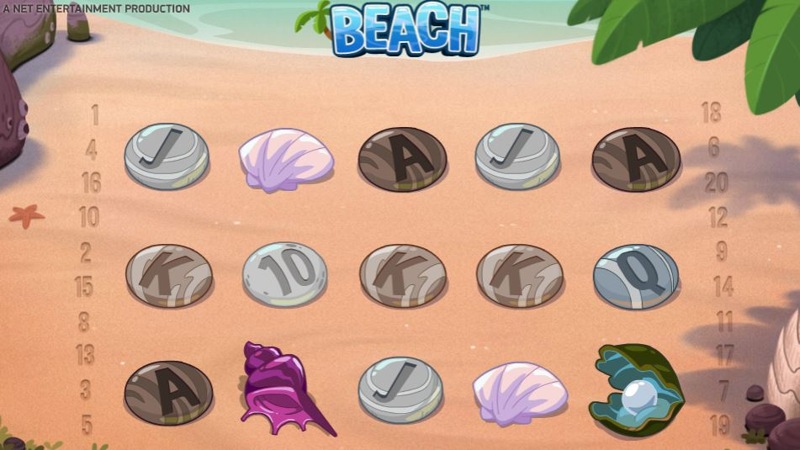 It’s time to hit the beach, sit in the sun getting a tan and listening to the waves wash upon the shore – and that’s exactly what you’ll get with this game. Well, perhaps not the tan part, but you’ll certainly be able to watch the waves as that’s precisely how your symbols will appear, beached by the waves from the sea. And of course, what does the sea wash up on the shore if not buried treasure, meaning you’ll find the reels filled with chests of gold, as well as messages in bottles, starfish, pearls in oysters, seashells and pebbles marked with Netent’s signature A, J, K, Q and 10.

There’s a total of five reels and three rows included in this game, with a total of 20 paylines incorporated for you to bet on. Coin value can be altered between £0.01 up to £0.02 and so on, until you reach the maximum of £1.00 per line. The bet level is also changeable from one to 10. This allows players to place a maximum wager of £200 per spin. There are also a few added features, such as wilds and scatters to keep you entertained as you go.

Beach has a standard wild symbol that can be washed up by the sea as a chunk of wood with the word ‘WILD’ scrawled into it. This will only appear on columns one, two, four and five and stands in for other symbols to create a winning combination, except for scatters and Octopus Wilds. 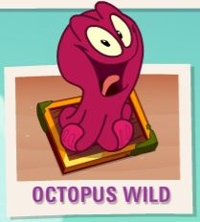 So, what are Octopus Wilds, you may be asking? These have the potential to appear on reel three and works in the same way as the standard wild, substituting other symbols to create winning combinations. However, in order to create the highest possible total win, the Octopus Wild is able to exchange the positions of any two symbols on adjacent positions on columns two, three and four; furthermore, all Octopus Wild wins are doubled. 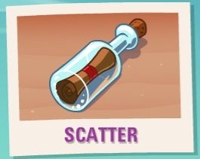 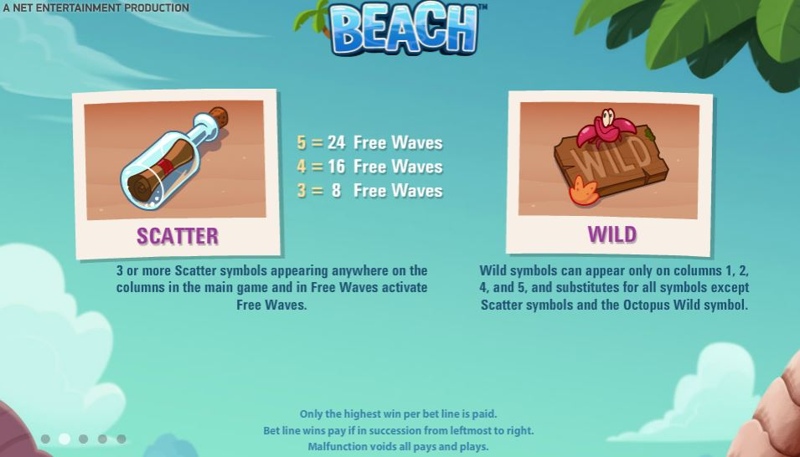 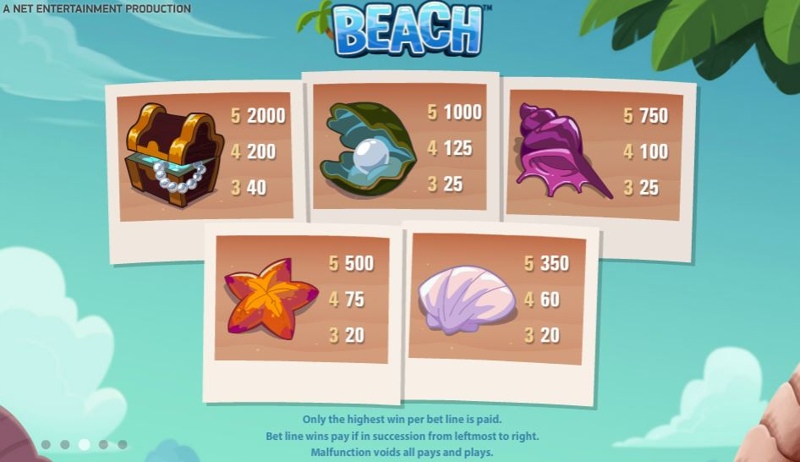 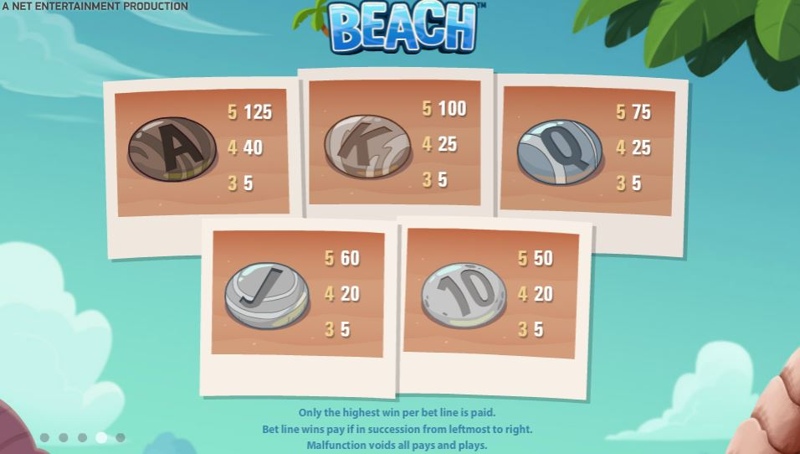 Beach offers a unique take on the standard slot game, with its seaside wave structure and interesting symbols. The added Octopus Wilds make for a great perk, and you’ll love the sound of the ocean swishing about in the background as you play.