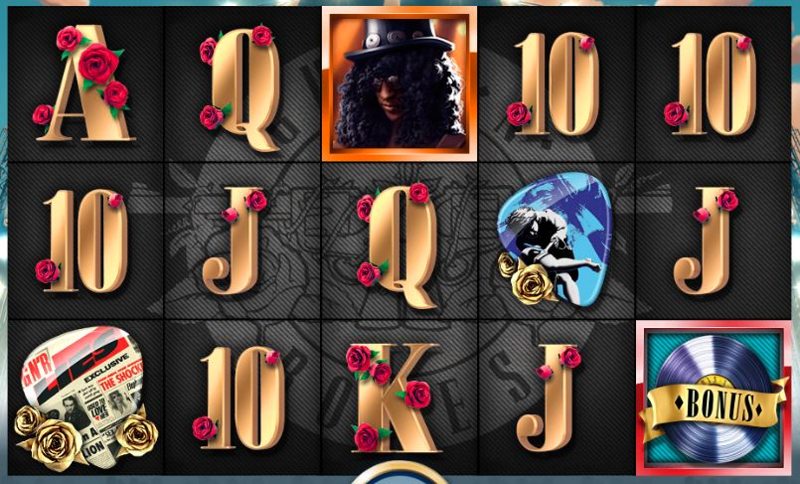 Guns N’ Roses by software manufacturer Netent has most certainly won players over since its release, and it keeps on doing so time and time again. This isn’t simply because the game is based on the legendary band, though, it’s also down to the amazing execution and the wonderful atmosphere Netent has managed to create. Furthermore, it definitely doesn’t hurt that the slot features original Guns N’ Roses songs. In fact, you get to listen to five of their most famous hits and switch between them as you please, so if you happen to really love a particular song and it helps your gameplay, just put it on a loop.

Moving on to the technical specs, you will see a pretty traditional grid of 5 reels and 3 rows. In addition to those, there are 20 paylines for you to place your bet on, however, keep in mind that these are fixed and you cannot dictate their numbers. Hence, stakes start off at a minimum of 20p per single spin and they reach a pretty decent maximum bet of £100 per spin. What’s more, there is an attractive jackpot here as well – 2,000 coins.

Guns N’ Roses is literally packed with special features and exciting extras. In fact, there are 3 random bonus features alone. The first of them would be the Legend Spins feature, which awards players 3 re-spins during the game.

For the first re-spin, the three middle reels will be covered in stacked Wilds. Then for the second one, the stacked Wilds will cover reels 1 and 5 instead, and finally, re-spin number 3 will see reels 2 and 4 become fully Wild. Next up, we have the Appetite for Destruction Wild feature, which will see an overlay Wild in the shape of a cross appear on the screen. Last but not least is the Solo Multiplier feature. Here, you can benefit from a 4x to 10x multiplier for any given payline.

This brings us on to the regular Bonus features. To access these you will need to land three Bonus symbols on reels 1, 3 and 5, and as a result you will spin a wheel of fortune which will determine which bonus feature you get. The simplest option is winning cash prizes – that requires no explanation, but there are also two other bonus features you can receive.

If you activate the Encore Freespins bonus round, you will receive a total of 10 free spins. Moreover, one of the band members will be randomly selected to act as an expanding Wild on reels 2, 3 and 4. In fact, that band member will be present on at least one of those reels for each free spin, although unfortunately there is no possibility to re-trigger this feature.

The Crowd-Pleaser bonus is actually a pick-me game, and in it, you will need to make your picks on three separate levels. You can win cash prizes or even more picks, and if you collect three free spins symbols then you will also get 10 free spins. 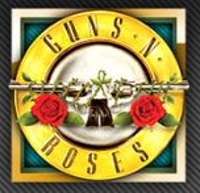 As we made clear this slot game does come with a Wild symbol and it can land anywhere on the reels. Furthermore, it can substitute for any of the other icons here, save only for the Bonus symbol, and to top it off, the Wild can also expand to cover an entire reel. 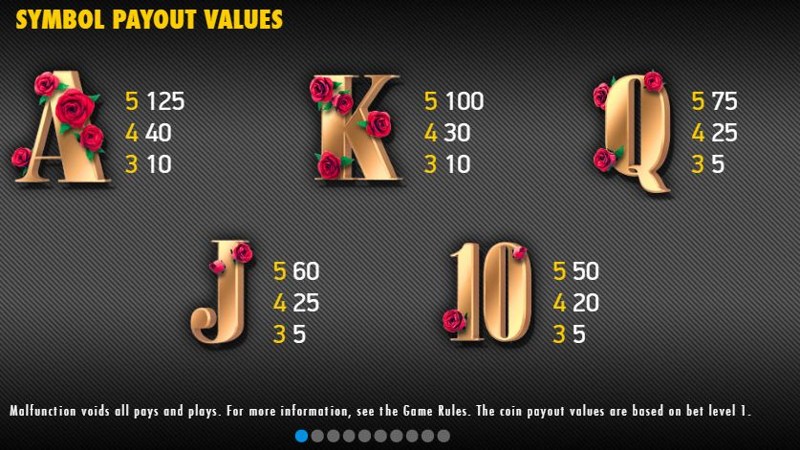 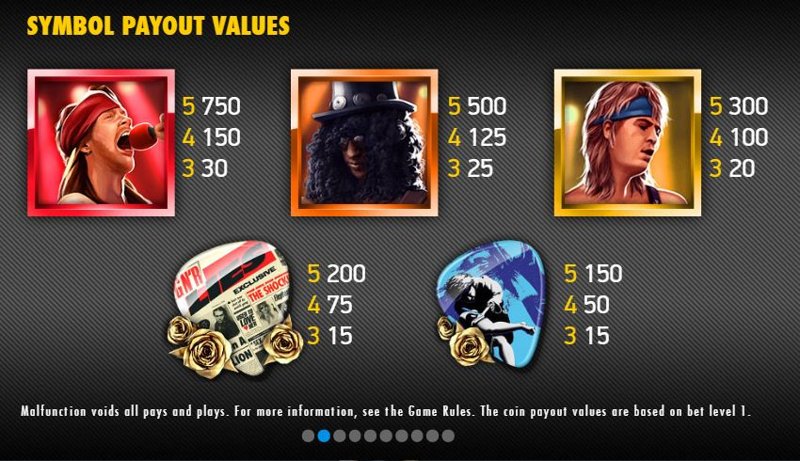 Guns N’ Roses is a very worthy offering by Netent and it brings so much action to the table. You have a whole sea of bonus features for a start, which would be great on its own, but you can also win pretty big with their help, especially from the free spins round. The medium variance will also ensure that you get a decent chance at experiencing all of the cool bonuses.