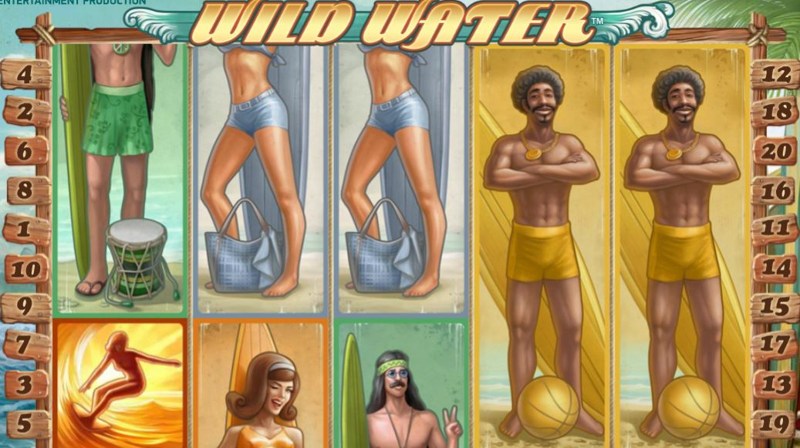 Yo, surfer dude, it’s time to catch some waves!

Yes, you’ll have all the fun of the beach incorporated into one game here… and not just any old fun, but fun in the sixties. The game has five different surfing enthusiasts that cover the entirety of the reels, so there are no fillers in here. Every symbol, except the wilds and the scatters, are totally stacked. And each character is represented by a different colour; for example the bikini babe in her blue outfit, or the hippy stud with his green surf shorts and headband.

The game has a fairly standard five reel, three row layout, and incorporates 20 fixed paylines into gameplay as well. You’ll have the option of changing the bet level from one to 10 and the coin value is also able to be altered between the minimum of £0.01 up to the maximum of £0.50. This gives players the chance to place a maximum overall wager of £100 per round. Every winning combination made will be met with a man’s voice saying “Excellent!”, in typical 60s fashion.

What would a game based on surfers be without a little danger? And danger there is, in the form of a shark symbol. But don’t worry too much, as this is Wild Water’s wild icon. This will stand in for other symbols in order to create a winning combination on a payline. The only symbol it won’t substitute is the scatter. During free spins, wild symbols automatically expand to cover the entire reel. 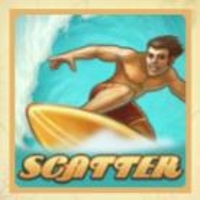 A random guy surfing the waves acts as the scatter symbol in this game, and three or more of these appearing anywhere on the reels activates the free spins round. Three scatters provide 15 free spins, four provide 30 free spins and five provide 60 free spins.

Any mix of five stacked surfer symbols appearing fully across the reels pays out a multiplier of times 20. This is known as the surf’s up bonus.

To receive a multiplier of times 200 the reels need to be filled with one of each of the surfers. The stacked symbol must be fully on the reel to count. This is known as the surf team bonus. 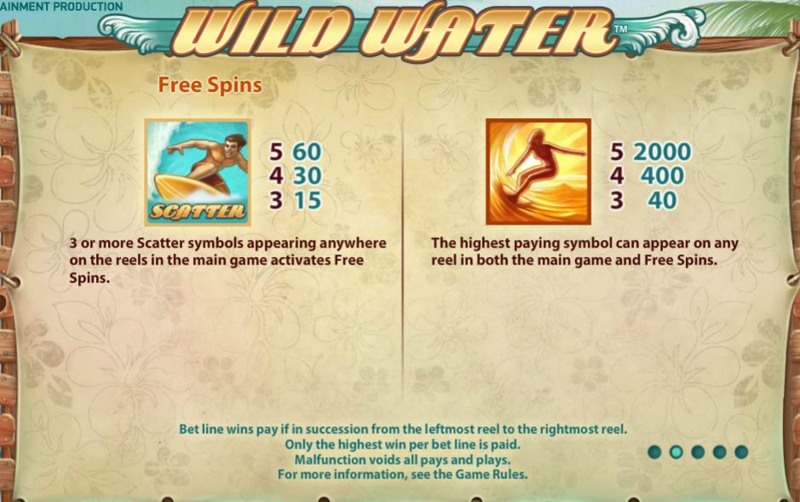 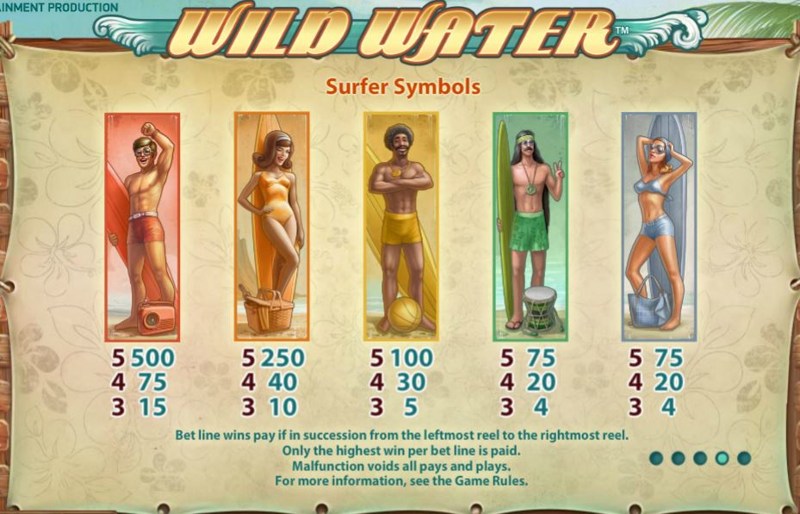 Wild Water is a great game with the compelling soundtrack of LaBamba in the background and added perks. Incorporating not only the surfing theme, but the 1960s into a single game has brought forth a unique product that provides endless hours of entertainment.