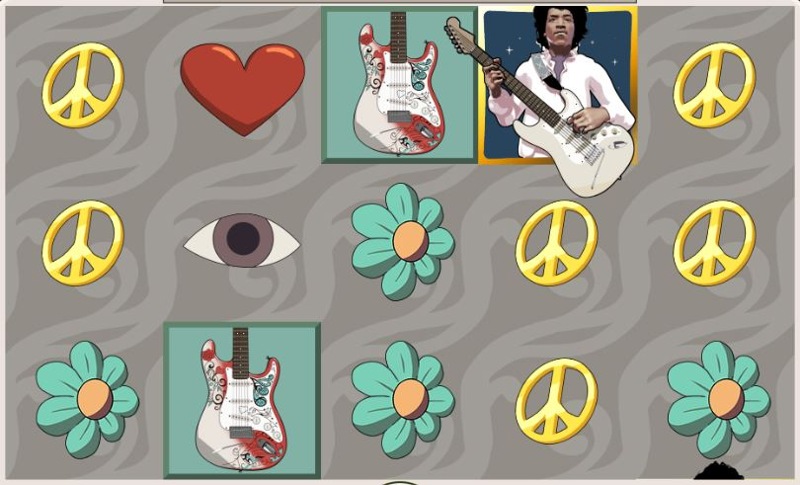 Everyone remembers the legendary Jimi Hendrix as perhaps the greatest rock instrumentalist of all time, not to mention that he is widely regarded as the godfather of the electric guitar. Jimi Hendrix’ music still lives on today, even decades after his passing, and with online gaming having expanded to a variety of themes, it was only fitting that he also has a slot game of his own, and who better to create a Jimi Hendrix online slot game than software developer Netent? The game’s design brilliantly captures the spirit of psychedelic rock and the flower-power era, and to top it off, you get to enjoy the rock idol’s music as the backing track. Old school rock fans will be sure to have a blast with this title.

Now, as far as the layout goes, things are pretty conventional. It features a 5 reel by 3 row grid, with a total of 20 paylines. The paylines are fixed, though, so there will be no wiggle room there. And the stakes reflect as much, with the minimum bet being 20p per spin. The maximum bet you can wager on these reels will set you back a total of £200 per single spin.

Players will be pleased to find that Jimi Hendrix comes with a whole variety of different special features. Two of them are accessible from the base game by landing their respective symbols., like for example the Purple Haze feature. To trigger it, you will need to land the Purple Haze symbol on reel 1, and as a result it will transform the lower value icons A, K, Q, J and 10 into Wilds for one spin. Furthermore, the Purple Haze symbol itself will also act as a Wild. 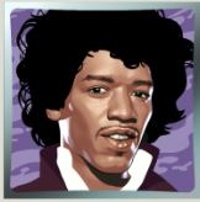 The Wild symbol has no payouts of its own, but it can land in any position on the reels. Furthermore, it will be able to replace any of the other symbols here. Of course, there’s the one exception of the Scatter. 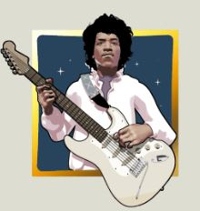 The main attraction in Jimi Hendrix is the Pick and Click feature. For you to trigger it, you will need to land 3 Scatter symbols on reels 3, 4 and 5. Then, the feature will begin and you will be presented with a selection of speakers to choose from. There are four different types of rewards that you can reveal from your picks., and one of them is a simple cash win which can be up to 30x your total bet. The other three possible prizes, however, are different free spin features. 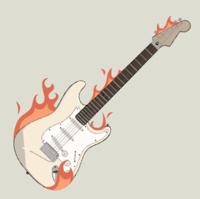 The Crosstown Traffic Freepsins feature is the first of the available free spins rounds. If you trigger it, you will get 6 free spins with Wild reels appearing on every spin. For each spin, however, the Wild reels will be on different reels. So, during the first one it will be on reel 5, whereas during the second it wil be on reel 4 and 5. Then it will be reels 3 and 4, 2 and 3, 1 and 2. And finally the sixth spin will see the Wild reel on reel 1.

Next is the Purple Haze free spins feature, which can award anything between 6 and 12 free spins, with all lower value playing card symbols transforming into Wilds during this round. Then last but not least we have the Little Wing Freespins which will also give you from 6 to 12 free spins, and each of those will come with between 3 and 5 overlay Wilds. 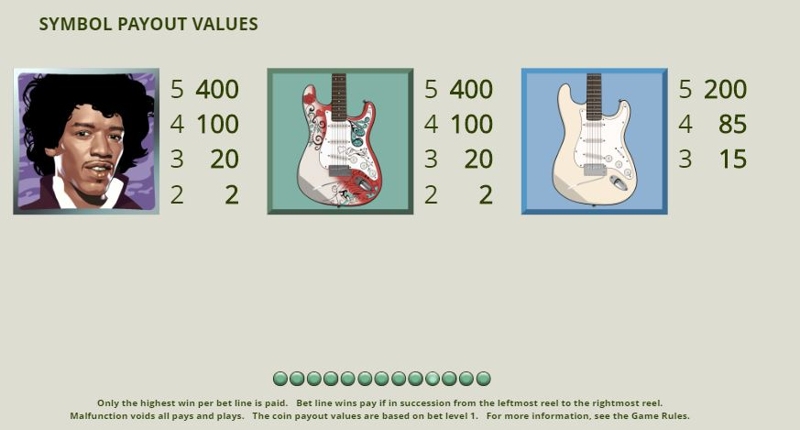 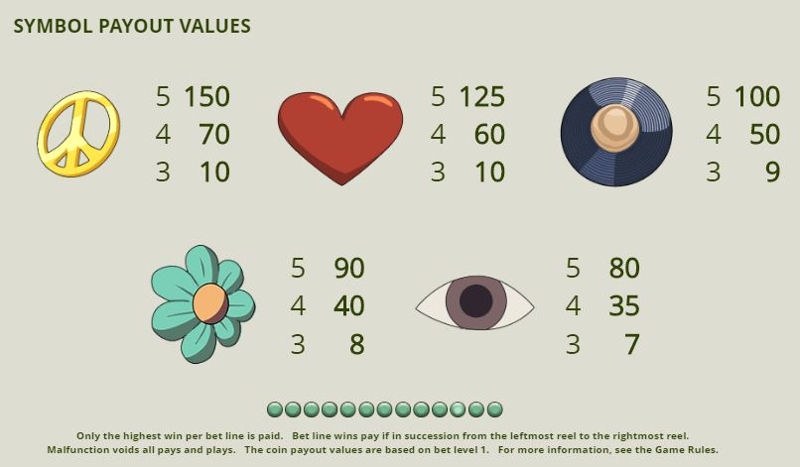 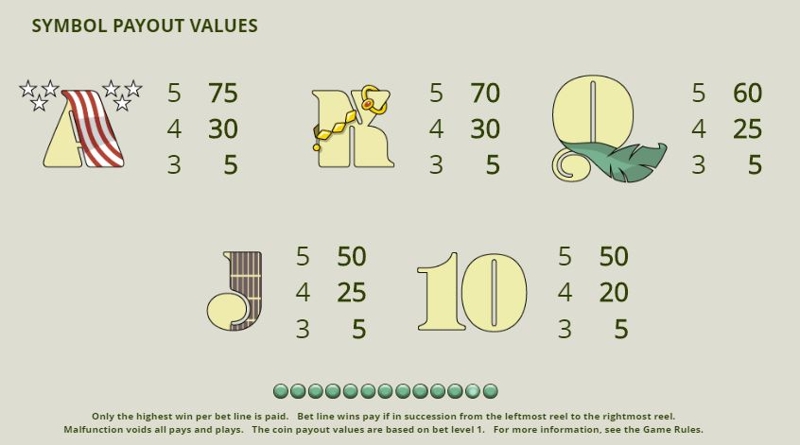 Jimi Hendrix is a decent medium variance offering with an abundance of special features as you can see. It boasts a one-of-a-kind atmosphere you won’t get anywhere else and can make for some pretty attractive wins too.