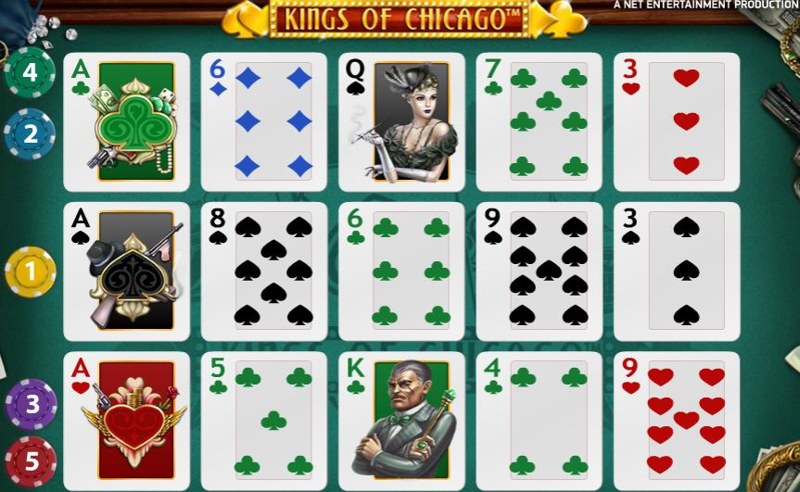 Are you ready to play a round of poker with the Kings of Chicago? Well, now’s your chance; with this ‘slot’ game you’ll have the opportunity to play a game that merges both slots and poker into one. The reels incorporate playing cards, which rather than spin into place, are laid out into their place by an unidentified dealer. The picture cards of Jack, Queen and King all have imagery of classic 1930s people incorporated into them. Meanwhile, extra colours have been added to the cards, with hearts and spades remaining in their relative red and black colours, while clubs are green and diamonds blue.

Five reels and three rows exist within the game, which also features five separate paylines. The coin value in the game is able to be changed from the minimum of £0.01 up to the maximum of £1.00 per line. Meanwhile, the bet level can be switched between one and 10, enabling players to place a maximum overall wager of £50 per spin. Autoplay and max bet buttons are also included. 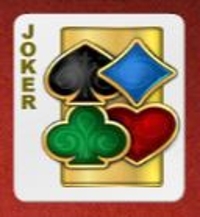 The joker card will stand in for any other card to create a winning combination of cards. Joker wins are doubled when completing winning bet lines. 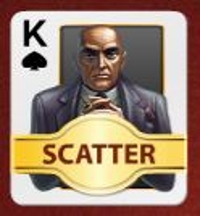 The scatter label can randomly appear over any of the cards on the reels. Three or more of these appearing will activate the free spins, or in this case, free deals round. These are played at the same wager as the round that triggered them. Wins during the free spins round are paid out at double the amount and while playing this round, three or more scatter labels appearing once more will trigger additional free deals. 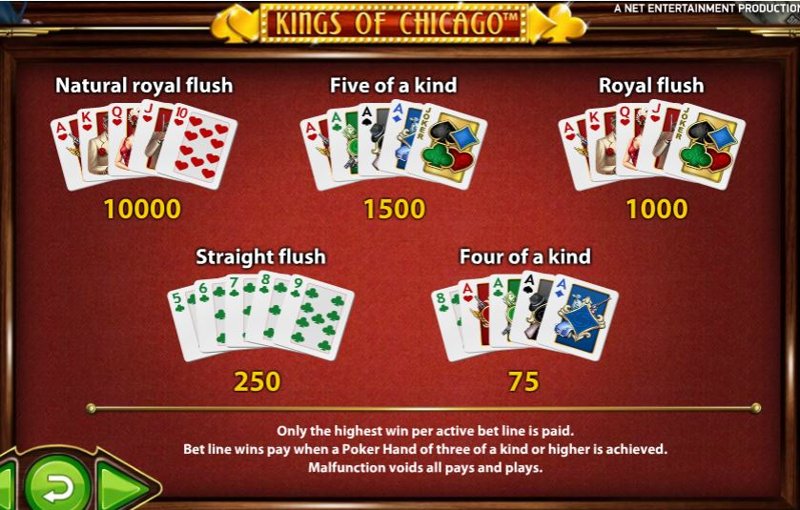 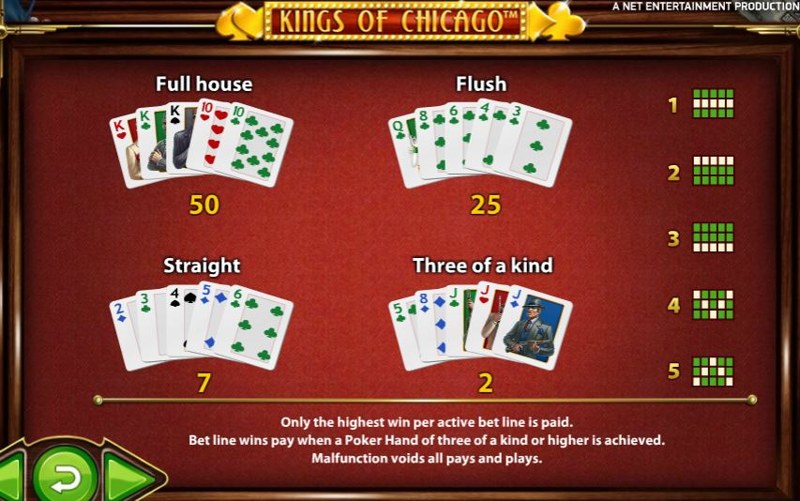 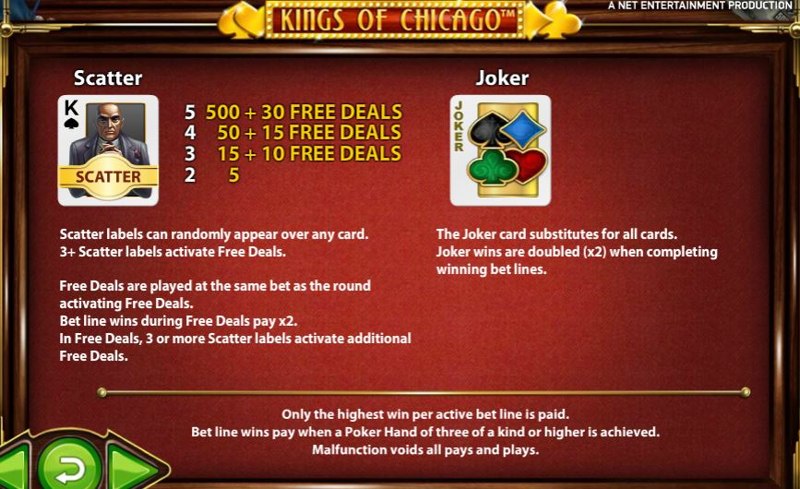 Kings of Chicago presents you with an ultimately unique slot game to play, with its card symbols and poker hands. The additional free deal rounds that can be claimed from the game provides extra opportunities for big wins, while the incorporated noises will have you believing that you’re seated a poker table in downtown Chicago with other expert players.