In terms of technical aspects, two movies mean double the amount of reels. So, there are 10 reels in the layout, each with 3 rows. You will have a total of 40 paylines to place your bet on, just keep in mind that you won’t have the opportunity to regulate them. Nevertheless, stakes are very agreeable and start at a minimum bet of 20p per spin, and the maximum possible wager amount is a total of £200 per single spin. There’s also a fairly attractive jackpot of 1,000 coins, too.

With two sets of reels come two separate sets of special features. One feature that both sets of reels have in common, though, is the Dual Feature. This is a random feature and it can be triggered before any spin throughout gameplay. It will result in one symbol being selected for both playing areas, although it cannot be the same one for both those areas. If you activate the feature, all reels will only have that one symbol on them.

Each playing field also has its own Bonus symbol. The Rise Bonus symbol can only land on reel 1, and once it appears there, you will trigger its’ respective feature. As a result, you will receive a cash prize for each and every of the character symbols on the first set of reels.

To trigger the Dawn Bonus you will need to land its Bonus symbol on the last reel. This will, in turn, make all character symbols on the second set of reels turn into one symbol.

There’s a different Wild for every set of reels here, as it is with pretty much all other symbols, but they both serve the same purpose: to substitute for the other icons when forming winning sequences. They cannot replace the Scatter and Bonus symbols. Furthermore, the Wilds can land in full-reel stacks, and if you land Stacked Wilds on the first set of reels, it will replicate in that exact same position on the second.

The Scatter symbols in this game will activate the Freespins Bonus features. In the first playing area that would be the Rise Freespins feature; in the second playing area, you will get to enjoy the Dawn Freespins. To trigger either of these features you will need to land at least 3 Scatters all at the same time during a spin. The Rise Freespins round will award you a total of 10 free spins, and throughout the duration of the feature, you will be collecting Wild symbols. Then, during the last free spins, all of your collected Wilds will appear on the reels.

Then the Dawn Freespins bonus will grant you 15 free spins. Here you will also have to collect symbols and depending on the kind you get you can benefit from multipliers, extra free spins or extra wilds. 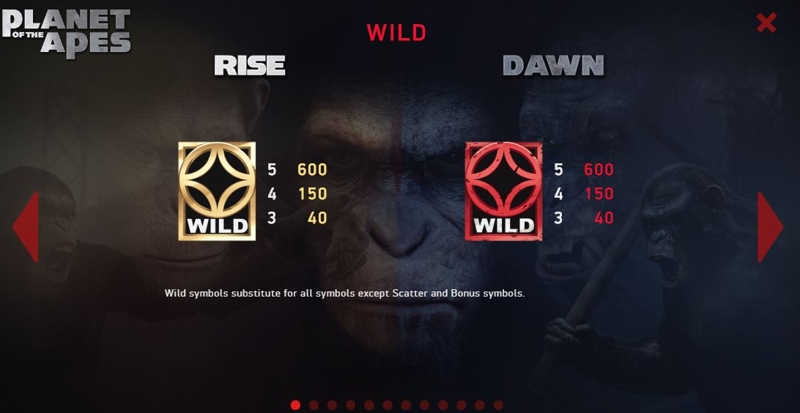 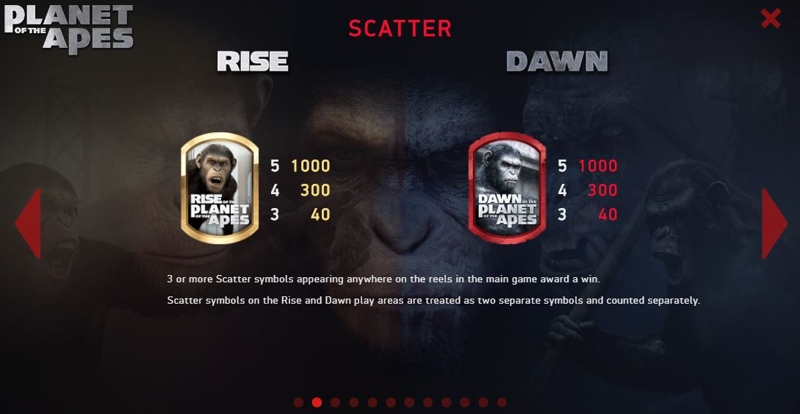 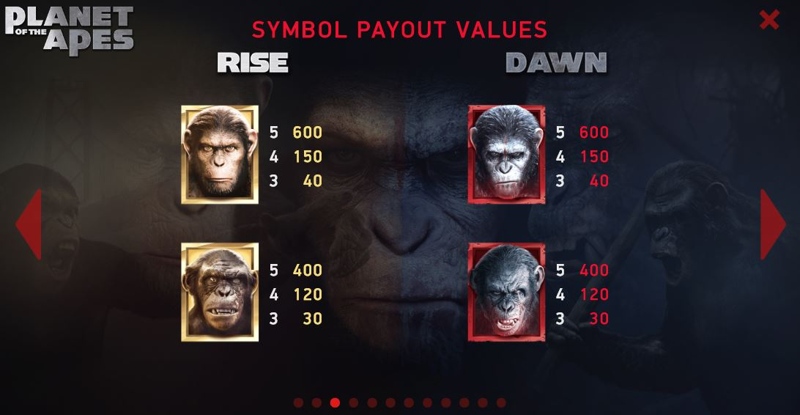 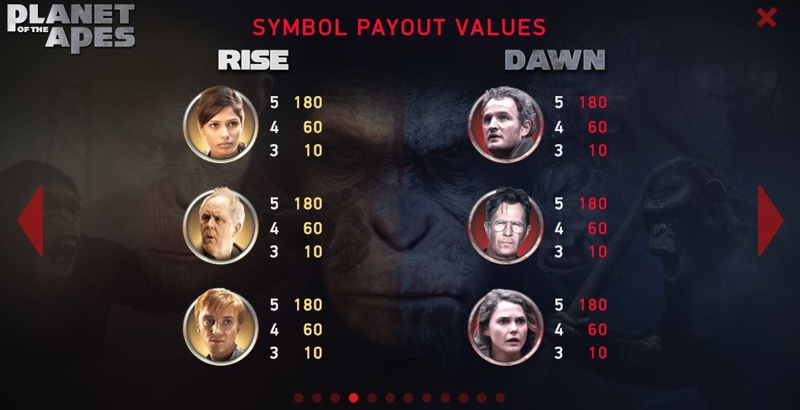 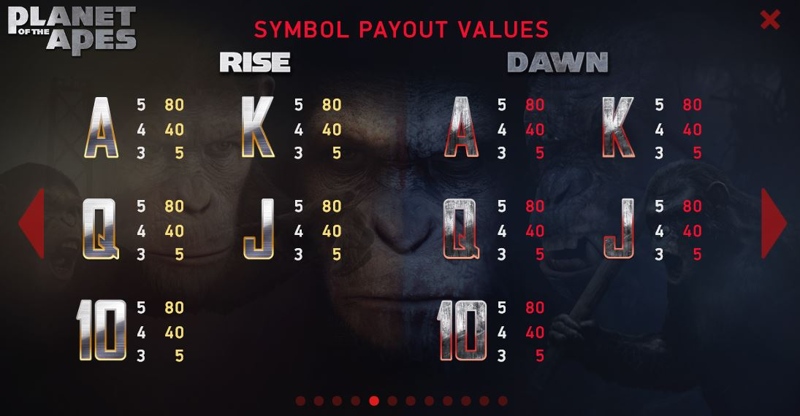 Planet of the Apes offers a fantastic balance of entertainment and winning opportunities. It’s a great medium variance title with a lot going on. There are real movie scenes, a lively soundtrack, animated features and an array of bonuses to suit any player.