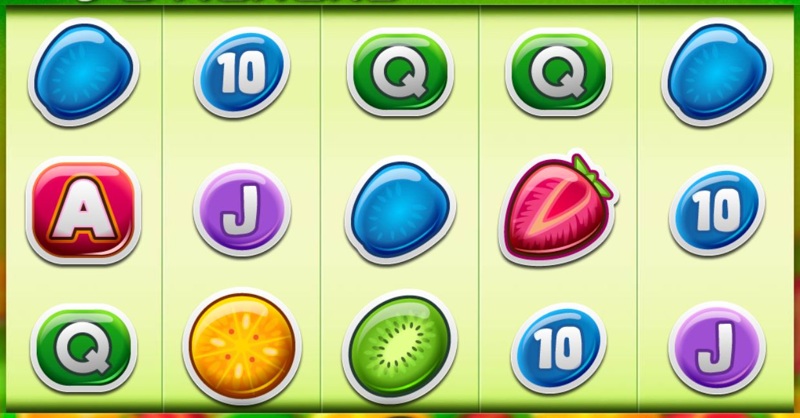 Stickers is one of Netent’s more simplistic games, but this is by no means a bad thing, as we all know how successful games like Starburst have been because their simplicity. This game focuses on providing icons of sliced fruit that look like stickers you’d plaster your fridge with. So, you’ll find plums, strawberries, kiwis and oranges filling the reels, alongside the ever-present A, K, J, Q and 10 symbols. The game is also particularly irksome due to its children’s tv-like soundtrack; fortunately, the answer to that is only a mute button away.

Stickers provides gamers with a generic layout of five reels and three rows, while a total of 20 fixed paylines are also included. The coin value is changeable between £0.01 and £1.00 per line, while the bet level is also able to be changed from one right up to 10. This allows players to place a maximum overall wager of £200 per spin. There’s also standard max bet and autoplay buttons included in the interface.

Stickers doesn’t initially appear to have many interesting features that would draw you towards playing it over other games, although its main special addition is one that isn’t to be sniffed at.

First off, the game features wild symbols. Pretty normal. These will substitute for all other symbols on the reels to create a winning combination. Again, all relatively regular for a slot gam 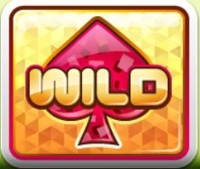 Things get interesting from here though, as with every wild symbol that appears on the reels, a re-spin will be automatically triggered. Not only that, but the wild symbol will stick in the same position for the re-spin. Should another wild symbol appear on the re-spin, this one will also trigger a re-spin and both wilds will stick to their positions. This continues on and on with more re-spins and sticky wilds being gained. There’s actually the potential for the entire reels to be covered in wilds by the end of it. The only time the re-spins end is when a spin adds no further wilds.

The redeeming feature of Stickers is its Sticky Spin feature. Other than that addition you’ve got yourself a standard slot game with the inclusion of a very annoying soundtrack. The Sticky Spin feature does provide the potential for huge payouts, but if you’re looking for something with bonus rounds, scatters and a whole host load more, you’d better locate a different Netent game.