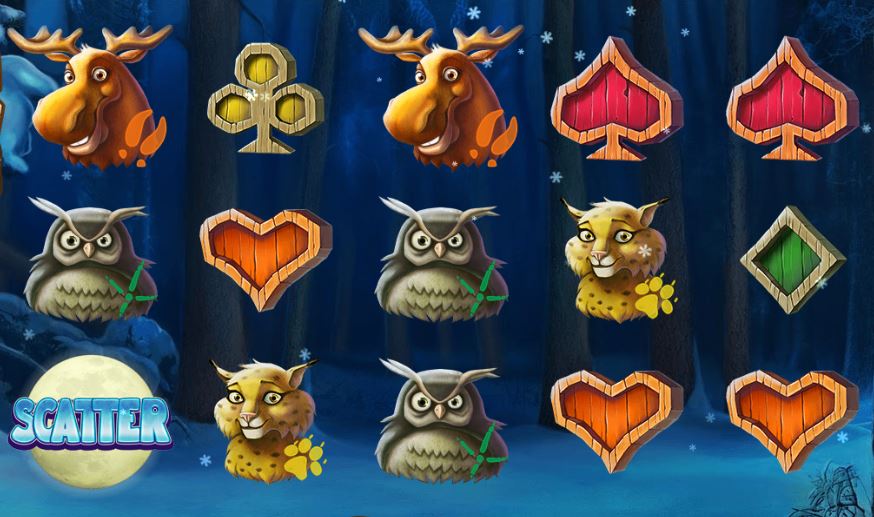 Wolf Cub is a beautiful and charming online slot game by software manufacturer Netent. As the name itself tells you, the offering revolves around a lovely little wolf cub with adorable blue eyes. You will see him occasionally howling at the moon right beside the reels, and when he isn’t doing that, he’ll be puffing steam into the cold winter air. If you have a better look at the backdrop you will find yourself in the midst of the woods, at night, with a very light snowfall. All in all, the vibe here is extremely pleasing and amplified also by the outstanding quality of the graphics. In addition, the animations are executed with equal finesse, which makes it only too easy for this nature-themed title to win you over.

Onto the technicalities, then, and the layout in Wolf Cub is quite basic. It boasts 5 reels and 3 rows, with a total number of 20 paylines. These paylines are fixed at that number so there will be no meddling with them in the controls. Stakes are within a pretty wide range, which we often see with Netent slots spanning from a minimum of 20p per spin up to a maximum of £200 per single spin. Note also the alluring jackpot of 2,000 coins. 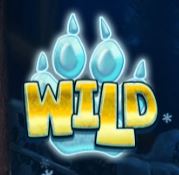 The paw print symbol on these reels is Wild and can, therefore, substitute for all other symbols, and in doing so it will be contributing to winning combinations. In addition, the Wild is also the most lucrative symbol on the reels and can appear anywhere on them. However, it will not be able to replace the Scatter symbol. 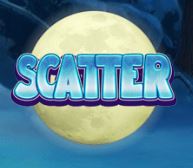 The Scatter can also land in just about any position at any point during gameplay. Unlike the Wild, it doesn’t offer any payouts. Instead, it will be able to trigger this game’s main attraction – the Freespins Feature. For this to happen, you will have to land a minimum of 3 Scatter symbols all at the same time during a spin.

Before the freespins begin, though, you will see all the reels with Scatters on them take a spin. They will display different numbers, and once they stop spinning you will have your number of freespins. With the Freespins Feature comes the so-called Blizzard Feature. It is triggered whenever a symbol lands fully stacked on reel 1. At that point, if there are any other symbols of that type on the reels they will expand to cover the whole reel they’re on.

Wolf Cub is a wonderful online slot game with great visuals and a decent setup. The special features are fairly standard with a bit of a unique twist in the Blizzard feature, which makes gameplay overly simple. The medium variance of this title will ensure that you get to trigger the freespins fairly often, and there are handsome prizes to be won.