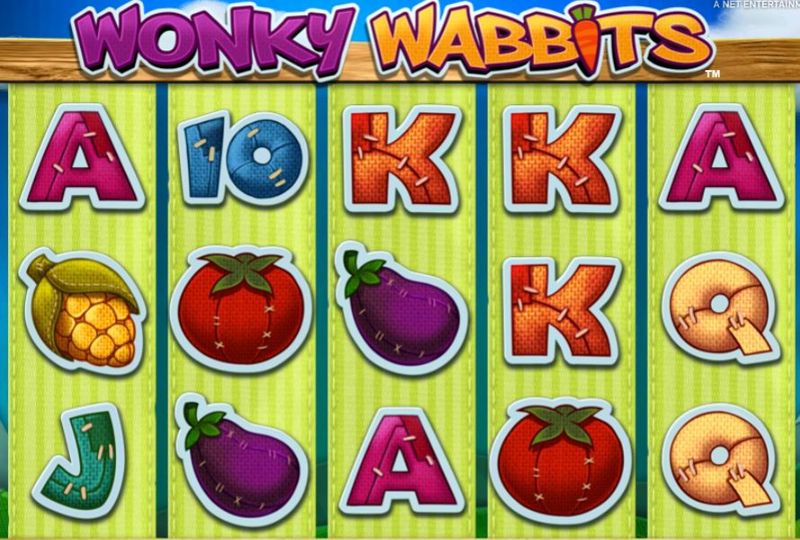 This game is pretty crazy, but with a name like Wonky Wabbits, nothing less could be expected really. The rabbits included in the game, whether they’re randomly popping up at the sides of the reels or jumping onto them, are all wide-eyed and zany, which instantly creates an entertaining product to play. You’ll find the reels adorned with stitched together symbols of A, J, Q, K and 10, while others which are most likely a rabbit’s favourite food include corn, aubergines, tomatoes, carrots and broccoli. There’s also a quaint ditty playing in the background that gives an even more whacky feel to the game.

Wonky Wabbits incorporates five reels and three rows into its gameplay, while paylines stand at 15, which are non-customisable. The bet level can be altered between one and ten, while coin value can be changed between £0.01, £0.02, £0.05, £0.10, £0.20 and up to a maximum of £0.50. This allows an overall maximum wager to be placed of £150 per spin. Autoplay allows you to play up to 100 rounds consecutively without needing to keep pressing the spin button.

This game has a win-both-ways feature integrated into it, allowing you to create winning combinations from both left to right and right to left. 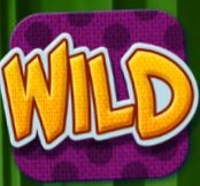 This game’s sole added extra feature is actually a really good one. If a wild symbol appears on the reels, a hungry rabbit will pop up and eat a random symbol from elsewhere, transforming it into a wild and creating the highest possible paying win. Wilds can appear on any of the reels, while the possibility of two stacked wilds can appear on either reel two or four. This means that a maximum of 14 wild symbols can appear on the reels after wild duplication has been triggered. 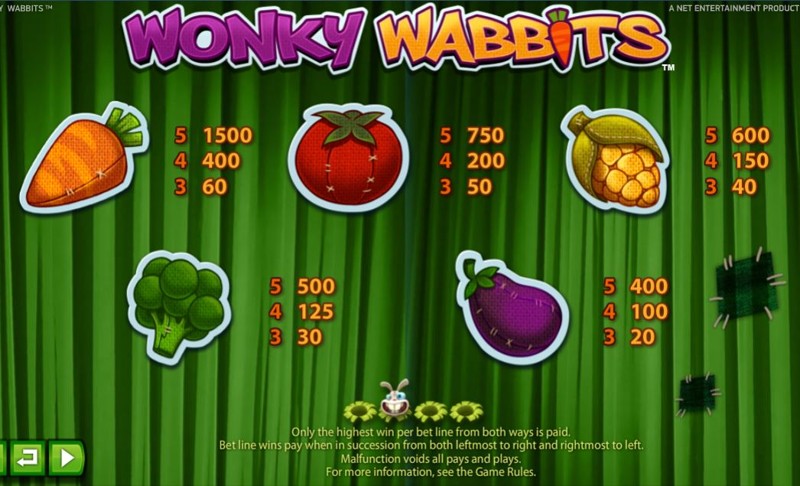 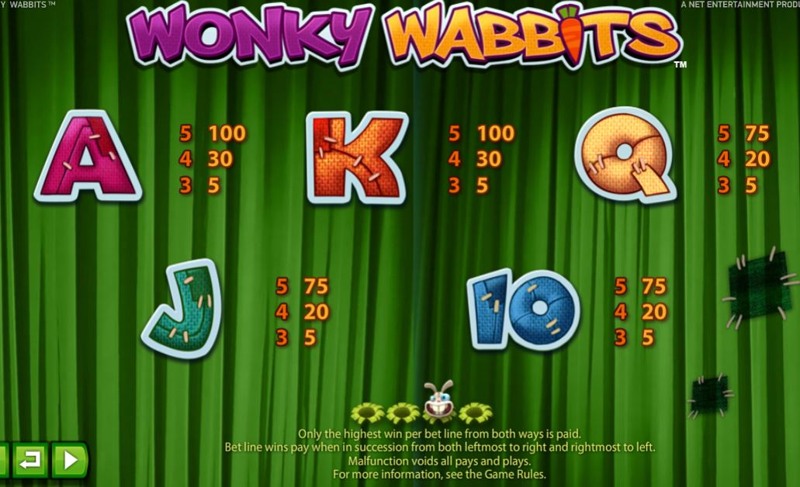 Playing Wonky Wabbits is quite likely to drive you insane – the music alone is enough to do that really. However, it’ll drive you insane in the good way, especially with its wild feature and win-both-ways addition. The inclusion of the big-eyed rabbit characters themselves is a nice addition, and every time one pops up you’ll be grinning as insanely as they do.