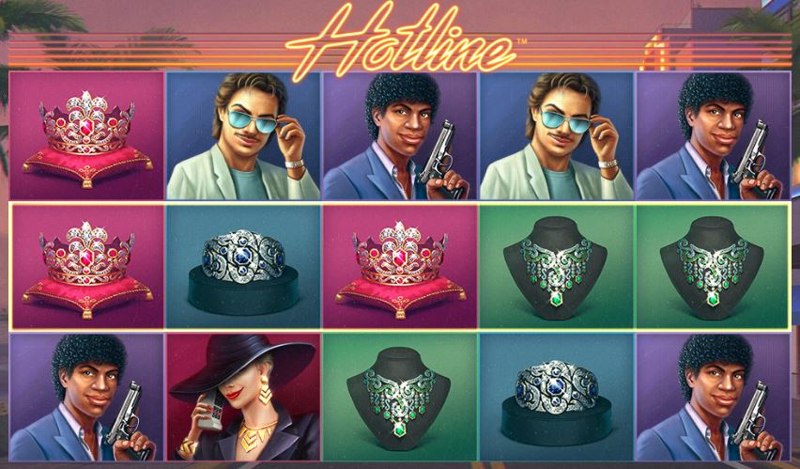 Hotline is a really stylish online slot game that takes you back to Miami Vice and perfectly replicates that same atmosphere. There’s a very 80’s rock song playing as the game’s backing track, and the neon signs both above and behind the reels certainly help support that nostalgic vibe. The reels picture cops, gangsters, a smug mystery lady and loads and loads of jewelry. Can you guess where this is going? In fact, the mystery lady with her massive brick mobile phone is also the highest paying symbol here, offering a jackpot of up to 200 coins. Besides that, though, players also get to enjoy exciting animated features and a great view of Miami.

Let’s have a look at the layout. It features your common grid of 5 reels and 3 rows, with a total number of 30 paylines. Now, as this is after all a Netent offering, you won’t be able to regulate the paylines. Nevertheless, stakes here aren’t severely affected by that fact. There’s a very agreeable minimum bet of only 15p per spin, and the maximum bet on these reels will set you back a pretty steep £450 per single spin.

Before we go onto the other features here, we should first point out the Hotline Bonus Bet. This will actually be one of the first things you notice as soon as the game loads. To the left of the reels you will see three bubbles. One of the bubbles is already active, which will highlight the row opposite it – the Hotline. This will have the default bet level of 15 coins per bet. But you can also increase your bet to two Hotlines (30 coins) or all three Hotlines (45 coins), if you choose. Increasing the number of Hotlines will also better your chances of landing Expanding Wilds and triggering re-spins. 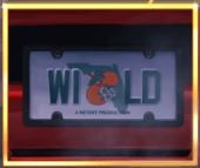 The Wild symbol can appear in any position on the screen, both in the base game and during the bonus features. In addition, if it happens to land on an active Hotline, the Wild will expand to cover the entire reel, and as if that weren’t enough, a re-spin will follow. What’s more, the Expanded Wild will remain on the reels for that re-spin, and if another Wild happens to land on the Hotline as a result of it, it will also expand and trigger a subsequent re-spin. As always, the Wild has the possibility to substitute for all other symbols except the Scatter. 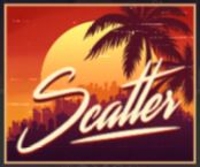 Keep an eye out for the Scatter symbol on reels 1, 3 and 5. It will be your aim to land all three Scatter symbols simultaneously in order for you to trigger the Freespins bonus round. As a result of this, you will receive a total of 7 free spins. During this bonus feature, any Wilds that land on the Hotline will expand and remain there until the end of the free spins. 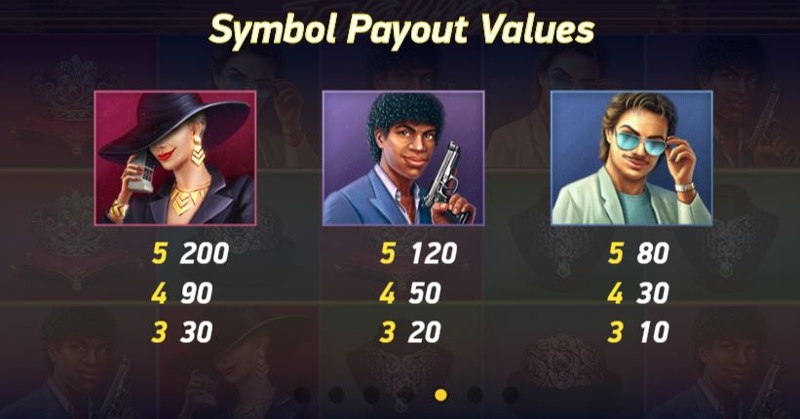 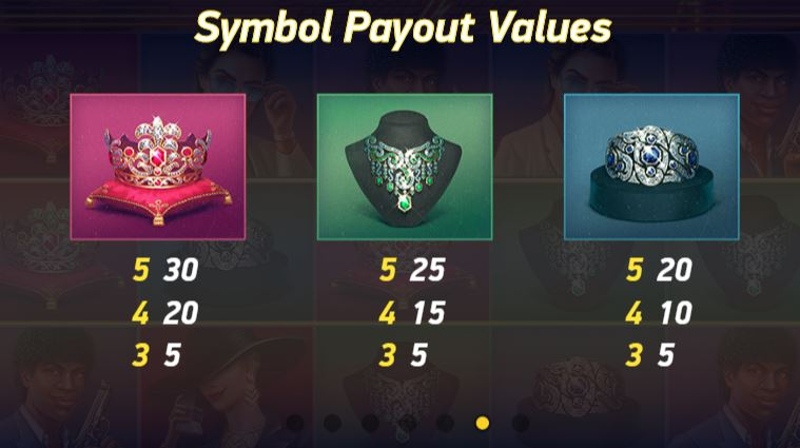 Hotline is by all accounts a very entertaining and visually pleasing online slot game. Fans of Miami Vice will certainly appreciate the feel of this offering above all else. Beyond that you have several cool features to enjoy, as well as some very tasty wins that can come from them.