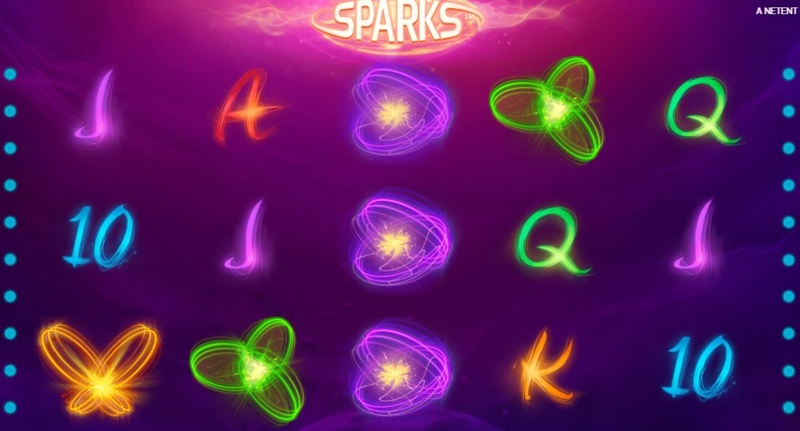 Feel the sparks fly in this super release from Netent.

Yes, this one will have you spinning through reels of coloured sparks, as well as standard A, J, K, Q and 10 symbols. As you go, there’s a very calming soundtrack playing in the background to compel you towards winning. The game has its own unique features as well, and before you start playing, you’ll be asked whether you wish to play a win-both-ways or win-one-way game. This option can be changed during the game as well if you so choose, although your wager will also be changed accordingly.

The game has five reels as well as three rows, while the paylines stand at 20. The coin value in Sparks can also be altered between £0.01 and £2.00, while the bet level is also alterable between one and 10. This allows all players the opportunity to place a maximum wager of £200 per round if playing the win-one-way version of the game, or £400 per round if playing the win-both-ways version. In addition to its standard features, Sparks incorporates one or two extra perks to make gameplay more interesting.

Reels two and four play host to expanding cloning wild symbols, which are represented by the gold-backed ‘W’ icon. Should one of these appear on either reel they will act as a standard wild, substituting for all other symbols, but it also has the chance to either stay as it is, expand up, expand down or expand in both directions. 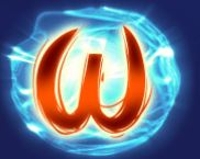 The game includes a standard wild symbol, represented by a blue-backed ‘W’. These can appear anywhere on the reels and will stand in for any other symbol to create a winning combination, except for expanding cloning wilds. 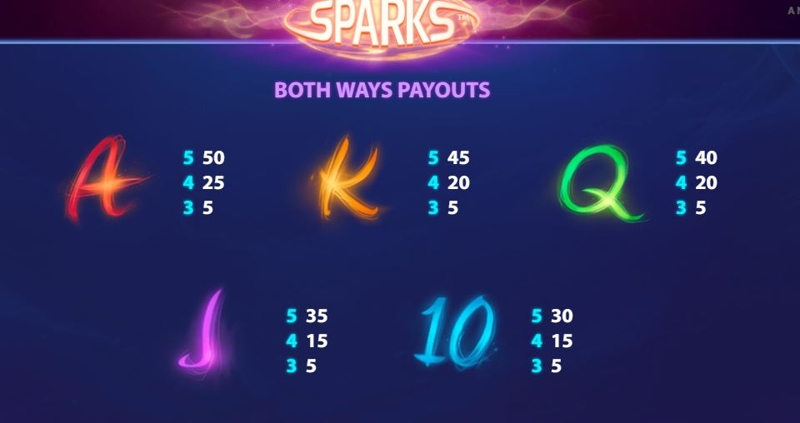 Sparks provides a very entertaining game to play, especially with the opportunity to play a win-both-ways game as well as a win-one-way game. The simplicity of the game, much like another Netent game Starburst, offers up a great interface and game overall, while the addition of the expanding cloning wilds makes it ever more compelling.