Golden Shamrock is an Irish Luck-themed online slot game by software giant Netent. It’s pretty cheesy in that it features all of the most stereotypical imagery in the genre: there’s the golden horseshoe, the pot of gold, beer, a harp and the leprechaun’s hat, and the backdrop is all green hills and creeping branches. Truth be told, though, the game is quite good-looking nevertheless. It’s not the flashiest or most glamorous we’ve seen by this software provider, but it gives off a kind of cozy vibe. Plus, there’s also that charming Irish soundtrack that no one can seem to resist. Although it’s been around for several years now, players still keep coming back to it.

As far as the setup in Golden Shamrock goes, it features the most common layout of 5 reels and 3 rows. There are 20 paylines available for you to bet on, and unusually for Netent offerings, you have the freedom to adjust the number of paylines to your liking. This adds further flexibility to the betting range, which starts off at only 1p per single spin. The maximum bet will set you back a total of £100 per spin. 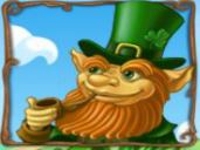 Fittingly for this theme, the Wild symbol comes in the form of a leprechaun, and it can replace any of the other symbols on these reels to help form winning sequences. The only symbol the Wild will not be able to substitute for is the game’s Scatter symbol. Furthermore, the Wild can only appear on the middle reels 2, 3 and 4; and if it manages to participate in a winning combo when it lands, then it will turn into an Expanding Wild and cover the whole reel. 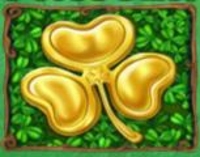 The Freespins bonus feature is without a shadow of doubt the biggest attraction that Golden Shamrock has in store. In order to trigger it, you will need to keep a sharp eye out for the Golden Shamrock Scatter symbol, as you will need to land three simultaneously during a spin for the feature to activate. Once done, the Scatters will light up and you will be prompted to pick one of them. As a result, the Scatter of your choice will reveal the number of free spins you’ve won, as well as the multiplier they will come with.

You can also get the chance to re-trigger the bonus by landing another 2 or more Scatter symbols at the same time. Again, just like during the initial trigger, you will need to pick one of them to reveal how many more free spins you will gain.

Golden Shamrock is every bit as predictable in terms of its appearance and its setup as you would expect. There isn’t a whole lot on offer as far as the bonus features go, which you have already come to see. In fact, it’s basically just the free spins round that players have to look forward to and triggering it won’t be easy. However, due to the game’s high volatility, once you do get to the bonus round, you can hope for some pretty big winnings.