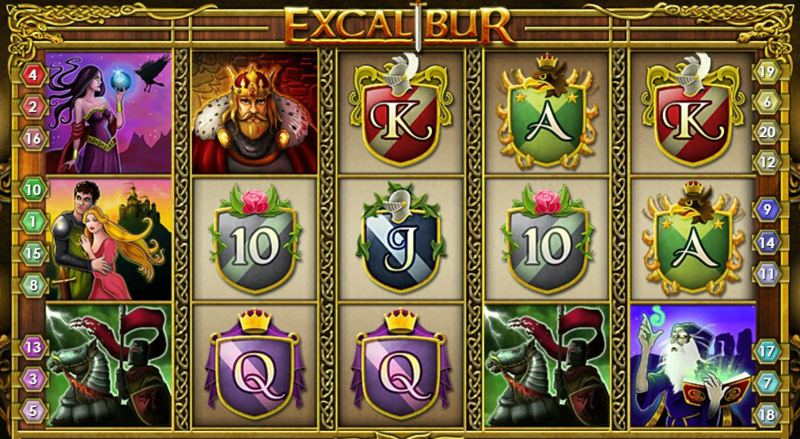 As any medieval enthusiast will confirm, Excalibur is the legendary sword of King Arthur, sometimes attributed with having magical powers. It is perhaps fair to say that no other medieval themed game takes a topic and incorporates it so readily into its gameplay. Excalibur features reels filled with shield backed A, J, K, Q and 10 symbols, while the others are made up of interesting characters such as King Arthur himself, the magical wizard Merlin, and a raven haired enchantress. You’ll also find a knight on horseback, a woman appearing out of the water and two star crossed medieval lovers.

Excalibur has five reels and three rows and offers up 20 different paylines. The bet level is able to be altered between one and four, while the bet lines can be customised as well. The coin value can be switched from a minimum of £0.01, up to £0.02 and £0.05 and so on until you reached the maximum of £1.00 per line. This allows for an overall total bet of £80 per spin across all 20 paylines.

The sword Excalibur itself buried in a rock represents this game’s wild symbol. Wins with regular wilds will double the payout when included in winning combinations. Wild symbols substitute for all other symbols except scatters and golden wilds. 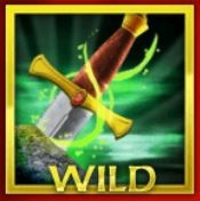 Golden wilds appear on the third reel and will substitute for all other symbols like the standard wild, except for scatters. 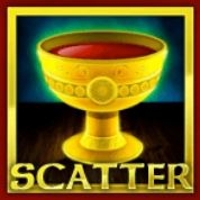 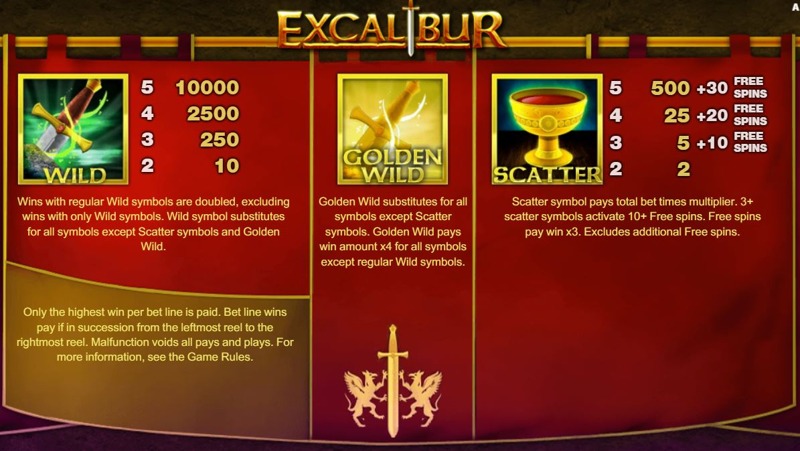 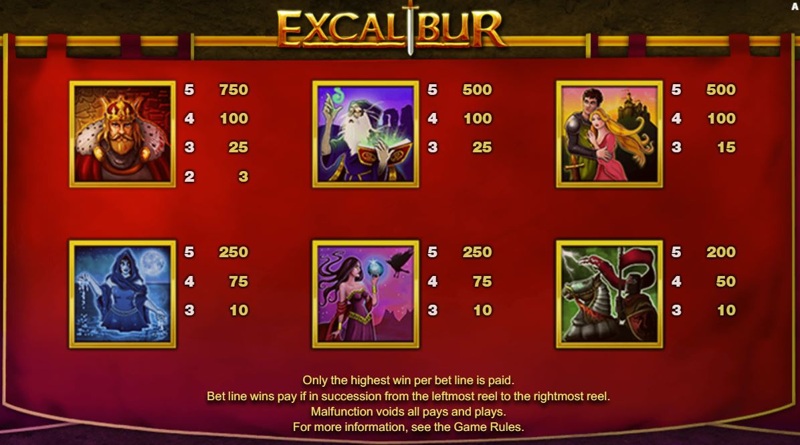 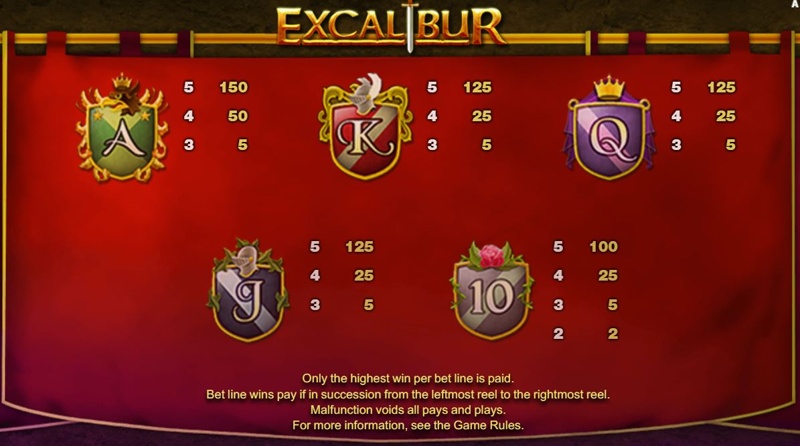 Excalibur is a wonderful game, complete with apt soundtrack and thematic symbols. The additional benefits that the game provides, such as its free spins and wilds, provide extra incentives to play this game. As mentioned, there are few medieval themed games that so thoroughly incorporate the subject matter into gameplay, but this is a NetEnt game after all, and if it isn’t done right it isn’t worth doing at all.