The title for this game “Gonzo’s Quest” hints at the premise behind it but still leaves something to the imagination. The theme draws on the Spanish explorers who went out searching for new lands in the America’s in the hope of claiming land and finding gold and riches. The graphics in the game brings this exploration to life with many characters and icons befitting of the Aztecs and of the ancient people of Central America. The Spanish explorers could be quite brutal in their bloody hunt for riches, but this game takes a more light hearted approach towards the same goals.

The game, which has been produced by NetEnt, has 5 reels and 20 paylines. There is no progressive element to this game and there is no bonus round either, which will annoy some players. The game does feature the Free Fall style of play though, which makes the main game play a bit more like a bonus round, but it is not a true bonus round. The standard jackpot is 2,500 coins but with the benefit of the multiplier, it is possible to collect up to 12,500 coins, so there is a chance to claim a big reward from the game.

There is no bonus round in the game, but when you trigger the Free Fall round the game plays as though free spins are in place, except winning combinations disappear and other tiles will drop down to replace them. This increases the chance of being a winner. There is a large multiplier involved with the Free Fall round that can go all the way up to 15 times your total winnings. 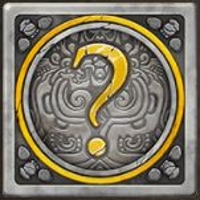 The wild symbol in the game is a silver tile which has a golden question mark engraved into it. As you would expect, this symbol substitutes for all of the other symbols in the game apart from the scatter (or in this case Free Fall) symbol. The wild symbol is therefore essential to anyone looking to win big with this slots game. 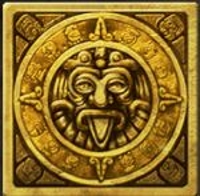 You should be looking out for the Free Fall symbol in this game, which is a tile of solid gold and has a god of the Aztecs embossed onto the front of the tile. If you manage to capture at least three of these symbols on consecutive reels you will set off the Free Fall round.

Gonzo’s Quest is an incredibly fun game that looks absolutely brilliant. The Free Fall element of the game is exciting but when it comes to the playing of the game, there will be some players that are annoyed about the absence of any proper bonus round.