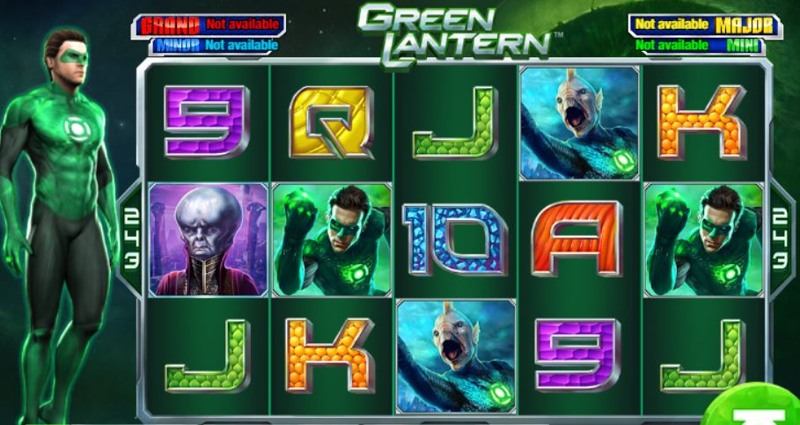 Green Lantern is one of Playtech’s latest releases, and with all the Marvel and DC comics hype it’s also among its trendiest. Obviously, this online slot game is based on the superhero of the same name, and more precisely, the 2011 film which starred Ryan Reynolds as Hal Jordan. First off, we’d like to point out that the graphics in this offering are nothing short of amazing. You have the titular character floating in outer space right beside the reels, and from time to time he’ll even send a laser beam off to various locations on the screen depending on what’s going on. In addition, keep the sound on for the cool sound effects that really contribute to the ambience of the game.

This leads us to the game’s layout, which features 5 reels and 3 rows. Aside from that, there’s a tidy 243 ways to win in this title, and that makes for some pretty grand moneymaking opportunities. However, that also means that you won’t be able to adjust the number of paylines here in any way, and with that in mind, you may find the stakes here costly. The minimum bet will set you back 40p per single spin, and the maximum amount you will have the possibility to stake is a sky-high £2,000 per spin.

Green Lantern comes peppered with special features and we’d expect nothing less from a title like this one. For example, there’s the Collapsing Reels feature around which most of gameplay revolves; when landing winning combos, the symbols that make up those combos will disappear. Hence, they will make room for other symbols to fall and take their place, so you can potentially land even more winning sequences from that single spin. 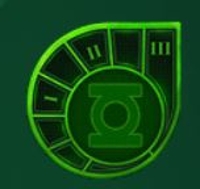 Pay attention to the Green Lantern Power Bar, which you can see in the bottom right corner of the screen. Every win will fill up one block in the Power Bar, and if you fill all 4 blocks, this will randomly trigger one of three missions with corresponding charges. The number of charges is determined by the number of consecutive wins (filled blocks). 4-5 wins will give you 1 charge, 6 or 7 wins will award you 2 charges, and if you fill the whole Power Bar (8 wins) this will grant you the maximum 3 charges. 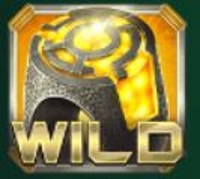 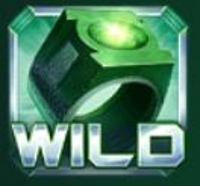 The good old Wilds can only land on reels 2, 3, 4 and 5 and, as is traditional, they replace all symbols in the game. 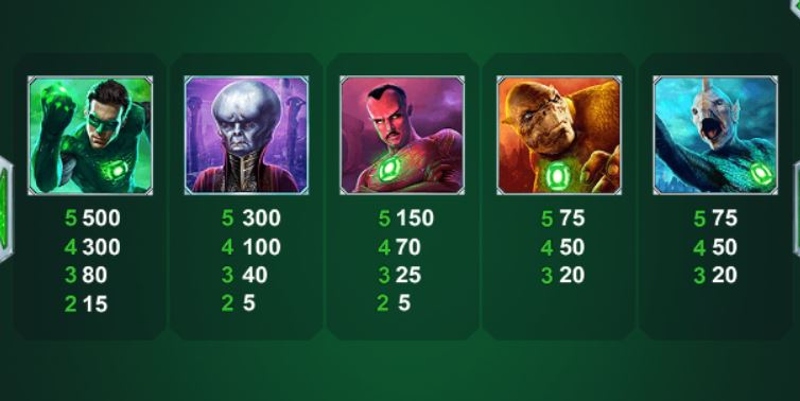 Green Lantern is an excellent medium variance offering, with great features and even better visuals. It also doesn’t hurt that you have a chance to win one of 4 Progressive Jackpots.