Justice League is an online slot game by leading software manufacturer Playtech, and it focuses on some of the most popular DC comic book superheroes as its theme. With their rise in popularity these days, and now that Hollywood is releasing DC and Marvel flicks by the dozen each year, this game will probably be more appealing than ever. Then again, it hasn’t really been that long since its release, so it’s still pretty fresh. Justice League comes equipped with high quality visuals and depicts the actual actors from the motion picture on its reels. You have Wonder Woman, Superman, The Flash, Cyborg, Aquaman, and Batman to accompany your gameplay. The action is set against a desolate landscape, with fumes and smoke rising up towards the sky.

This brings us to the layout of Justice League, which boasts 5 reels and 4 rows. That’s a slightly taller grid than what you see most of the time in this industry, and it comes with a total of 40 active paylines. However, the paylines are fixed and for that reason you won’t have the opportunity to customize them at all. That leaves you with a moderately pricey betting range that starts off at a minimum bet of 40p per spin. The maximum amount you will be able to wager here will set you back a massive £2000 per single spin.

Besides the other features in this title, it also happens to boast a random bonus round; this is the Super Hero Respin Feature which can take place at any point during the game, on any spin. If you get lucky, you will see a glowing frame on one of the positions on the screen and the Superhero symbol that lands in it will turn Wild. Furthermore, you can also randomly retrigger this feature up to 5 times, and thus, you can potentially turn all six of the superheroes into Wilds.

The Wild symbol in Justice League substitutes for all other icons except the Scatter. In addition, you can expect it to land in just about any position, anywhere on the five reels. This also happens to be the symbol offering the highest payouts in the entire slot; as a matter of fact, lining up 5 Wilds on an active payline will land you a hefty 750 coins – so you will want to see it often. 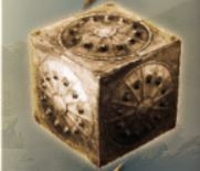 The Scatter symbol can only land on reels 1, 3 and 5, and you will have to land all three of them at the same time in order to trigger the Freespins Feature. What’s remarkable about it is that there are actually six different modes to this bonus – one for each of the superheroes. It will be up to you to select which of the modes best suits you, as each one comes bearing a different number of freespins and different extras.

Justice League not only looks fantastic, but it boasts an array of amazing features. In addition to those, there’s also the prospect of winning the Progressive Jackpot – but it’s a highly volatile offering.