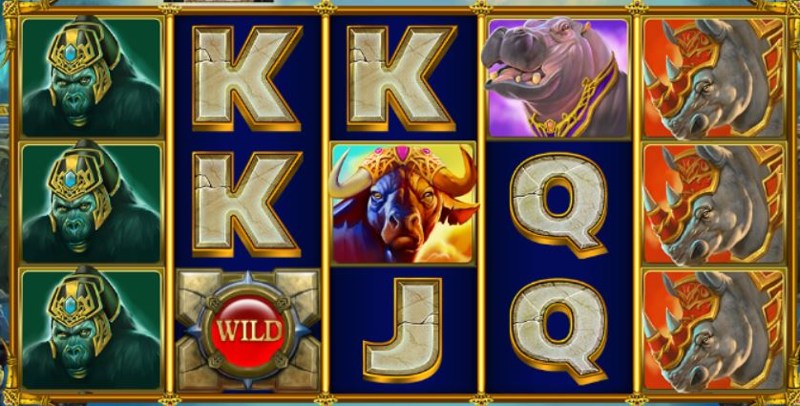 Jungle Giants is an online slot game brought to you by software provider Playtech, and we’ll start by saying that it lives up to any expectations about that you may have about this developer. First of all, the graphics are of very high quality; second, the visuals paint a breathtaking picture in the backdrop, but also continue to inspire even on the reels themselves. Evidently, the theme here is a jungle, and it takes you someplace far away where nature and ancient culture come together. Tall elephant statues stand on cliffs above a waterfall on either side of the reels, and these same majestic creatures come to life on the reels. Alongside them, you will also see other lavishly decorated animals such as water buffalo, gorillas, hippos, and rhinos. What’s more, there’s a very upbeat, dynamic soundtrack to enhance the vibe.

Now as for the game’s layout, it boasts the conventional grid of 5 reels and 3 rows. It also comes with a total of 50 active paylines, all of which are fixed and cannot be regulated. Here is where we should also point out that the stakes are rather high in this title. They start off at a minimum bet of 50p per single spin, and the maximum bet will set you back some £2,500 per spin.

Now, the reason that this game has the word ‘giants’ in it, is that it actually has giant symbols on the reels. These symbols are all of the higher value icons – the animals that we described earlier – and they can cover all of reels 2, 3 and 4, which is a total of up to 9 positions. Hence, they have the potential to significantly boost your winnings. In addition, the Wild can also appear as a giant symbol, which is even better. 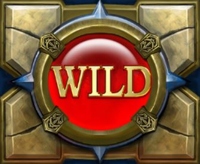 The Wild is this game’s most lucrative symbol and you can expect to see it just about anywhere on the reels during gameplay. With its help, you can hope to land up to 1,000 coins for a combination of 5 on an active payline. But on top of that, the Wild will be able to replace any of the regular symbols to help complete winning sequences. The only exception is for the game’s Scatter symbol. 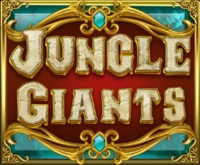 The Scatter appears as a giant symbol, as well, but you will need it to fully cover the middle reels 2, 3 and 4 in order to trigger the game’s giant freespins feature. Once this happens, you will receive a total of 8 freespins, and what’s more, during this feature all symbols on the middle reels will be replaced by giant ones and all of the higher value icons will appear stacked on reels 1 and 5. This includes the Wild symbol.

Better yet, throughout the duration of this bonus feature the lower value playing card icons will not be present on the reels. Thus, you will have even better winning chances, and as if that wasn’t enough, players will also have the opportunity to retrigger this freespins feature indefinitely. All you have to do is land another giant scatter symbol on the middle reels for an extra 8 freespins. 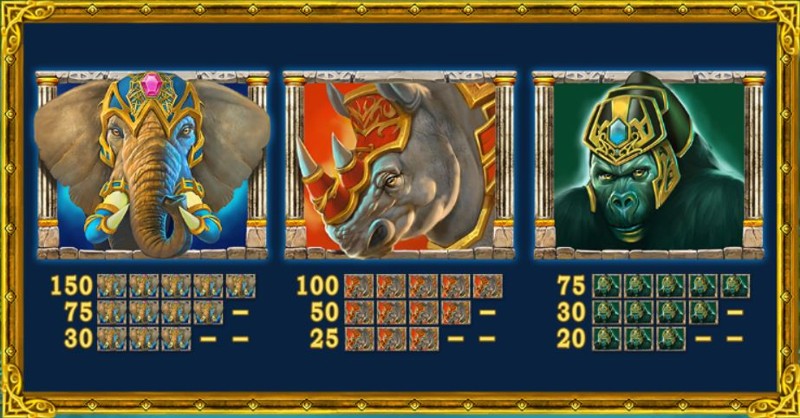 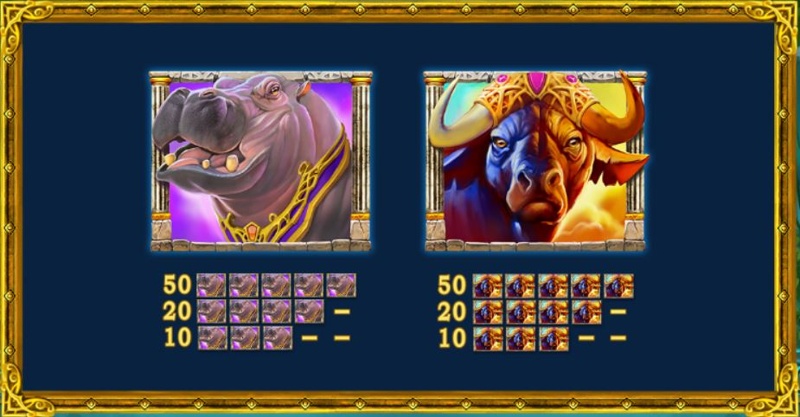 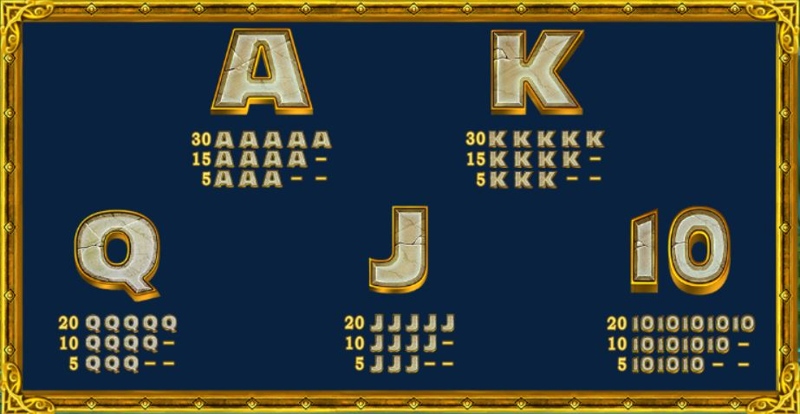 Jungle Giants certainly looks fantastic and it’s hard to argue with the fantastic winning opportunities that come with it. But this is, nevertheless, a pretty volatile offering, so it won’t be kind to everyone’s bankroll.