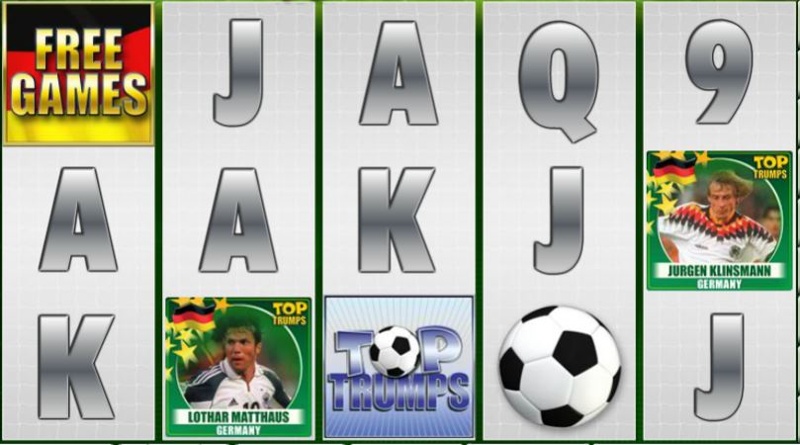 Football players are some of the most well-known sportsmen in the world, and this Playtech slot puts them at the forefront of this game. Now, this game is a few years old already, so you’ll see that some of the stars appearing on the reels are no longer actively competing. However, you’ll still get a kick out of spinning some of the sport’s best players. Even before you start this game there are some unique features; you can choose which two world teams you’d like to appear on the reels out of: Brazil, England, Germany, France, Italy, Argentina and Spain. This means that the symbols appearing on the reels (as far as the players are concerned) will differ depending upon which teams you select. You’ll be able to see the football pitch in the background of the game too, while its icons appear upon the reels themselves. Six lower-paying symbols show up first of all, which are the 9, 10, J, Q, K and A. Next in line, you’ll see three symbols of football players. As noted, these will change depending upon the teams chosen, but some of the players include Rooney, Ronaldo, Zidane, Messi, Klinsmann, Totti, and Reyes.

The layout of the game contains a set of five reels and three rows in total. This operates as a standard video slot design. At the same time, Playtech has included a total of 15 pay lines for you to wager on. You can customise these with the ‘Lines’ button which can be found at the bottom of the game screen. Additionally, you’ll find options for customising your wager, too. The coin value is set at £0.01 by default, but using the ‘Bet Per Line’ button you can choose between one and 10 coins. This means that the maximum bet in this game stands at £1.50 per spin.

You’ll find that this slot game from Playtech has a few special features available, although one of them requires you to access it directly. This is the gamble feature, which becomes available every time that you form a win in the base game. Accessing this round will allow you to gamble your winnings by trying to guess the correct colour of the next playing card to be turned over. Be wary though, because a wrong guess sees those winnings disappear. 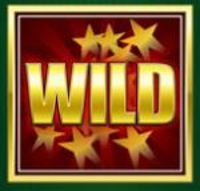 The wild symbol that is present within this slot has several stars behind it and the word, ‘WILD’ written in gold. This one is able to substitute for all other icons upon the reels, helping you with the formation of winning combinations. The only exceptions to the substitution rule are the bonus symbol, the free games icons, and the scatter.

If you bring five wilds into view on a winning pay line, you’ll be the recipient of 10,000 times your wager. 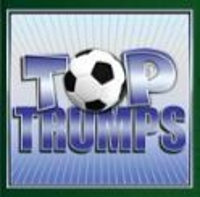 Speaking of the scatter symbol, this is present in the form of the Top Trumps logo. Scatter symbols have the ability to show up in any location on the reels and still reward you with a pay-out. If five of them come into view anywhere, you’ll receive a reward of 125 times your in-play stake. 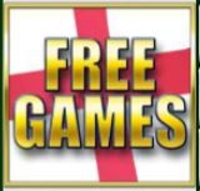 The two chosen teams that are in-play will also have flag symbols that operate as the freespins triggers, and you’ll need to spin a flag icon into view on reels one and five in order to activate this round. Doing so will give you 12 freespins with just a single team in action on the football field.

You need to be sure that the symbol appearing on the first and fifth reels is of the same team flag. It is therefore this team that will be active on the reels during the freespins round. 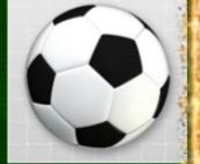 Finally, the symbol of the football will be the one to look out for when it comes to the bonus function. Whenever this comes into view on the second reel and a team member from the left-side chosen team is on its immediate left, the ball will be passed between all members of the team appearing on the reels. You’ll receive a pay-out of 3 times your total wager for every player that touches the football. The same can be said if the football shows up on the fourth reel and a player from the right chosen team is on the immediate right of it. 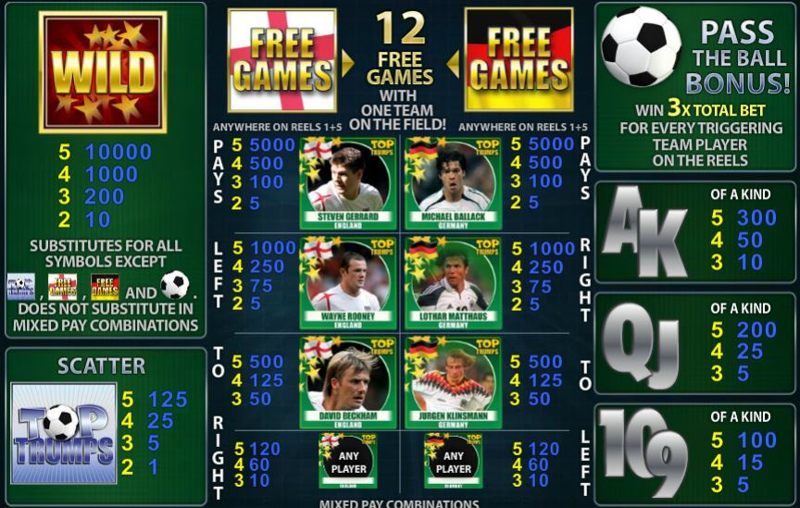 Fans of football are sure to love this Playtech game. It brings the excitement of football together with intriguing bonus features and exciting online slot gameplay.