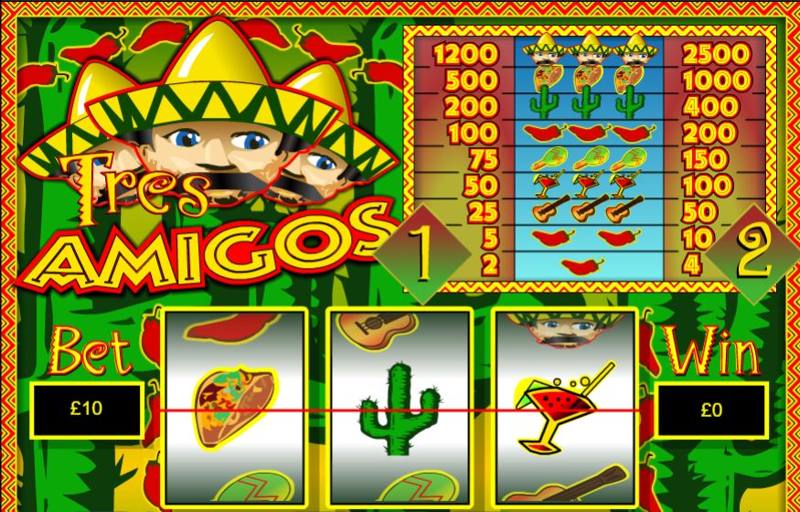 Three friends, or Tres Amigos as it’s officially titled, is a slot game that comes from the Playtech catalogue. Naturally, with a title like that, it can only have a Mexican theme running through it, right? That’s exactly what Playtech has chosen to do with this slot game, and even though it’s one of the developer’s classic slot offerings, it manages to incorporate the theme on a strong enough basis. Tres Amigos doesn’t have super high-quality graphics on display, but it does provide a good slot game for something that only utilises three reels. In fact, the theme is so well-integrated into the game that you’ll even get some authentic Mexican guitar strumming as you spin the reels. In the background, you’ll see imagery of cactuses and the three amigos that this game centres around. Spicy chilis can also be found, and speaking of chilis, these appear on the reels as the first symbol in the game. A guitar is visible on the reels next, while a cocktail is also present. An icon of a maraca, a cactus and, of course, the Mexican man are also present in the slot.

The layout of the slot features three reels altogether, which are joined by three rows. Just a single pay line is present which runs right across the middle row. This isn’t something that you can alter either, so you’ll only have one pay line to bet on and win from. You can adjust the value of the wager that you place though. Coin values between £0.01 and £5 can be selected, and either one or two of these coins can be wagered per spin. This means that the maximum possible bet in Tres Amigos stands at £10 per spin.

It feels necessary to mention that you probably won’t find a more straight up and down online slot game than Tres Amigos. It’s a base game through and through, so you won’t come across anything extra on its reels. Additionally, you can’t trigger any bonus rounds or freespins for example. This means that wild symbols, scatter symbols, bonus icons and bonus feature rounds are not included and do not exist within.

Therefore, if you’re a fan of having something else to play through other than a base game, perhaps Tres Amigos isn’t the slot for you. On the other hand, if this is of no bother to you and you like to keep things simple, you may have just located your next favourite game. 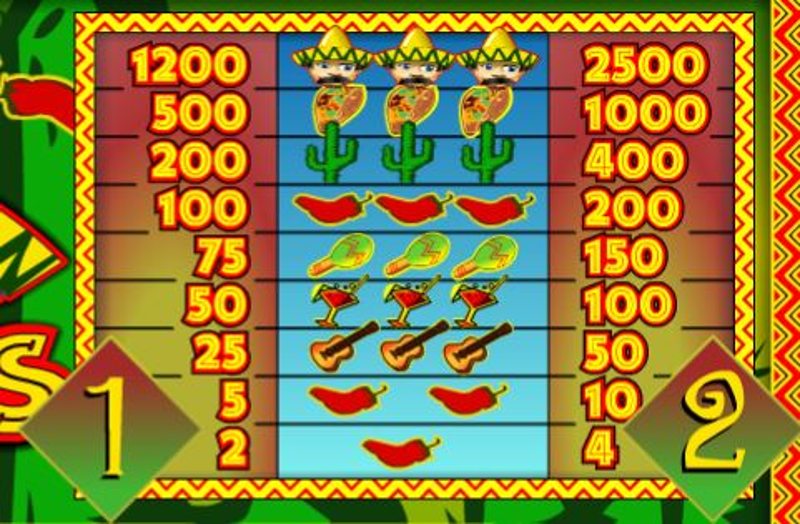 There’s little more to say about this Playtech game. The gameplay in general is decent enough, although staggeringly simple, so it may operate on a good level for newcomers to slot gaming. Anyone who is a bit more of a seasoned player may not get the same level of entertainment from it, though.