As you can tell from the title, Superman II is a sequel to an already existing online slot game by software manufacturer Playtech, and as it happens it’s also based on the second Superman movie of 1980. It also features many of the actors from the original motion picture, including Gene Hackman, Margot Kidder and Christopher Reeve, among others. As far as the graphics go, they may not be the fanciest but they’re very reminiscent of the film itself, and in the backdrop you can see the city of Metropolis where all of the action takes place. This leads us to some of the other symbols you will see on the reels, featuring the lower value playing cards from A to J, as well as a pair of glasses and the notorious kryptonite.

The layout in Superman II is quite conventional, though. It features the common grid of 5 reels and 3 rows, and with them come a total of 25 paylines. These paylines are also fixed, so you will not have the opportunity to regulate them, and therefore the minimum bet in this title will set you back some 25p per single spin. The maximum bet, on the other hand, takes off and soars up to £500 per spin.

Superman II boasts an array of different special features, and one of them, in particular, is randomly triggered. This is the Superman Wild Feature, which can take place at any point during gameplay. Once active, it will see Superman fly across the screen, turning from 2 to 4 random symbols into Wilds.

Besides the abundance of bonuses there are the 4 Progressive Jackpots to look forward to, as well. The chance to win one of them is awarded fully at random, although you will have a higher chance of this happening if you play at a higher stake. Another pick me game will follow, which will award you one of the progressives. 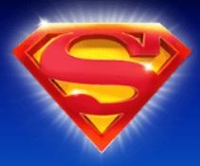 The Wild symbol can appear in any position, anywhere on the five reels. It is the most lucrative symbol in the game, offering payouts of up to 5,000 times your line bet. In addition to that, it can substitute for all of the other symbols to help complete winning combinations. That is, however, with the exception of the game’s Scatter symbol. 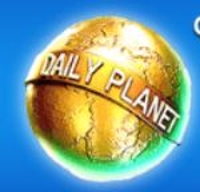 The Scatter symbol appearing simultaneously on reels 1, 3 and 5 triggers the Daily Planet Headline Bonus, and this is where you actually get to randomly select one of the five available bonus features to play. 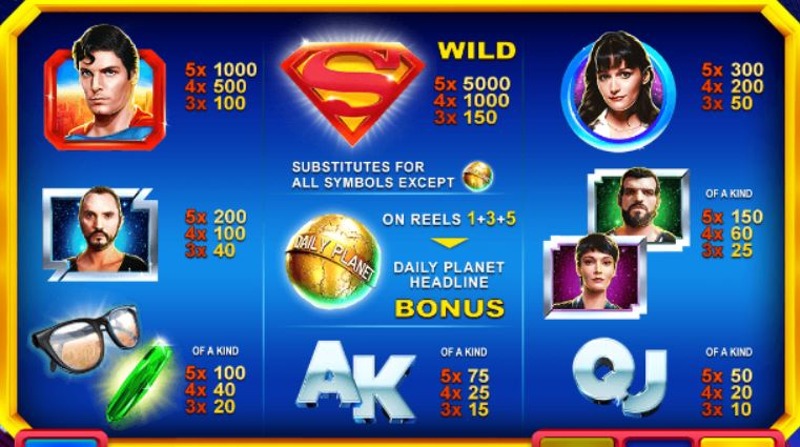 Superman II is clearly abuzz with various quality features, and it’s a very worthy medium variance title all in all.