If the movies are to be believed, an alien invasion would be a threat to all of humanity. Fortunately, Rival Gaming has chosen to incorporate friendlier looking extra-terrestrials into Alien Spinvasion, which seems to bode well for the citizens of Earth, because their ship appears to be nearing the planet.

With this slot being one of the developer’s more recent releases, the graphics within are exceptionally appealing, making for a truly entertaining visual experience. This extends to the game’s symbols, which start out with standard playing card additions from the purple 9 through to the green A, but alongside those you’ll also see the addition of a flying saucer, which will multiply your wager by up to 33x over. There’s also an asteroid as a symbol, while the alien laser zapper comes next, and a bizarre yellow-green blob operates as another. The telephone-like symbol with the red button at its centre is another, and finally, the depiction of planet Earth provides the game with its highest paying standard symbol.

Alien Spinvasion all takes place on a standard layout featuring five reels and three rows, but Rival Gaming has taken the decision to add a set of 50 pay lines for you to bet on. You’re able to reduce the active number of these by using the plus and minus buttons on the right-hand side of the screen. You can choose a coin value between 1p and 25p, and then select the number of coins you would like to be in operation per line. Between one and 10 can be selected, meaning that the slot’s highest possible wager stands at £125 per spin. 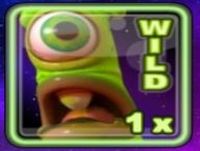 The wild symbol that appears in this game comes in the shape of the green alien with a single eye. This one can appear anywhere and it will replace all other symbols to create a winning combination where there wasn’t one before.

The wild is also sticky, meaning that when it contributes to a win it will remain on screen and also trigger a re-spin. Additional sticky wilds appearing after the re-spin will start the process all over again, and this continues until no further wins can be formed from sticky wilds. Furthermore, with every re-spin that takes place, the multiplier on the left-hand side of the reels will light up. This will apply a win multiplier of up to 11x to your combinations. 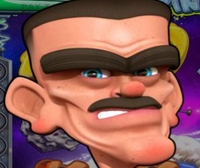 Earth needs someone to defend it from the oncoming aliens, and the army appears to have been drafted in. The army General may randomly make an appearance on screen to take command, and he will provide you with 11 free spins when he does. During this round, all of the symbols become drop symbols.

Any drop symbol will trigger the slot’s Drop Feature, meaning that the icons triggering the win will disappear from the reels and the icons above them will fall down into the empty spaces left behind. This gives you the chance of forming more wins from a single free spin. Furthermore, during this round, the rocket icon will come into play. It operates as a standard symbol, although it can pay out up to 100x your in-play stake. 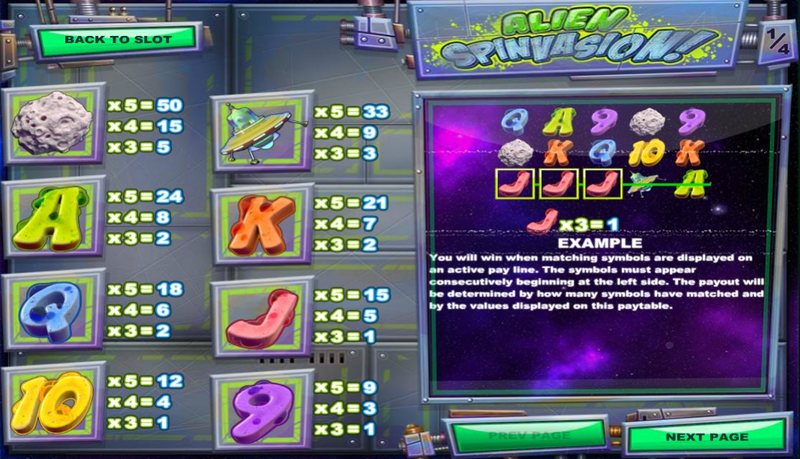 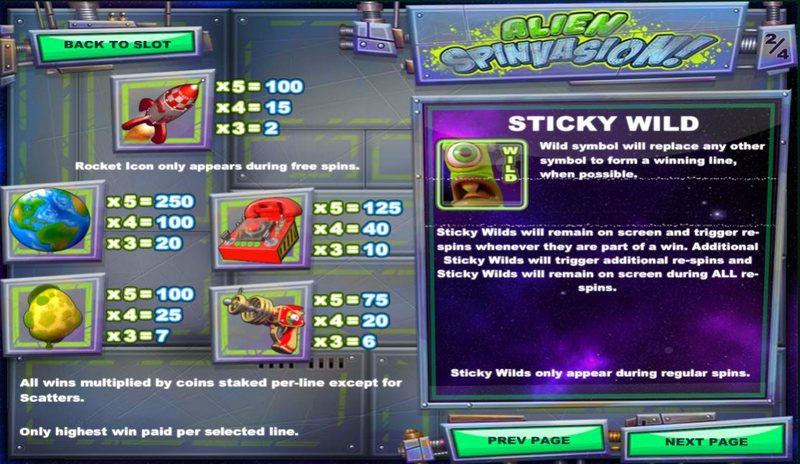 Alien Spinvasion will doubtless provide you with hours of entertainment, thanks to the inclusion of such fun and quirky graphics within. Additionally, the fact that there’s a free spins round with an extra symbol plus other perks makes it an even more exciting slot to play. Rival Gaming has also included a very helpful wild into the game, which comes with an increasing multiplier and re-spins. What more could you ask for or expect from an online slot game named Alien Spinvasion?