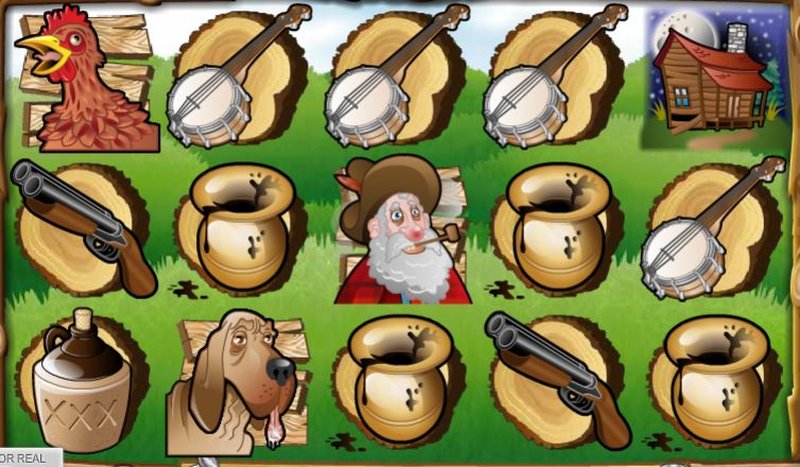 Down on the ranch, the production of moonshine is in full swing, with grandma, her grey-haired husband and their bountiful granddaughter all being in on the business. Rival Gaming executes this wacky theme in the most entertaining of ways, featuring decent graphics and fun animations, as well as one or two inbuilt special features. Moonshiner’s Moolah is quite the ride.

There are 20 pay lines to play for across the 5 reel 3 row grid, but if you wish to reduce the active number of these you can do so. You’re also able to adjust the bet that you place too. First, you need to decide upon a coin value between 1p and 25p before choosing how many of those coins you’d like in play per line between one and ten. This means that Moonshiner’s Moolah allows a maximum bet of £50 per spin.

The background depicts the fields of the ranch where the moonshine is produced, then the symbols begin with an urn, which is followed by a banjo. This one can multiply your bet by up to 60x, while the symbol of the shotgun can multiply it by up to 80x. There’s a completed bottle of moonshine as another symbol, while the family’s truck is also present. A tractor and the ranch itself can be seen as two more symbols, yet it’s the family dog that operates as its highest paying standard addition, providing maximum rewards of 500x your stake. 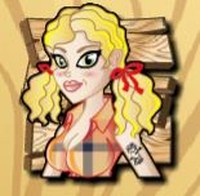 The curvy granddaughter works as this game’s expanding wild symbol, which means that her first priority is to substitute for all of the other standard symbols in Moonshiner’s Moolah. Therefore, she can very much help with creating winning combinations, although she will only appear on the first reel of the slot.

Whenever it is possible to form additional wins on other rows, she will expand to cover the entire column that she is present on. 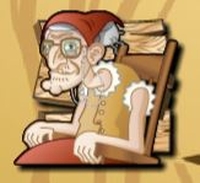 Grandma can always be found in her rocking chair on the porch, and she is this slot’s jackpot symbol. While she oversees the production of moonshine, she’ll also be prepared to provide large pay-outs to you.

It’s only necessary to spin two or more of this symbol into view in order to receive a pay-out from it, but five of grandma appearing on the reels will reward you with a bet multiplier of 1,000x. 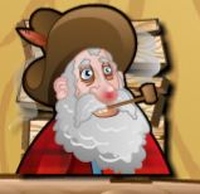 Grandma isn’t alone in her ranch though, because grandpa is still around to keep an eye on things. He’s smoking a pipe and standing by, but he will also trigger the Bottle Bonus.

You need to spin three or more of the grandpa symbol into view across the reels in order to activate this round, and playing it will provide you with the chance to significantly boost your win balance. 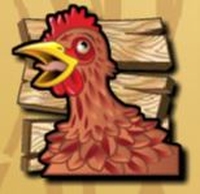 You will also see chicken symbol appearing on the reels during base gameplay. It is this symbol that activates the Chicken Shoot Bonus feature, and this occurs whenever three or more of them appear in any position.

In this bonus, you need to shoot the pesky chickens who threaten the grain that is needed for the production of moonshine. The more you get, the higher your reward. 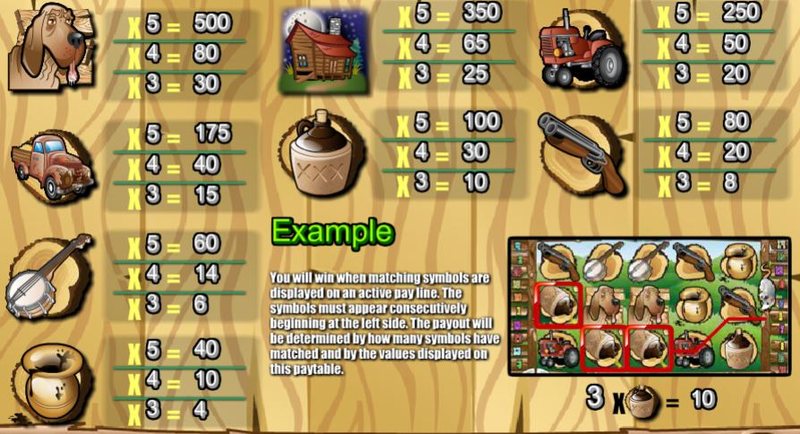 Moonshiner’s Moolah is a thoroughly entertaining slot game from start to finish, and this is due to the inclusion of wonderful graphics, a well connected theme, and plenty of special features. The expanding wild is perhaps our favourite perk, as it can appear quite frequently during base gameplay and assist with the creation of wins. Overall though, this is another great slot to play from Rival’s collection.