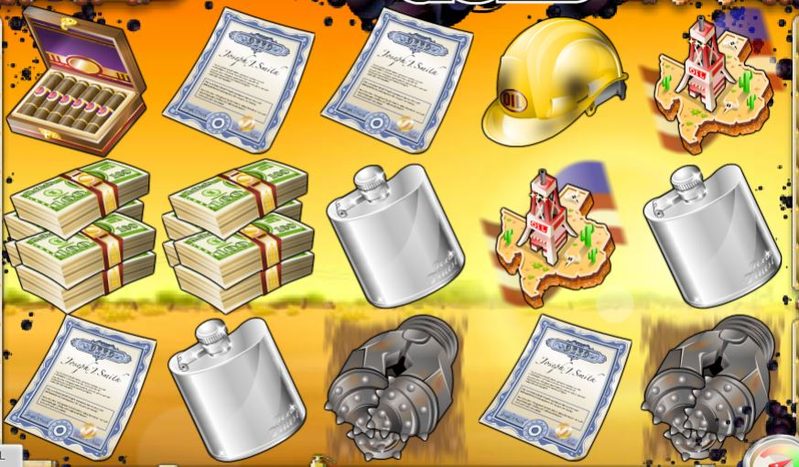 You may have heard petroleum or oil referred to as black gold, and that’s because countries with access to oil can sell it on for huge amounts to other countries around the world. Well, Gushers Gold from Rival aims to bring this scenario to life, with the extraction of oil being the focal point of the game. Fortunately, it features some wonderful graphics and animations from the developer, ensuring that a visually appealing time is had while playing it. Not only that, but the overall theme is executed in a very compelling way, too.

Gushers Gold is set up to take place on five reels and three rows in total. At the same time, the slot features 20 pay lines for you to place your wagers on. These pay lines are able to be customised easily enough, you just need to utilise the ‘Select Lines’ button in order to bring your preferred number into play. Then you can select a coin value between 1p and 25p to begin customising your bet, before choosing a specific number of coins to come into action per line between one and 10. This will afford you a maximum bet possibility of £50 per spin.

When you access Gushers Gold, you’ll also see that it contains some exciting graphics throughout. The background depicts a blurred landscape, it seems to be an oil field but it’s hazy in the sun. Then, upon the game’s reels, you’ll be able to find its various symbols. These start with a certificate allowing oil mining to take place, followed by a whisky hip flask. The yellow hard helmet can also be seen as a symbol in the game, offering up maximum rewards of 80x your bet. Stacks of cash come next, while a cut out of Texas with an oil rig on it is also present. A box of cigars and an oil drilling rig are on hand too, but the highest paying standard symbol is of the flashy car, which can pay-out up to 500x times your stake.

At the left-hand side of the game’s reels, you’ll see a jackpot meter. This fills up at random points, and if it manages to fill up with oil right to the top, then you’ll receive a random pay-out of coins from Gushers Gold. 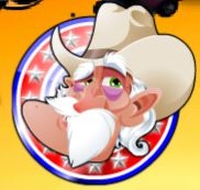 While playing this game, you may see the jackpot symbol come into view. It’s the oil tycoon that represents this one, and he is able to provide you with one of the game’s highest pay-outs.

You only need to spin at least three of this symbol into view in order for that to occur. However, if you spin five jackpot symbols into view, then you’ll receive a bet multiplier of 1,000x. 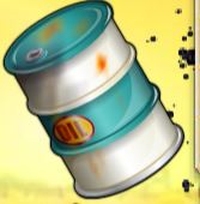 The oil symbol in Gushers Gold works as its wild. This means that wherever it appears on the reels it will substitute for all other icons, so you can make winning combinations more frequently. Furthermore, if extra wins can be formed on other rows and pay lines, the oil drum wild will expand to cover the entirety of the reel that it’s on.

Scatter symbols will not be substituted for by the wild, and the oil drum will only show up on reels one, three and five in the game. 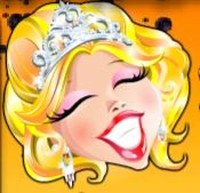 It seems as though the Texan oil tycoon has managed to bag himself a beauty queen thanks to his wealth. The beauty queen appears on the reels in all her finest jewellery with a big smile on her face. She is able to trigger the slot’s free spins feature whenever three or more of her come into view on the reels in any position. 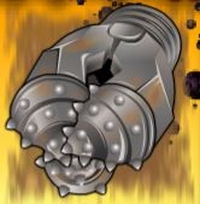 The bonus symbol that is present in Gushers Gold comes in the form of the oil drill head. Whenever three or more of this symbol appear anywhere on the screen then the bonus round will start.

In it, you need to drill for coins, so you must first choose a specific oil rig from those available on the screen. Then, use the red lever to select the depth you would like to drill down to before pressing the ‘reveal’ button to set the drill off. You’ll then see what kind of reward your oil drilling will provide. 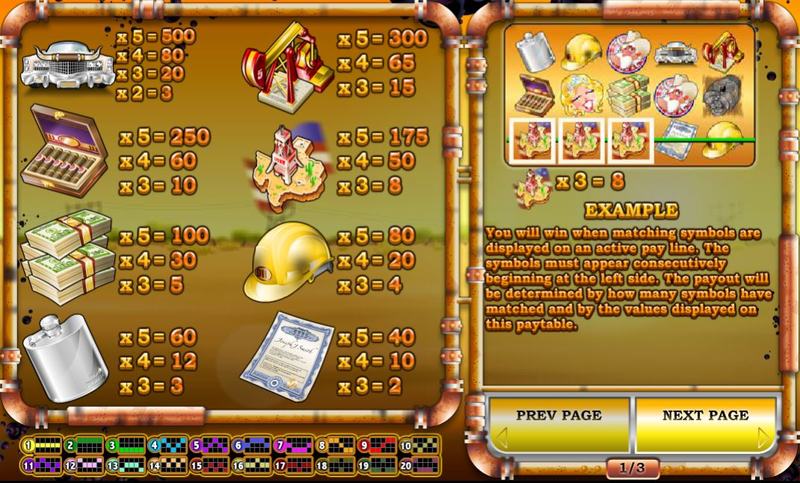 We’re not sure if Rival Gaming has created a better slot game than Gushers Gold. Not only does it contain some really wonderful graphics throughout, but there’s a great selection of inbuilt special features for you to enjoy, too. Perhaps it’s the RTP that offsets this though, as it is pretty low. Still, on the whole, we’d consider this one of the greatest online slot games to play from this developer.