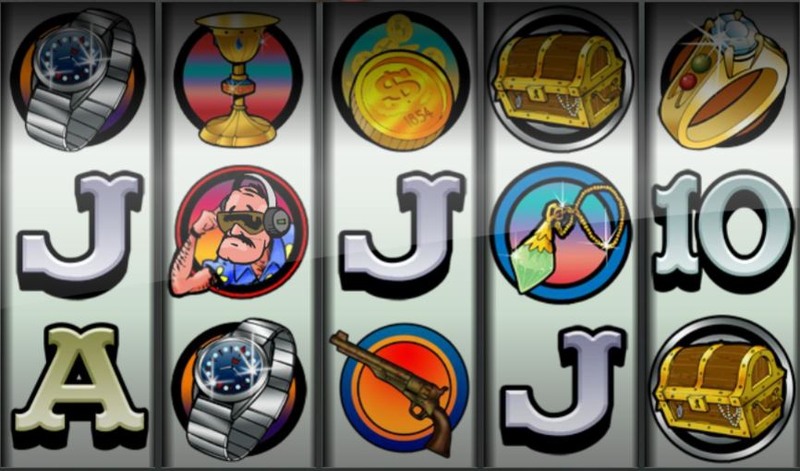 Metal detectors can be used for locating all kinds of buried treasures, from simple coins through to diamond rings and bejewelled necklaces. This Rival Gaming slot aims to provide you with a metal detecting experience and a slot gaming experience combined. Well, it takes you down to the beach where plenty of people have lost things in the sand or in the sea and they’ve washed up on the shore. So, are you ready to seek out your own buried treasures?

Metal Detector takes place on a standard video slot interface that includes five reels and three rows in total. This layout also incorporates a set of 15 pay lines, although if you wish to bet on fewer you can customise these. In order to do so, you can simply press the ‘Select Lines’ button, and afterwards, you may wish to adjust the bet that you bring into play on those lines too. Just choose a coin value between 1p and £1, and then choose how many coins to play per line between one and five. This means that the game allows you to place a maximum overall bet of £75 per spin.

On the visual side of things, Metal Detector utilises some impressive graphics. There isn’t really much of a background in play, but the reels appear to take place on the screen of a metal detector. The first of the slot’s symbols are present in the shape of playing card symbols running from 10 through to A. The latter of these can provide a maximum pay-out of 400x your bet. There’s also the inclusion of a golden goblet, a silver watch, a jewelled necklace, and a rifle. Then come the highest paying symbols, which are the gold coin, the diamond ring, and the treasure chest which can provide maximum rewards of 2,000x your stake. 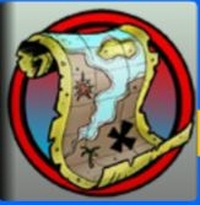 The Metal Detector slot comes complete with its own free spins feature that you can trigger by the appearance of the map with the “X” on it. You’ll need to bring at least three of this symbol into view in any position on the reels in order for this to happen. Curiously though, you’ll only be given a single free spin if this occurs.

A multiplier will also be in operation for that free spin, so you’ll see your pay-out boosted should you manage to form a win on that spin. We’re not entirely sure how valuable a single free spin can be, but it does at least add a little something more to Metal Detector. 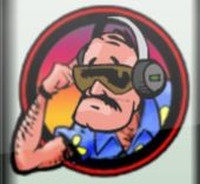 Once you locate buried treasures, you need to dig down to find it. There’s a bonus round in this slot game to reflect this, which is the Dig Bonus. Triggering this is possible when you spin three, four, or five of the metal detector man symbol into view anywhere.

The Dig Bonus feature round allows you to go on your own buried treasure hunt with your metal detector, and you’ll need to dig in the location that you think there’s something hidden. The better the items that you uncover, the greater your reward for finding them will be. 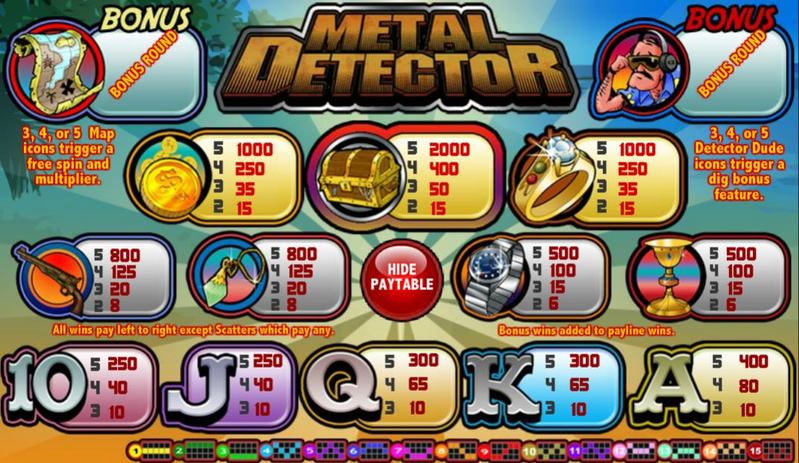 We certainly appreciate the inclusion of the bonus round in Metal Detector, as it’s something different that is specific to this game. The single free spin is quite insulting, though, we would like to have seen Rival Gaming incorporate more than just one. However, on the whole, the slot does incorporate some impressive enough graphics and animations, whilst also utilising a good theme. A wild symbol would have been a nice addition too, but overall, it’s a decent slot to spin the reels of for a short while.